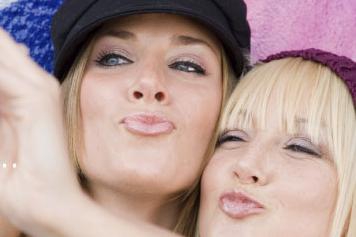 We all get hair cuts. But few of us consider what happens to the leftover waste hair styling creates. Guess what? It ends up in landfills and the chemicals in the hair dye drain into the ground water.

Green Circle Salons, a Toronto-based company, which launched in Vancouver this month, has created a way to  recycle the waste hair salons produce and divert it from landfills.

Vancouver hair salons are signing up with Green Circle, charging an extra $1.50 for a haircut and style. That small change  goes toward a sustainable solution to salon waste and helps to green an industry that leaves a significant carbon footprint.

The program is designed to be easy and hassle free. By separating hair, metal, plastics, paper and chemicals at the source, it allows for easy pick-up and delivery of recyclable products that would otherwise go to landfills.

Aside from pick-up and delivery fees, the other portion of the fee goes toward making "green changes" to the salon's business.

"At the end of the day, we're able to divert 85 to 95 per cent of the waste created," said Shane Price, Green Circle Salons CEO, and founder.

Price started Green Circle Salons in Toronto in 2009. Before that he had spent time in Japan working at a experiential learning center focused on connecting young people with the planet, where he and his students would often fly to Vancouver for educational purposes.

One day, after a conversation with David Suzuki's daughter, Severn Cullis-Suzuki, Price felt inspired. And then, while getting his hair cut later, he started to wonder what happened to all the waste hair salons produce. He asked his stylist about it. The answer got under his skin -- it was put in the garbage. Then, like a light bulb turning on in his head, Price came up with the idea for his company.

Price identified the need to help salons green their businesses, reduce their environmental footprint, and keep hair colour products and chemicals out of the waste stream.

"It began by identifying the problem, and then talking to industry players," Price said. "Leading salons were prepared to take that step."

The company's goal is to develop a green mentality in the beauty industry so that "everybody wins -- people, companies and the planet," Price said.

As a practical use for hair, the company converts it into cloth bundles that can suck up oil after spills, called a "hair boom."

During the 2010 BP oil spill in the Gulf of Mexico, hair booms were used to pick up some of the oil, as a last line of defense. When oil encroached on the beach, or if oil migrated out on the water, the booms were placed on the area, with the hope it would get soaked up.

After Green Circle Salons gained popularity around Greater Toronto, news spread to Vancouver, and salons started to request the program come out West.

Denise Meikle owns Salon 5 Seventy in Yaletown. She said she heard about the company and its program when she was in Toronto at a styling workshop in February.

In her 28 years as a hair stylist, she said guests would always ask what   happened to all the waste, making the issue part of her conscience for a while.

"It's a great movement. It's about time someone came up with the idea ... Now finally, we're all contributing to making it a better world."

Salons that sign up are put into the company's Green Salon Directory, so that customers interested in environmentally sustainable businesses can search a location close to them.

Heading up operations in Vancouver is Jim Dreichel, who sits on the board of directory for the BC Beauty Directory, and is co-owner of Mine hair salons.

When Dreichel heard Green Circle Salons was moving to Vancouver, he had to get on board.

"Because the industry is so toxic to the environment, the program creates a positive change, a mechanism that creates an answer to the toxicity," he said. "It's a game changer, really."

Since the Vancouver launch, the number of salons signed on with the program has double from what was expected, according to Dreichel.