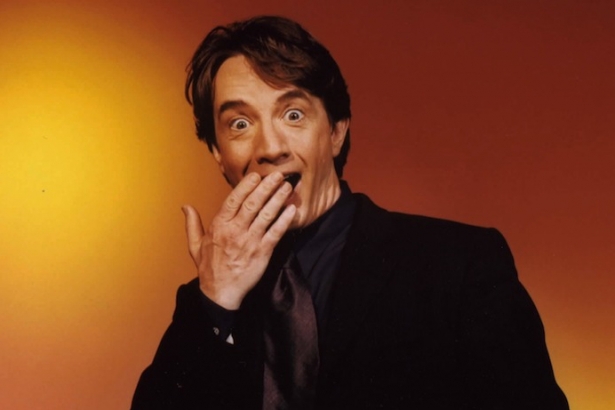 Vancouver’s annual Comedy & Arts Festival is back in town and it's bringing some of the top names in comedy with it, February 7-17.

Martin Short will open the festival at a gala performance on February 8.

This prolific actor and comedian has been unstoppable since breaking out on Saturday Night Live. Since then he has starred in films like Three Amigos, Tim Burton’s Mars Attacks, and Father of the Bride.  He recently reunited with Burton, working on his animated film Frankenweenie.

No stranger to the stage, Short is a Tony winner, amongst other awards, and brings a fiery zany energy to his performance. No matter what character he comes as. Short can act, dance, sing -- and eat plenty of donuts while interviewing stars as his alter-ego, Jiminy Glick.

Despite starring in two of the most family friendly shows on TV, Bob Saget is known as one of the dirtiest stand up comedians around. Appropriately enough, on February 15, you can join his show My Nasty Valentine.

If you're lucky enough, you might be able to bribe someone into parting with their ticket to one of Maria Bamford's sold out shows at the Comedy Mix.

For a show that's sure to surprise, catch Comedy Bang Bang, hosted by Scott Aukerman, at the Playhouse on Saturday, February 9th. Last year's surprise guests included the likes of Sarah Silverman and Patton Oswalt. Who will drop by this time?

Margaret Cho will close the fest with her new show, MOTHER. She'll talk all about motherhood and maternal figures with an appropriate dose of inappropriate riffs on February 16.

For more information on the Vancouver Comedy and Arts Festival, visit comedyfest.com