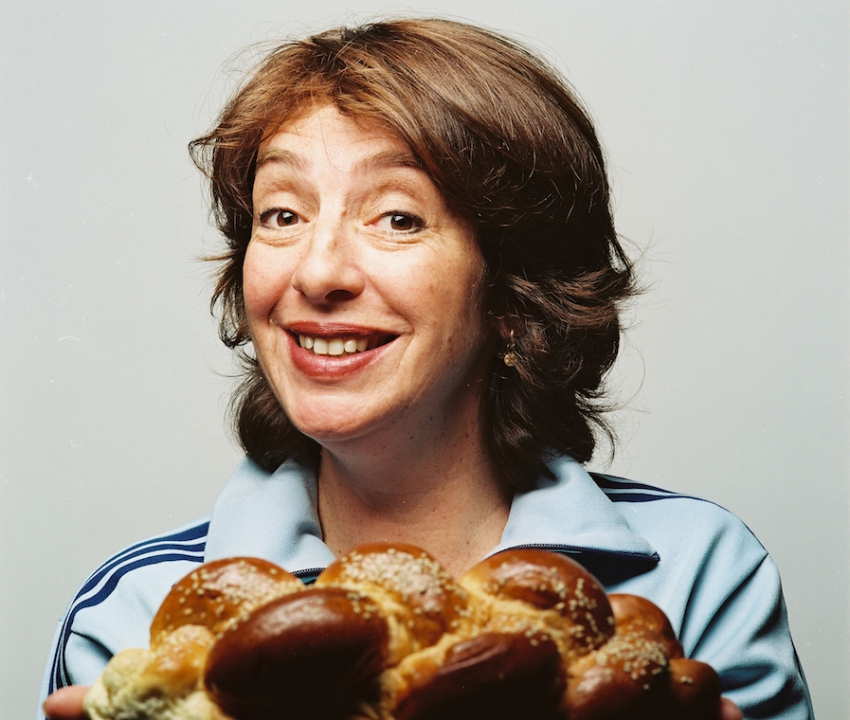 Comedienne Deb Filler’s got to be the most cost effective road show ever to hit the Jewish Community Centre stage. Just by transporting a single baby boomer and her acoustic guitar, the Chutzpah! organizers managed to treat us to half a century’s worth top-of-the-pops highlights.

Her star turn was liberally sprinkled with raunchy humour, untranslatably flavourful Yiddishisms and poignant personal memoirs. Complete with cameo appearances by everyone from Filler’s own parents to the Rolling Stones to Leonard Cohen to Ludwig van Beethoven.

To describe I Did it My Way in Yiddish (in English) as a 90-minute monologue hardly does it justice. Rather it’s a one-woman show with a couple of dozen dramatis personae. The full-house Sunday matinee audience, most of whom shared Filler’s own boomer demographic, lapped it all up, clapping and laughing and singing along with the corny old melodies.

The effect can be a bit dizzying. One moment she’d regress me back to P.S. 188, where I’m crooning “Puff the Magic Dragon” along with dear old Mrs. Zimpbaum, my kindergarten teacher. And then, just as suddenly, she’d turn around and lip-synch the baritone opening strains of the 9th Symphony’s “Ode to Joy” chorale. Or maybe she’d whack the guitar with a few chords of “Satisfaction,” curl her lips into an exaggerated Mick Jagger snarl and growl out:

Half the hilarity arises just from Yiddishizing some of the dialogue and song lyrics. You don’t need to know a word of the dialect to catch the humour. The sheer cadence and tartness of the language can keep you rolling in the aisles, when juxtaposed against some hackneyed old tunes and everyday conundrums. At least it worked that way for my Taiwanese wife, who was hardly alone as a visibly non-Jewish presence in the Chutzpah! crowd.

New Zealand-born Filler boasts decades of worldwide experience on stage and screen. She’s logged in the requisite years of waitress and cabbie work, waiting for her big break. She’s crossed paths with some of the greatest entertainers of her generation, and trained with such luminaries as Stalla Adler and Uta Hagen.

But, in the end, what makes her performance so irresistible is her innate mimetic genius – her sharp, compassionate observation of people, her instinct for spot-on timing and just-right exaggeration, her amazingly limber facial expression and body language. But, most of all, it’s the unfeigned warmth of her connection with her audience.