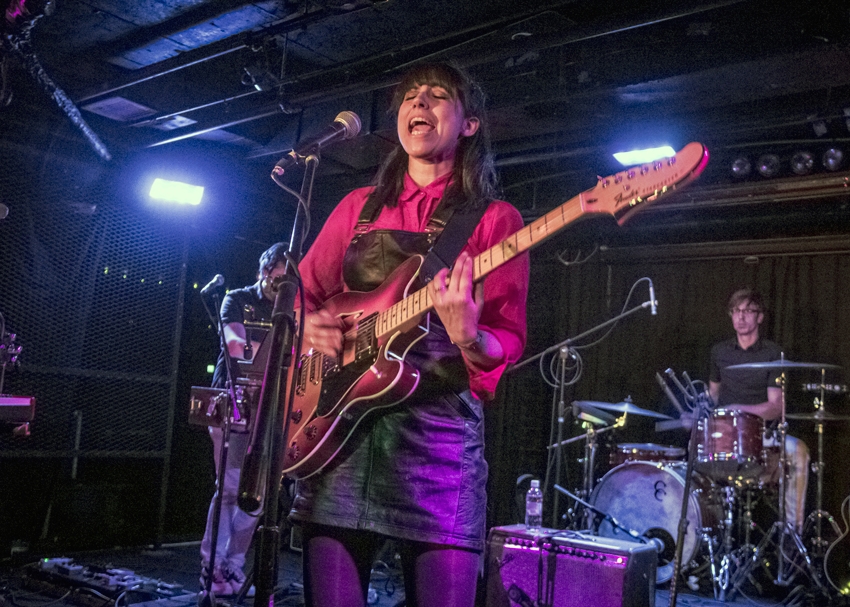 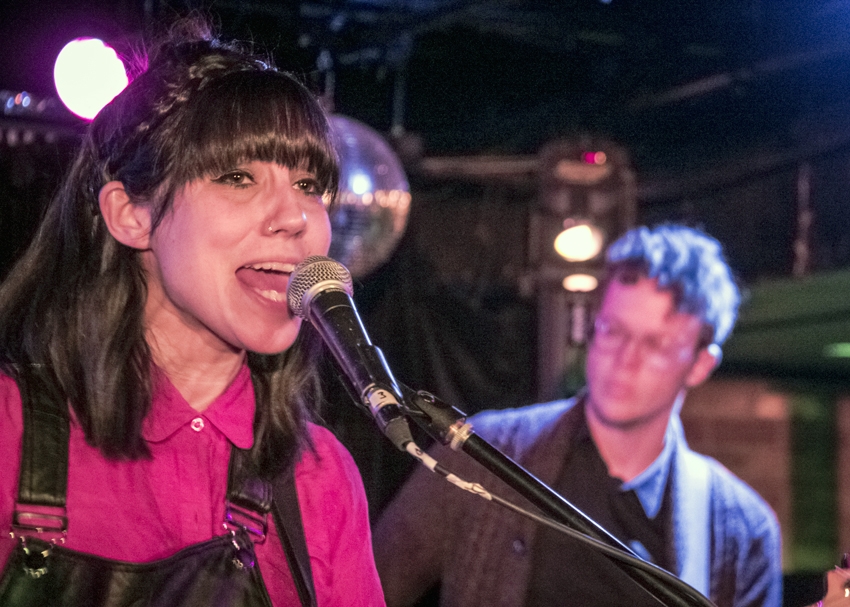 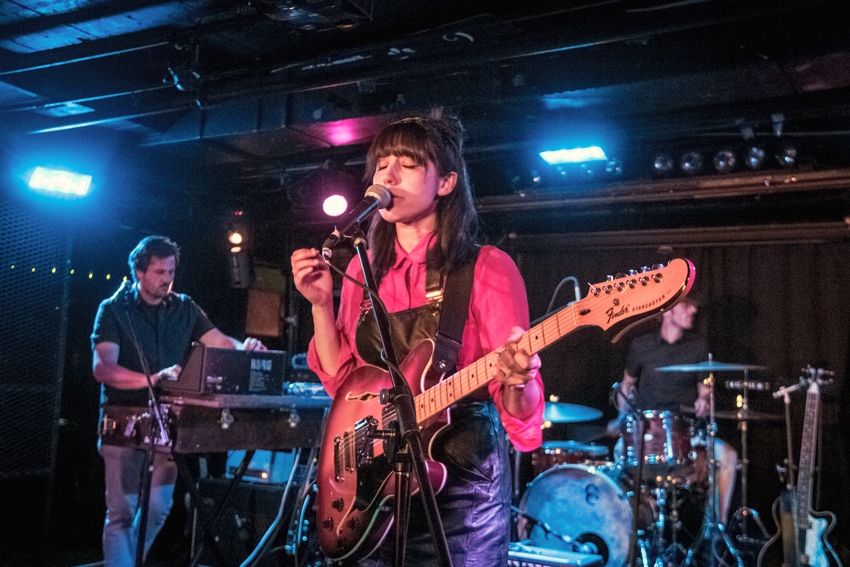 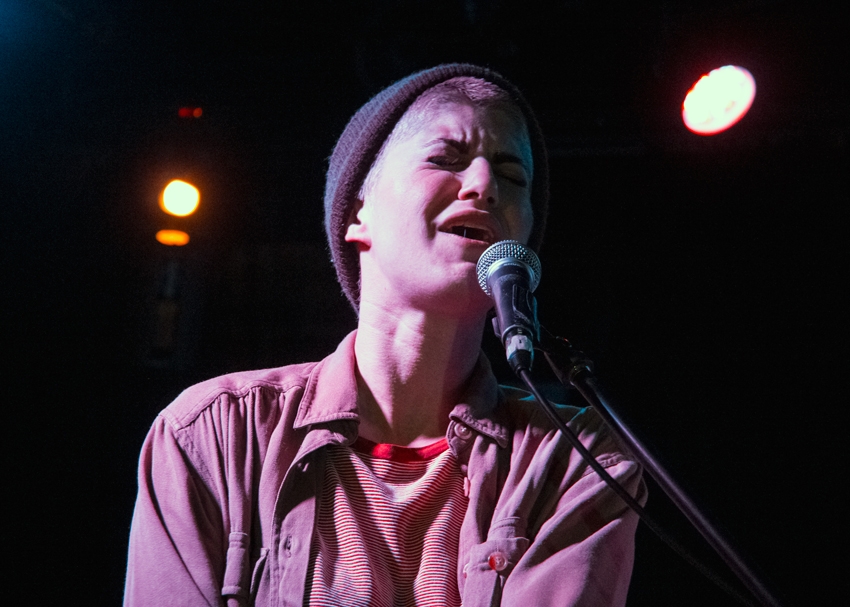 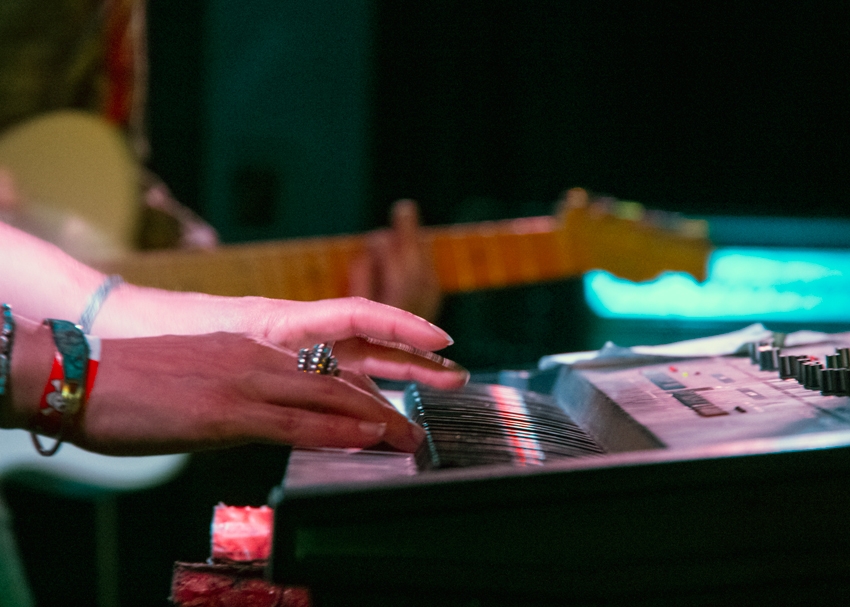 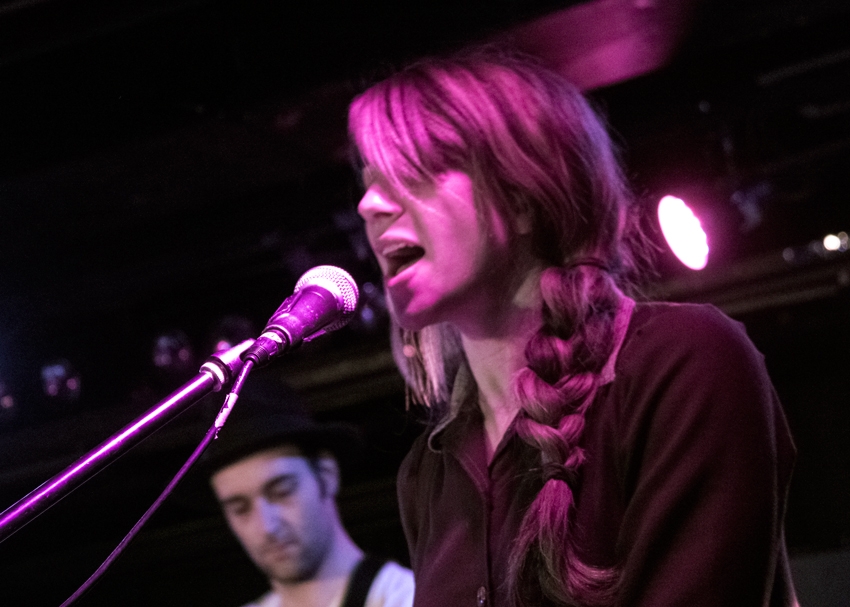 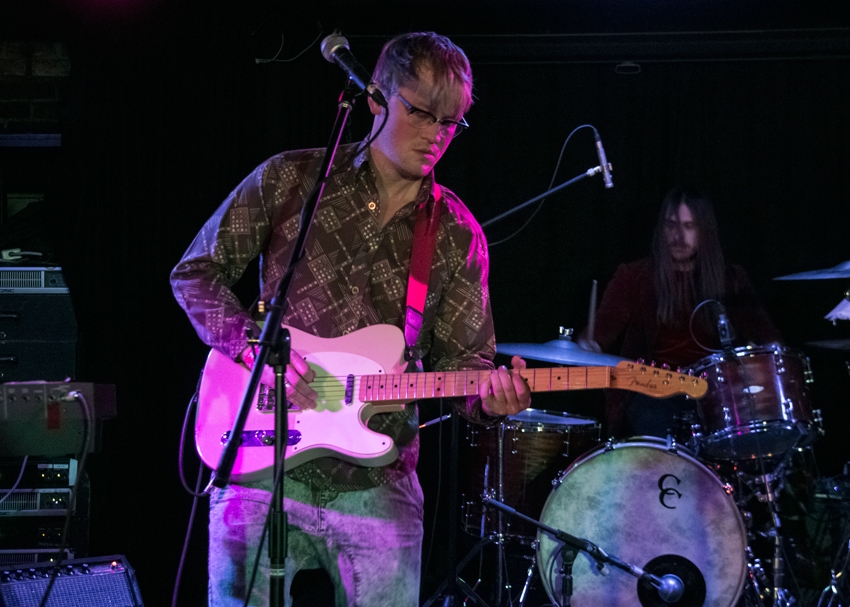 The Response (New Zealand-turned-Vancouverites version of The XX), whom I'd (regretfully) never heard of before last night's Biltmore show,  are the first band to introduce me to a foot controlled bass synthesizer.  I really know nothing about equipment, I only really pay attention to how the music makes me feel.  But last night I couldn't take my eyes off the ease of Vic Knopp's silky movement as she simultaneously created music with every limb on her gentle body, all the while lending soft melodies to Andy's earthy harmony.

This was a nice warm up to the roar of super-talent Jessica Dobson, who frontlines the (in my opinion) star performers of the evening, Deep Sea Diver.  Playing songs from last months album release Secrets, I'm imagining a more passive Santigold cautiously touching Cat Power and then those two hold hands and rock out hard together.  Though in tone, Dobson has an incomparable, unique sound.  I feel these guys should have been the headliners.  They were gooooooood.

Radiation City finale-d the night with funky-free Portland-pop-punk songs from new release Synesthetica, a more experiential voyage than previous albums. It definitely has a raw, electronic variable that lends some texture and I find this album, both live and digital, quite pleasant.  As in, you could just have it as a backdrop at a dinner party, leave it cycling in your car stereo for a few weeks or even as the anthem while you paint/design a webpage.  It's just easy to be around and sometimes, it's nice to share space with that kind of energy.  I've heard other reviews citing it "layered" which makes me think of complex, so I have to argue.  Put on "Juicy" while you cut your vegetables for dinner tonight and don't tell me you didn't wiggle around while you did so.

As per usual, the laidback Biltmore made us comfortable and welcome.  Sometimes it is the venue that I long for because I know I’ll never be disappointed with the artists they invite. Have you been?

See more
The Sheepdogs roll out sweet, Jack-and-Coke-breath sounds at The Commodore
Singing It Forward: Dear Rouge, K-OS, Five Alarm Funk and more at the Vogue