Women on an elaborate heist, farm work by women while the men are off to war and a modern gothic horror 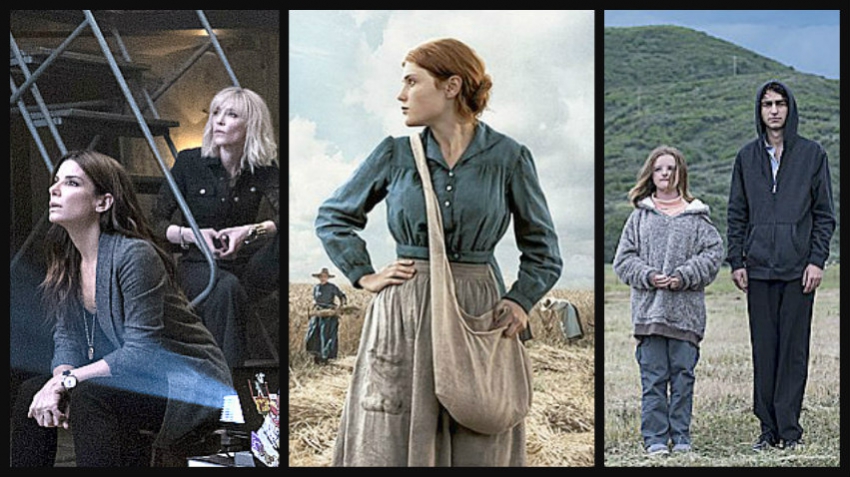 It’s not just Ocean’s 8, several films feature strong women today. Some steal, others just work very hard and Jodie Foster, well she runs a secret hospital (called a hotel) for criminals only. And Toni Collette gets to scream loudly with the creepy changes heredity brings to her.

On a lighter note, notice the two artists who died early and soared in status soon after.

Boom for Real The Late Teenage Years of Jean-Michel Basquiat:  3

OCEAN’S EIGHT: A heist movie should be crackling with tension. The best ones are; this one is only briefly. Instead of excitement it relies on glamor, big name stars (three Oscar winners, etc.) and a rash of celebrity cameos (if you want to look closely and catch the likes of Kim Kardashian, Common, Heidi Klum, Tommy Hilfiger and many others). It’s a bit like leafing through a gossip magazine at the doctor’s office. Kinda fun but inconsequential. 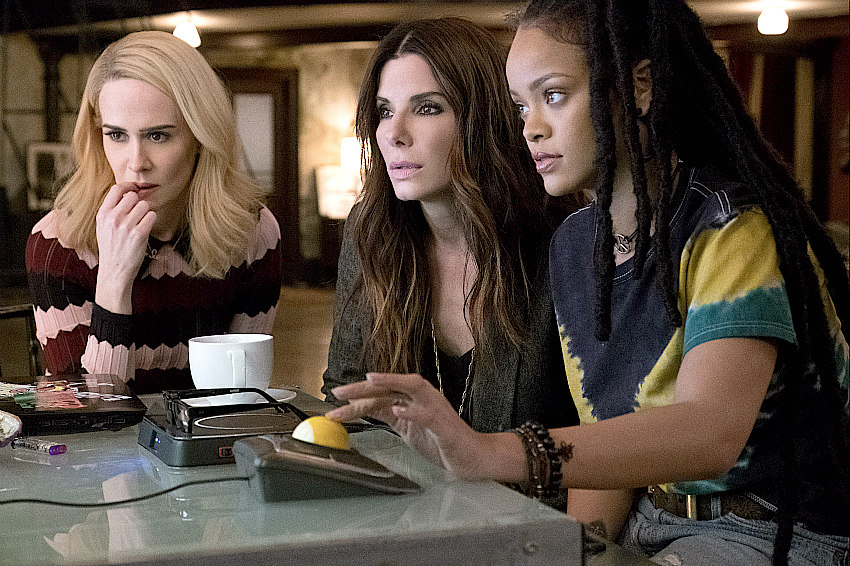 Danny Ocean from the previous movies seems to be dead and so it’s up to his sister Debbie (Sandra Bullock) to carry the legacy forward and round up a crew of her own for a big job. There’s an old associate (Cate Blanchett), a suburban mom (Sarah Paulson), a washed-up fashion designer (Helena Bonham Carter), a hacker (Rihanna), a pickpocket (Awkwafina) and a jeweler (Mindy Kaling). They plan to steal a super-valuable necklace that Cartier has down in a super-secure vault. First they have to get a star (Anne Hathaway) to wear it to the annual Met Gala and then get it off her neck. The preparations draw you in; the heist not so much. It plays out listlessly and requires too many coincidences. How do they even get into the gala event said to be the toughest ticket in town? Some of them get key jobs in and around there. How do they get Debbie’s ex-boyfriend, and the target of her wrath, conveniently seated right beside Hathaway? Questions like that break the spell. 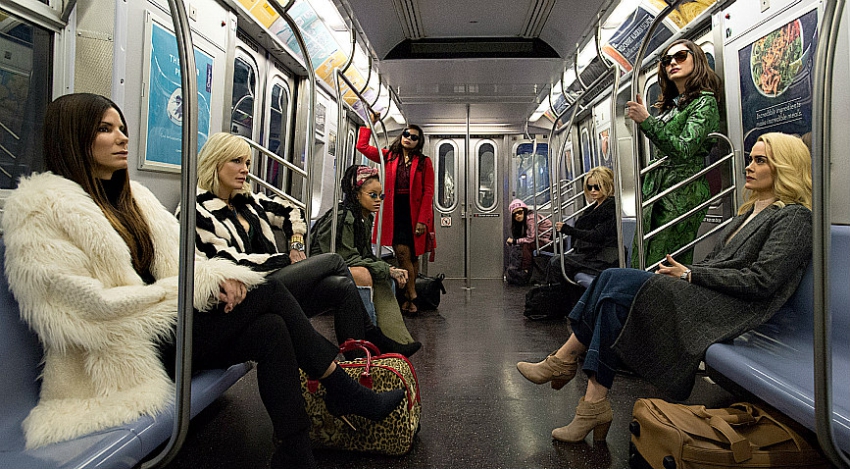 It starts as a nice fantasy with sly feminist hints: women working together, some breaking out of hum drum lives, all showing their expertise. Somewhere along the way, director Gary Ross lets much of that slip away under the demands of moving a complicated plot and a lot of people forward and around. A couple of twists near the end don’t surprise that much either. Bullock and Hathaway impress, but Blanchett is underused. And sadly the dialogue is mostly bland. Debbie has the best line when she pumps the significance of their caper. “Somewhere out there,” she says, “there’s an 8-year-old girl dreaming of becoming a criminal. You’re doing this for her.” More cheekiness like that might have perked up this entertaining but safe summer movie. (5th Avenue, Scotiabank, Marine Gateway and suburban theatres) 2 ½ out of 5

THE GUARDIANS: It’s World War I in France and while the men are off fighting the women are working the farm. This works as a corrective: women are for once given credit for their efforts during war time. But don’t for a minute think this film is one of those well-meaning but dull and didactic treatises. There’s rich and moving drama out here, like in a Thomas Hardy novel perhaps. It’s set in beautiful cinematography of fields and the work of planting, harvesting, churning and sheaving, like in classical paintings, The Gleaners, perhaps. 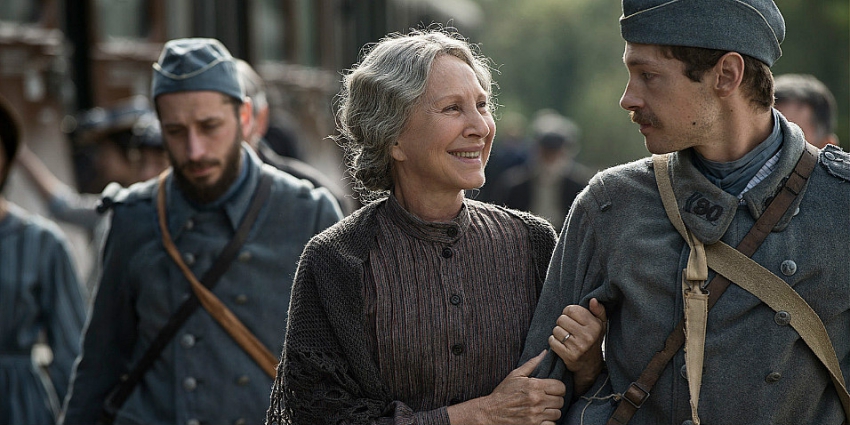 Nathalie Baye plays the matron on this farm. After she sends her sons off to war she needs help and hires on a young woman named Francine (impressive newcomer Iris Bry). She’s an orphan and therefore lower in class, but devout and a very good worker alongside the matron’s daughter (Laura Smet) and the other women in the area who show up as a group during harvest time. She also falls for one of the sons (Cyril Descours) when he’s briefly home on leave, continues to write to him when he’s off again and that stirs up resentment in a young woman who thought she was going to get him. Also, in the sister and the mother. There’s more, including a pack of American soldiers camping nearby and the gossip and misunderstandings they stir up. The acting and the depiction of rural life are exceptional. The story is from a 1924 novel and turned into this beautiful film by Xavier Beauvois, the director of celebrated films like Of Gods and Men and also a busy actor as in the current Let the Sunshine In.  (VanCity Theatre) 4 out of 5

HEREDITARY: It’s a super year for scary movies. We had A Quiet Place not long ago and now this, neither one a horror movie as we’ve come to know the genre, but creepy and deeply unsettling anyway. This one plays on many fears most of us have felt at one time or another: of aging, losing one’s faculties, feeling controlled by traits we’ve inherited from our ancestors. It gives a sustained exposure to all that within one family. 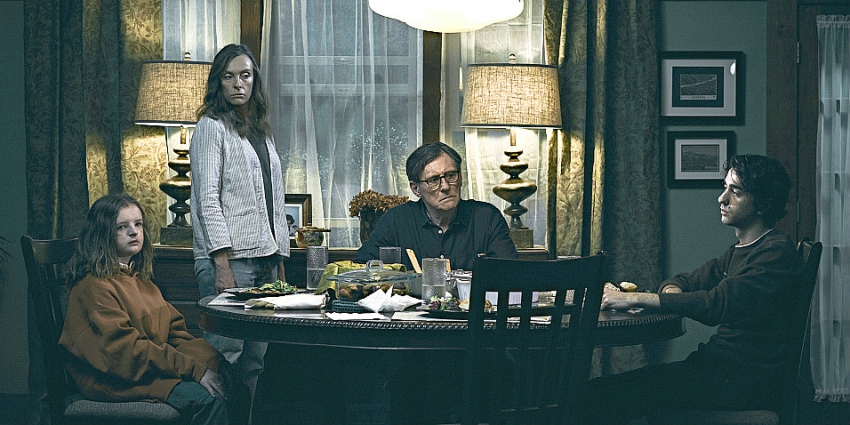