VIFF picks for the weekend, including a near-masterpiece from Germany 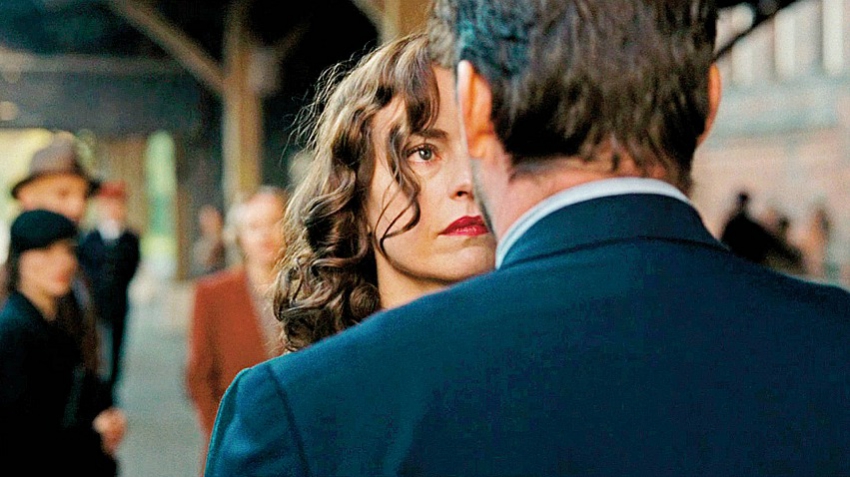 Nina Hoss in Phoenix, trying to figure out if her husband betrayed her to the Nazis

New in theatres this week there’s a David Fincher movie and some lesser films, including one about the rapture starring Nicolas Cage. They’ll just have to wait. The Vancouver International Film Festival is on. It’s at about the half-way mark.

On the whole, those films are more interesting and sometimes there’s a neat extra. Like yesterday at Foxcatcher, Greg Edgelow, a former Olympic wrestler himself, came on stage, phoned up Mark Schultz and had him welcome us to watch Channing Tatum portray him in the film. Watch for it when it comes back.

Today’s picks are all set in Europe.

The Two Faces of January: 3

PHOENIX: When I was in Berlin last month there were posters for this film absolutely everywhere. It wasn’t out yet; the Toronto film festival world premiere came first. The anticipation was well-rewarded though. This is a near-masterpiece, only held back by a far-fetched plot point. If you can accept it, you’ll enjoy a memorable film. 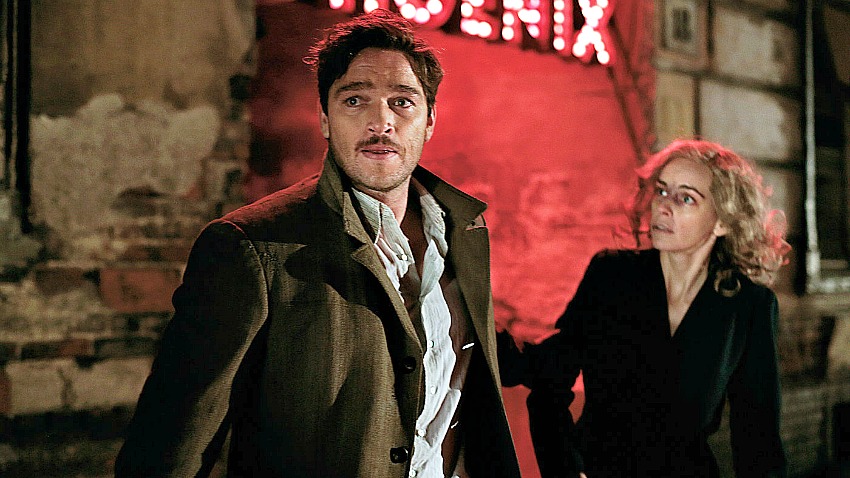 Nina Hoss is Nelly, a death camp survivor in 1945 Germany, injured, having to undergo extensive facial surgery and then trying to reclaim her life. “I no longer exist,” she says. Rather than emigrate to Haifa as recommended, she searches for her husband. She needs to find out the truth: did he betray her to the Nazis? He doesn’t recognize her (that’s the problem plot point), admits nothing but has a scheme. If she can impersonate herself, they can claim an inheritance that’s waiting for her. He’ll share it 50-50. There’s a vibrant Hitchcock flavor there and it’s set within an emotional struggle to revive, rebuild, climb out of the rubble, confirm your identity. Not just Nelly, but the whole country. The film builds to a devastating climax. Hoss gives a nuanced performance growing from timid to firm. Ronald Zehrfeld plays Johnny her husband and now mentor with a slippery charm. The director, Christian Petzold, also had them as lead actors in his last film, Barbara. All their reputations are going to get another boost with this one. (Screens Fri. Late and Tues. Afternoon) 4 out of 5

A DANGEROUS GAME: Two years after his documentary You’ve Been Trumped got people everywhere hot with anger, Anthony Baxter brings a sequel. A lot has happened since then. The opponent who Donald Trump insulted as living like a pig was voted Scotsman of the year. Trump couldn’t stop a windmill project and moved his next golf course project to Ireland. He did allow his son, Donald Jr. to talk to Baxter and then gave an interview himself. It’s a lecture actually, accusing the filmmaker of misunderstanding the nature of his genius. 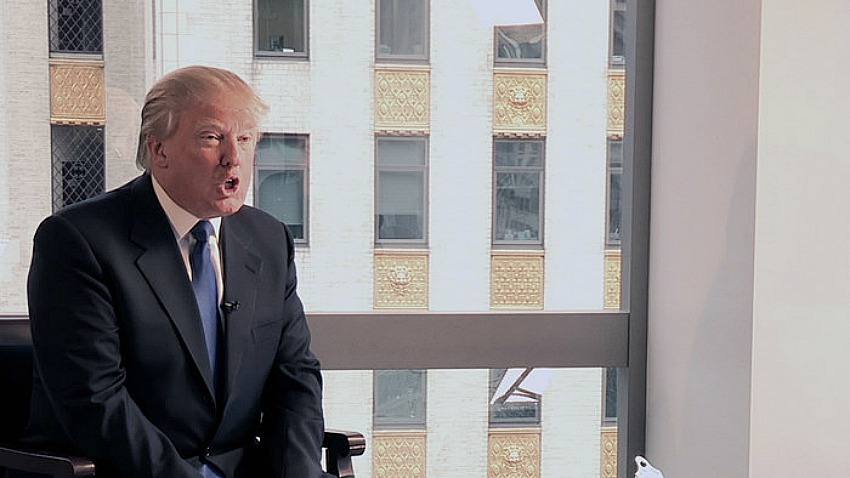 The sequel takes a wider aim than the first film. It seems the original has encouraged people elsewhere to fight against new golf courses. A protest in Dubrovnik gets extensive coverage and has a shifty mayor arguing that referendums are inherently undemocratic. A Las Vegas example shows these luxury projects can just as easily fail as create jobs. Alec Baldwin and others detail the environmental damage they bring and there’s much talk of China where building golf courses has become big. The film moves along at a snappy clip but doesn’t get you quite as angry as the first one did. Although: it comes pretty close when it shows Trump accepting an environmental award from an academy of which he is a trustee. (Screens, Fri., Sun. and Tues.) 4 out of  5

HUMAN CAPITAL:  Italy’s submission to the Academy Awards may not have a great chance. It’s too entertaining. It may appear too light although within its breezy story telling there’s a critical look at the very rich and the people who want to be like them. It starts one night after a banquet when a cyclist is run off the road in a hit and run. It takes three separate but overlapping stories to reveal who did it. 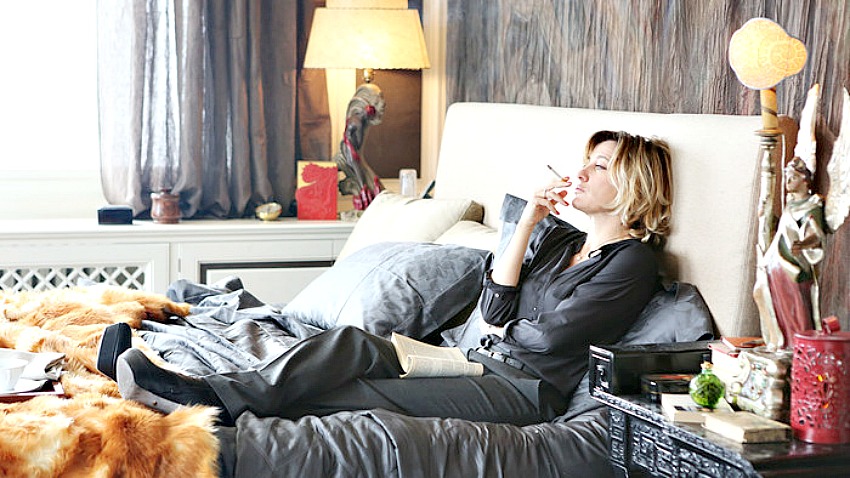 The first is about an ambitious realtor who invests in a rich man’s hedge fund and drives his daughter up to his mansion for dates with the man’s son. That youth will be the main suspect. The man’s wife is next. She’s trying to save a heritage theatre from condo builders. The realtor’s daughter has the final story. They were all at the banquet and have a different angle on the events that night. The film is cleverly constructed, beautifully presented and very well-acted. But maybe a bit too slick to seem prize worthy. The director, Paolo Virzì, is one to watch out for. Among the actors, Valeria Bruni Tedeschi is perhaps most familiar to us. She’s Carla Bruni’s sister. (Screens Fri. afternoon) 3 ½ out of 5

THE TWO FACES OF JANUARY: Hitchcock used to do these kind of films superbly. A character is drawn into plot that has nothing to do with him and spends the rest of the movie trying to escape. This time he becomes a bit complicit as well as trapped. He is a small-time hustler of tourists in Athens, played by Oscar Isaac, who gets involved with an American (Viggo Mortensen) who, with his wife (Kirsten Dunst) is on the run from people he swindled. When a private detective ends up dead, the swindler needs a new passport and a quick way out of town. All three hide out in Crete. Suspicion, jealously and double-crosses follow. 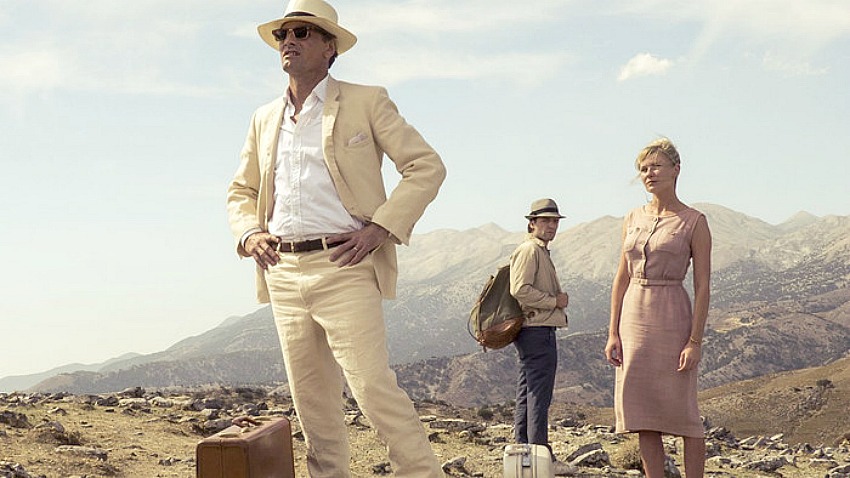 The film is from a novel by Patricia Highsmith who also wrote The Talented Mr. Ripley. It resembles that movie quite a bit, certainly with its gorgeous locations and its keeping us guessing about the true motives of the characters. This is a feature-length directing debut by Hossein Amini, who is far better known for the many scripts he has written. There are lots of twists; not that much suspense but quite a bit of charm in the relaxed way it dispenses its complications. (Scareens Sat. and Tues.)  3 out of 5