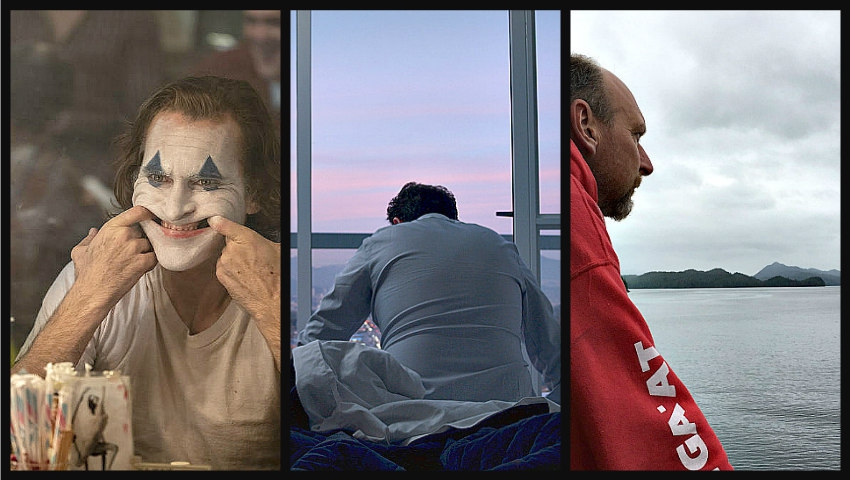 Also: explore Niagara Falls for its reputation and catch a couple of notable German films

There’s only one regular film this week but Joker looks like it’ll be a big one.

Meanwhile, over at the Film Festival you can catch three highly anticipated titles, Laundromat about crooked money schemes, Harriet, about abolition and civil rights fighter Harriet Tubman and Portrait of a Lady on Fire which Indie Wire described as "A painterly masterpiece… As perfect a film as any to have premiered this year."

You can watch Michael Moore talk about and screen the film that made his name: Roger and Me on this it’s 30th anniversary.

Or check out the festival films I recommend further down the page.

Daughter, The Whale and the Raven, Clifton Hill, Cherry Blossoms & Demons and The Volunteer Year

JOKER: Forget all the controversies. You know, like: will it inspire violence, will that make people stay away, can it match previous versions of the character? Just believe that this is a very good movie. It’s got a propulsive momentum under the direction of Todd Phillips (best known for the Hangover films). There’s isn’t a static scene or even frame in it. At the same time it goes beyond your standard comic book movie and thinks about the times we’re living in. There’s cynicism about politicians and the self-satisfied rich and a lot of worry about the mentally ill in that society. That’s raised through a remarkable performance by Joaquin Phoenix which effortlessly blends narcissism, self-loathing and fear. It won’t displace previous interpretations of the Joker, one of which won a Academy Award, but will make you feel for the guy. 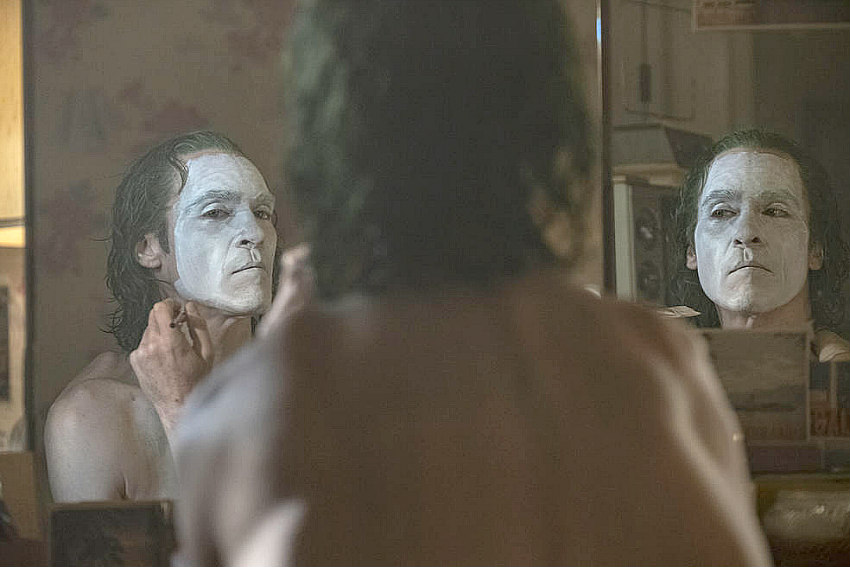 This is an origin story. He’s not yet the clown prince of crime. He’s a loser who can’t do anything right and to whom all manner of bad things happen. He works as a clown available for children’s parties and dreams of becoming a stand-up comedian. When he gets to a mic he’s not funny, loses his clown job, gets beaten up and then, with a gun given him for self-protection, manages to kill three Wall Street guys who attack him on a subway. Eventually there’s some notoriety for him because of that but for most of the movie he’s busy avoiding the police, trying to talk to a rich man who may be his real father and working to further his comic ambitions. 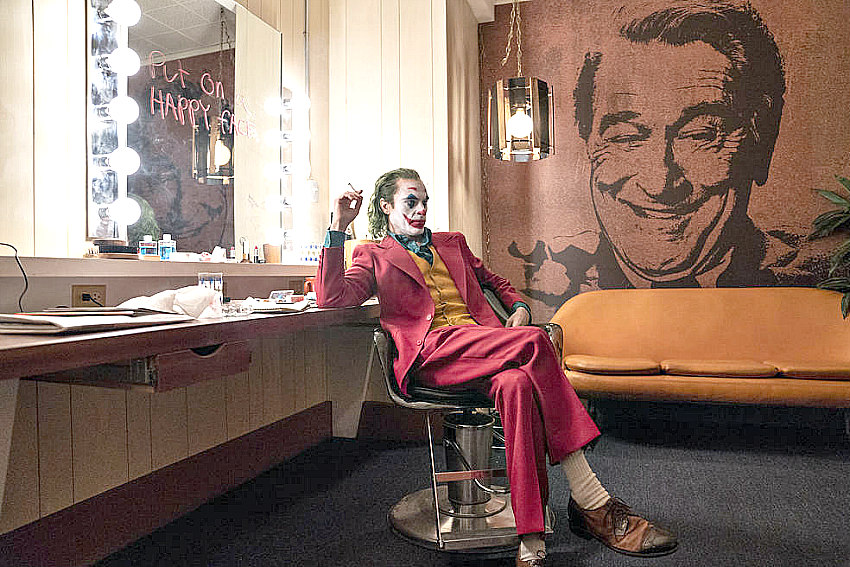 Through a fluke he gets a spot on a late night talk show. Robert DeNiro plays the host which immediately recalls his 1983 film The King of Comedy. In that one, he was the unfunny wanna-be comedian. Here he casually humiliates the once-and-future Joker and that helps drive him on to exactly the kind of violence that some fear the film itself can provoke. The film doesn’t endorse or justify; it shows what can happen that’s all. It works because Phoenix, with a creepy but magnetic performance,  makes us believe the sad-sack’s warped descent. Anyway, there’s far more character study than violence in this one. (Scotiabank, Dunbar, Marine Gateway, The Park –in 70 millimeter—and suburban theatres everywhere) 4 out of 5

FIRST LOVE: Japan’s Takashi Miike seems inexhaustible. He’s been making two or three films a year since 1996, some years more. For five years before that he was directing videos. His latest, playing at the 5th Avenue cinema, is playful and anarchic (according to what I’ve read. I don’t know of any preview that was held).  It’s film noir with a yakuza setting; about a boxer and a call girl who during one night in Tokyo fall in love and get dragged into a drug-smuggling plan. It’s got good reviews. Variety calls it “a blast”. Screen International says:  “an exhilarating cocktail of bloodbath violence and tar-black humour.”

And these picks for the weekend at the Vancouver International Film Festival:

DAUGHTER: A veteran actor and a first-time filmmaker team up for one of the strongest films at VIFF this year. Strong because it deals with a man’s struggle to overcome grief and shows him trying to douse it in strip clubs, bars and hotel rooms with hookers. Sounds grim, but isn’t. Bleak sometimes but mostly so true (I imagine) that you’re right there with him in sympathy. Thank the brave acting by John Cassini for that and the compassion in the script written and directed by Anthony Shim. VIFF has given the film a high honor. It’s playing it as a “world premiere” at the B.C, Spotlight gala Saturday night, so a lot of cast and crew are sure to be there. If you can’t get in, it also plays Tuesday evening.

John plays Jim, a commercial real estate executive whose teenage daughter died after a party and some cyber-bullying. His marriage died soon after. Now he’s looking for some human connection where it’s rare. A homeless guy won’t even take part of his sandwich. A stripper gets him bounced after a misunderstanding. A hooker snarls “Either you pay up or I’m outta here.” But another one (Teagan Vincze) reminds him of his daughter and he does strike up a warm relationship with her. In one long display of fine acting they talk about aging, weird clients and more, share a joint and eat chocolate, almost like father and daughter. The contrast is huge between that and his flashbacks and the offenses he suffers, including a beating by a couple of punks. It seems overloaded at times but ultimately comes off as an affecting character study.