Roma, one of the year’s best, animated Spider-Man, also a best, Mary Queen of Scots, not an equal 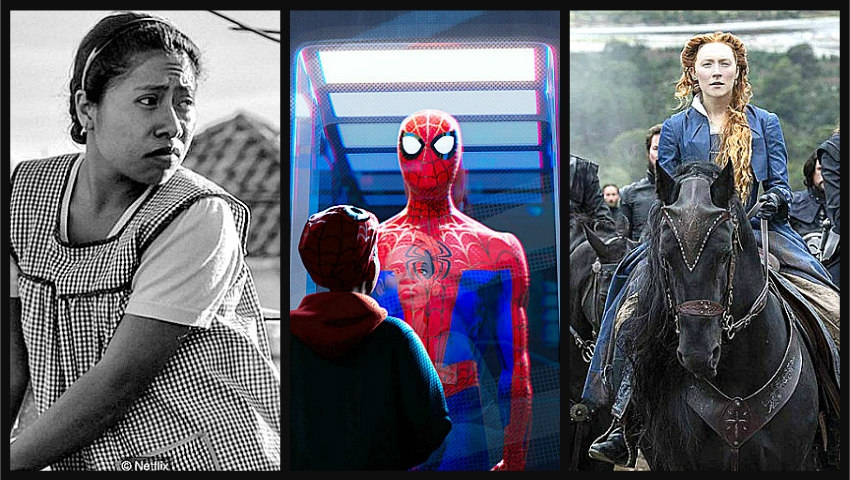 It’s not a torrent of big films like we’ll get next week, but it’s enough to keep you busy. Notice there are two real contenders here, as well as a genuine misfire.

Spider-Man: Into the Spider Verse: 4

Once Upon a Deadpool: 3

ROMA: We’re lucky we have a theatre that’s playing this one. There aren’t many doing that because it’s also on Netflix. But it deserves to be seen –and heard—on the big screen. The cinematography (in crisp black and white) and the sound design are excellent. And the story is immensely involving about a family in Mexico City and the servants they employ. You might find the lack of a single through-story a problem. Don’t key on that, follow the incidents that come along. They’re well-observed and amount to a fine portrait of a family and a society. There should be more about the class differences we see and the political events going on but that doesn’t diminish the artistry of this film. It’s already collecting many awards and nominations and Mexico is submitting it to the Academy Awards.

This is Alfonso Cuarón’s first film since Gravity and his first back in Mexico since Y Tu Mama Tambien, 17 years ago.  It’s a highly personal tribute to the world he grew up in. Roma is a gentrifying neighborhood in Mexico City. We see both run-down poverty and privilege in the streets and a family splintering in one house. Dr. Antonio leaves to do research in Canada (he says) but that’s not the truth, we learn later. Mom (Marina de Tavira) hides the truth from her kids and we see their everyday lives progress. Her live-in housekeeper (Yalitza Aparicio) gets pregnant and needs her help, because her boyfriend refuses. He’s totally into martial arts, he says, but that turns out to be only part of it. Get set for a terrifying birth, political protests and repression, and many other glimpses into the lives people led in the 1970s. Most of the events are small and not connected like a standard plot. But as a memory of a time and a place and of family dynamics, the film is superb.  (VanCity Theatre) 4 out of 5

SPIDER-MAN: INTO THE SPIDER-VERSE: This takes the super-hero movie to a whole new level, and gives it a fresh, new life. Sympathy is in order if you’ve been waiting for the genre to fade away. This one revitalizes it. It’s fast, clever, terrifically engaging and beautifully animated. The men who made the also- excellent Lego Movie, Phil Lord and Christopher Miller, overseeing here as producers, and the three directors they hired, succeeded mightily in what they set out to do: simulate the enjoyment of reading a good comic book. They’ve made the film look like one, not realistic and not cartoonish, something between. They’ve advanced the art of film animation itself, and if you’re interested in details like “animating on twos” it’s worth reading a site like Animation World Network ( https://www.awn.com/)   Incidentally, almost all that artwork was done right here in Vancouver.

It’s the story that makes it zing. Peter Parker is faced with an alternate Spider-Man, a half black, half-Puerto Rican kid named Miles Morales. He’s also been bitten by a radioactive spider and gained powers. Parker coaches him and before you know it is killed and a plot about alternate universes swells up. More Spider-creatures are inadvertently brought from out there by a bloated villain named Kingpin (Liev Schreiber), bent on world destruction with a supercollider.

So Miles (Shameik Moore) gets help, of sorts, from a black-and-white Spidey (Nicolas Cage), an anime girl (Kimiko Glenn), an athletic woman (Hailee Steinfeld) and a pig (John Mulaney). Anybody has the potential to be a Spider-Man is the message. The intricate story almost gets away on the directors but they manage to keep it under control and take us into several flashy action sequences including a very complex and innovative final one. It’s best for Marvel Comic fans but accessible to anybody ready for a spontaneous and playful movie. Critic circles in New York and Los Angeles have already named it the best animated film of the year.  (Scotiabank, Marine Gateway and many suburban theatres) 4 out of 5

MARY QUEEN OF SCOTS: There have been many movies about her but I suspect this is the first that has her lover denounced (and somewhat portrayed) as a “sodomite”. It’s not really clear what this modern version of her story is trying to get across with that. Tell it like it really was, I suppose but can we trust it? Much of the factual content is hazy as it is, and a key scene, when Mary meets Queen Elizabeth I, didn’t happen. They communicated only through letters and envoys but the film interprets their lives and their relationship through a strongly feminist viewpoint. Mary imagined a sisterhood; QE had her head chopped off. The last time Saoirse Ronan and Margot Robbie competed like that it was as Lady Bird and Tonya Harding at the Oscars. 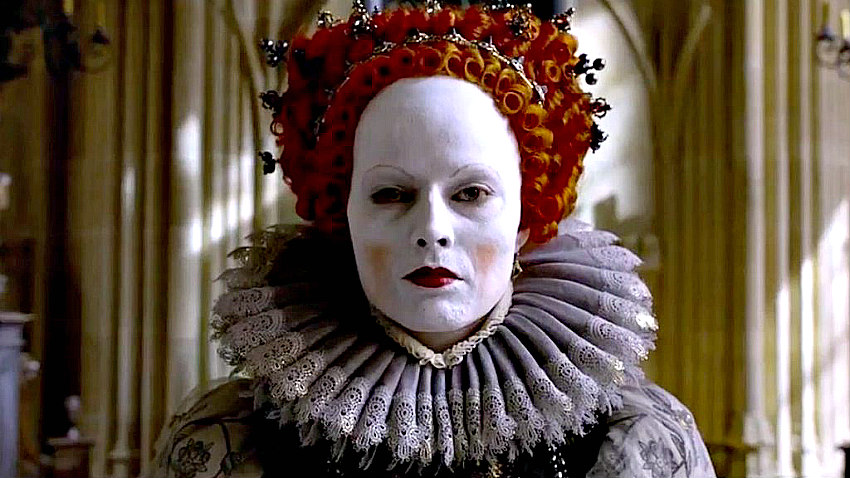