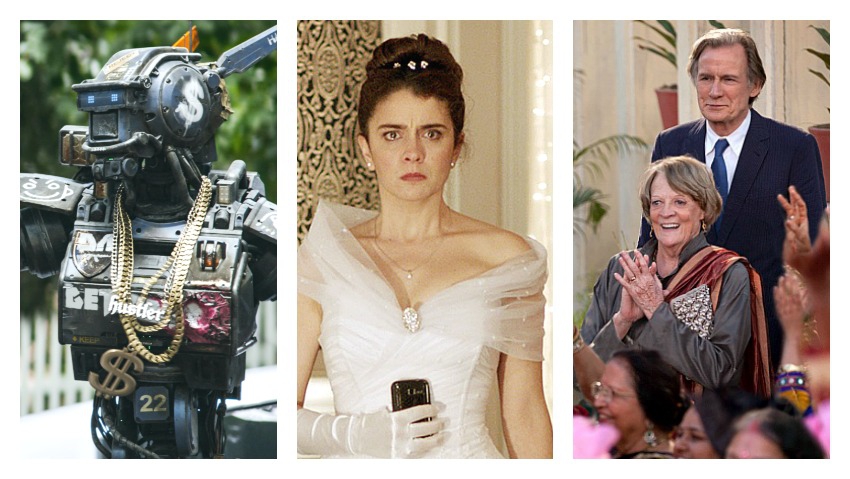 Robots doing police work, seniors settling down in India and extremely funny tales of revenge from Argentina are your main choices this week.—plus two small Canadian films and two studies of our threatened salmon stocks.

CHAPPIE: There are interesting ideas in the early going in this new science fiction film by Vancouver power couple, Neill Blomkamp and Terri Tatchell. (Together they wrote it; he directed it in South Africa from where he hails). But the ideas are only developed so far before they’re pushed aside to make way for a giant action fest of gunplay, explosions and machines driven amok by evil human beings. Chappie’s plaintive query “Why do they do the hurting?” is all but lost in the mayhem. 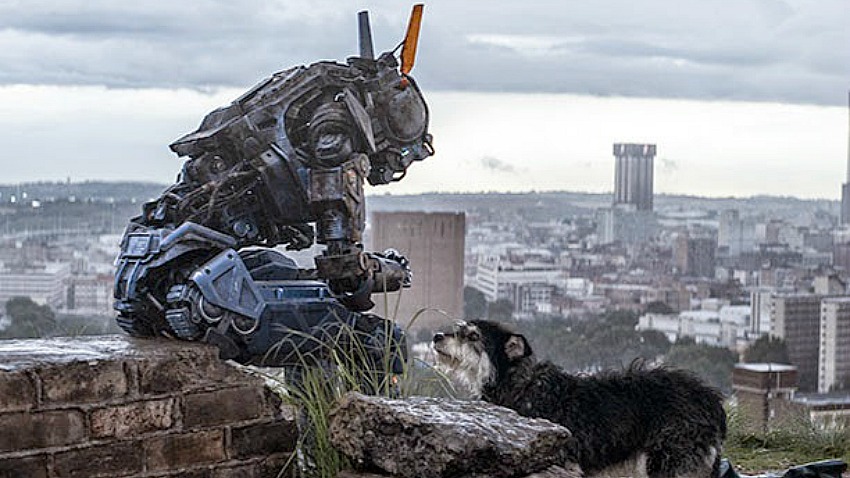 Chappie is the friendly moniker given to a robot policeman brought back from the discard pile, and back to “life,” by a young engineer played by Dev Patel. (He runs the Marigold Hotel in another new movie this week). Dev installs a program to enable the robot to think for himself and before you know it they’re both captured by a trio of punk criminals (two of them played by the rap duo Die Antwoord). They want the former police droid to work for them in a heist because an even wilder gang is coming to collect a debt. Dev says not so fast. Chappie, voiced by Blomkamp regular Sharlto Copley, is like a child. He has to be taught about the world, slowly and carefully. The punks add gun usage and foul gangster language to the curriculum and hang some gold-chain bling on his neck. (Not as funny as it sounds; a bit leaden). 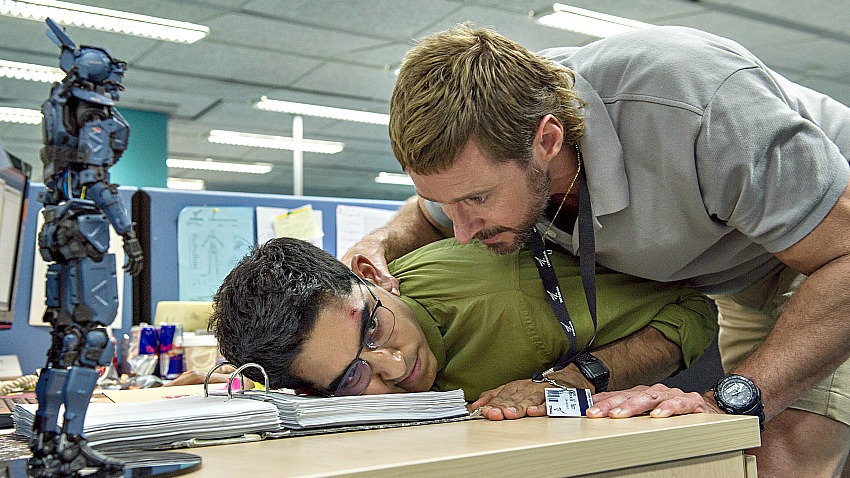 Dev also has a rival back at the office, played by Hugh Jackman. He’s not into artificial intelligence; he’s got a giant machine called Moose that he wants to sell to the police. You know he’ll eventually drive it into action although it doesn’t make sense why. There are other cases of unexplained motivation but the film’s momentum and then noisy action keep you distracted. (Scotiabank and suburban theaters) 2½ out of 5

THE SECOND BEST EXOTIC MARIGOLD HOTEL: The title just begs for a pun and it would be appropriate. The cast of the world-wide hit of three years ago are back, with a few additions, and it’s good to spend more time with them, but this sequel is not a match for the original. That one was graced with clever surprises about a group of English seniors retiring to live in India. This one extends the story with quite obvious and lame plot turns. Dev Patel as Sonny is still the overenthusiastic hotelier and with Maggie Smith as co-manager starts the film in San Diego chasing backers to finance an expansion. They want to buy a second hotel. 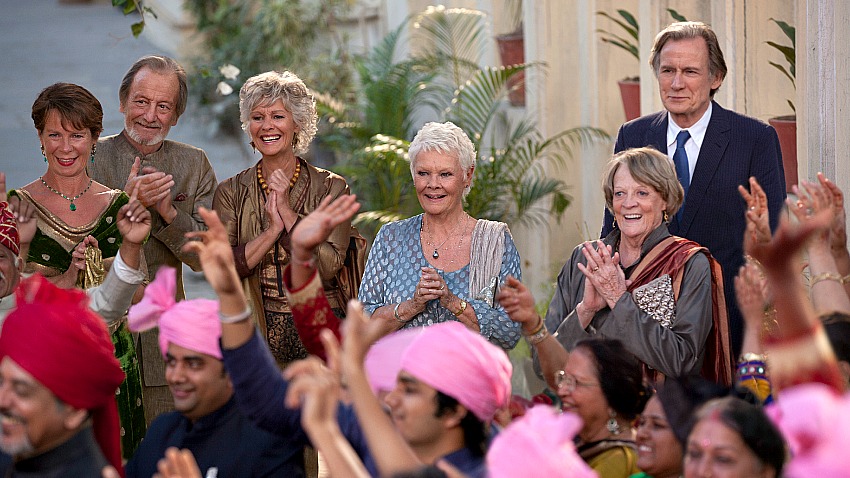 Judi Dench works as a textile buyer and is in a tentative relationship with Bill Nighy who still can’t express his feelings. Richard Gere checks in to write a novel but is immediately suspected of scouting for the American money men, a suspicion that does not extend to another American guest (Tamsin Greig). Gere does strike up a thing with Sonny’s mother while Sonny, on the eve of his wedding, turns jealous of a young man dancing with his bride-to-be. That guy also buys up the hotel he wants. A lot of plot there and some of the charm gets lost under it; the film gets a bit plodding but, just as in one of its main themes, there are second chances and it almost recovers by the end. Just not with the same magic we were expecting.  (International village and suburban theaters) 3 out of 5