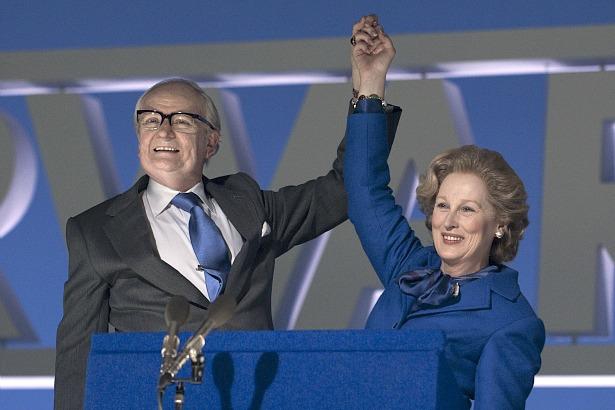 Meryl Streep as Margaret Thatcher. Should we celebrate?

You’ve read about it for so long, now you can see what Meryl Streep and the woman who directed her in Mamma Mia do with one of the most divisive figures of our lifetime, Britain’s Margaret Thatcher. And what David Cronenberg called an “intellectual ménage a trois” of Freud, Jung and a female patient. Beauty and the Beast  is back, the lovers of Once are struggling and Mark Wahlberg brings a film plot all the way from Iceland.

THE IRON LADY: Today’s “occupy” types would understand the signs. We see them in a demonstration well into this biopic about Margaret Thatcher. “Profits, profits, profits,” says one. “Maggie’s Millionaires,”  reads another. Even Conrad Black gets it. In a recent article he blasted the “garish and spivvy ostentation” of the people who made money in Britain thanks to Thatcher’s economic policies, and he’s a fan and friend. The film doesn’t seem to get it though that what people remember most about her is the pain her tax-cutting, privatizing and union-busting eruption caused for many, while enriching some others. It could have been the main focus, instead it burbles in the background and only spurts out occasionally in news clips. 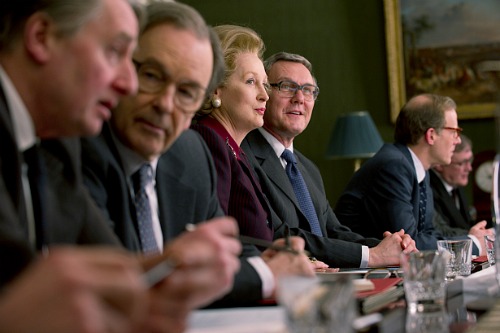 It’s hard to find a main focus. Her rise in a man’s world is there, naturally, but not lingered upon. There is too little of her in cabinet, in Parliament or on the world stage. It’s almost as if we’re supposed to know it all already. Well, maybe in England. Her memories years later, which give rise to the flashbacks that drive the story, don’t seem to include much in the way of doubt or reconsideration. Just the same single-minded belief in her ideas that we see throughout the film. She gets them in bite-size affirmations during her younger years and sticks to them.

So, it’s not the content that’s the chief reason to see the film. It’s the astonishing performance by Meryl Streep as Thatcher, in her adult and lonely-senior years. She does disappear into the role and smoothly works in her tics and mannerisms into an outstanding impersonation.  I could have done with fewer of her hallucinations that her late husband Dennis (Jim Broadbent) was still alive and talking to her and more about the forces that brought about her extraordinary rise and fall. Phyllida Lloyd also directed Streep in Mamma Mia, a piece of trivia that may explain a few things.(International Village and suburban theatres)  3 out of 5

A DANGEROUS METHOD: Reason takes a beating in this biopic. It’s overpowered by sex and desire. And furthermore, David Cronenberg’s look at Sigmund Freud, Carl Jung and the woman and ideas that came between them suggests that that is normal among human beings. The exposition of that idea is both over-heated and too-cool an intellectual exercise. 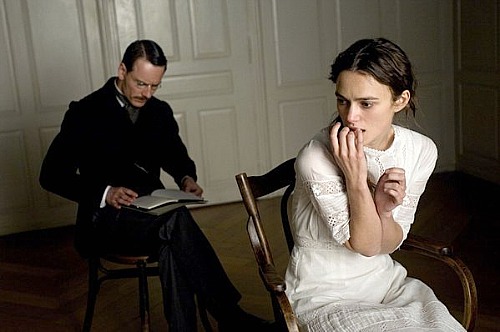 Keira Knightley brings the heat (too much in her early scenes) as Sabina Spielrein, a young woman suffering an over-the-top bout of hysteria. She’s brought to Jung (Michael Fassbender) who’s ready to try the “talking cure” pioneered by Freud (Viggo Mortensen) although he’s not sure about the Viennese doctor’s emphasis on sex as the chief driver of the human psyche. He soon learns, though. A colleague’s advice to not repress or regret anything plus the patient’s memories of enjoying physical abuse by her father soon finds Jung in bed with her and, in some particularly grotty scenes, spanking her. Freud hears rumors and objects. He also warns Jung against backing spirituality and mysticism because psychoanalysis is too young to accommodate competing ideas. This psych seminar is enlivened by the performances, a sly Freud, a resolute Jung and, once she settles down a bit, a vulnerable but assertive Sabina. She was a real person who went on to make her own contributions to psychoanalysis. (International Village and four suburban theatres) 3 out of 5

BEAUTY AND THE BEAST: They did it to The Lion King, that made money so here is another Disney animation classic rendered into 3D. For most the film, that doesn’t add much, although in two scenes, the ballroom dances, the added depth is palpable and thrilling. Still, if that’s what it takes to get this film back up on the big screen, it’s to be celebrated. 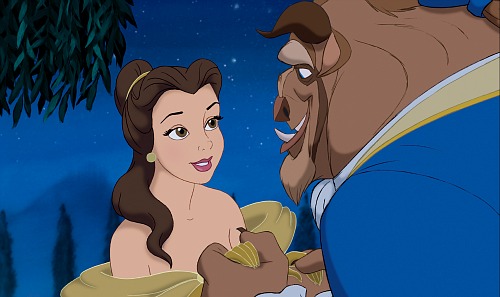