A living painting in The Mill and the Cross, an exorcism in The Devil Inside and classic hip hop with A Tribe Called Quest 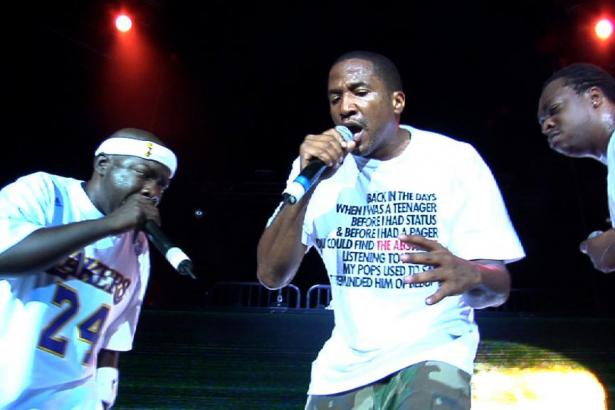 Before next week’s deluge, there’s been only a think trickle of new arrivals this week. So I wander afield, into an historic painting, some classic hip hop, a Bollywood hit and (back in the mainstream) the latest exorcism movie.

The Mill and the Cross:  3 stars

THE MILL AND THE CROSS: This is a treat for students of art history. Even those with just a casual interest to learn. Others better beware. One woman I know termed it a cure for insomnia. Harsh, but with some truth if you’re not prepared for what you’re going to see. This is a painting brought to life, with little talk (and fairly dull expository words when they do come) , almost no narrative drive but loads of visual imagination. The subject is Peter Bruegel 's 1564 painting "The Way to Calvary" which depicts both the Spanish inquisition and Christ’s crucifixion in a Flemish landscape. The point is to study the many details, people and incidents in the picture. Since we can’t just whisk off to Vienna to see the original, Lech Majewski, the Polish-American director, dramatist and near-Renaissance man, has re-staged much of the action and filmed it in four different countries. 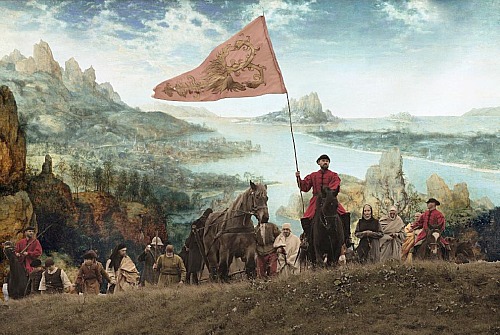 Rutger Hauer appears now and then as Breugel,  drawing sketches and explaining the painting he’s about to create. Some of it is already behind him as a computer-added backdrop. Most of it is acted out in front of us as peasants go to market, children play, Spanish soldiers brutally beat a man and raise him on a wheel to the top of a pole for the crows’ enjoyment. A woman is buried alive. Christ has to drag his cross through the town, while Charlotte Rampling, as Mary, weeps despondently and Michael York, as an art patron, decries much of what he’s seeing. There’s no story as just; merely scenes echoing the painting. The tone is flat, like an educational film, but with many beautifully-composed images as compensation. (VanCity Theatre)  3 out of 5

THE DEVIL INSIDE: How about an exorcism movie to start the year? Maybe not, if it’s not going to be scary and it misses an obvious chance to build suspense and spin some real fear. 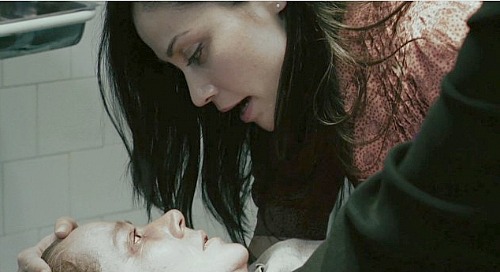 In this one, a young woman goes to Rome where her mother has been in a mental hospital for 20 years, taken there after she killed three people in the U.S. Why Rome? Is the church covering something up? The daughter asks but not very long. On to a Vatican lecture hall where as part of a discussion of exorcism, she hears about possession by multiple demons and the extreme dangers that poses. A tension-generating idea, but also passed over quickly, even though she gets involved with a couple of maverick priests who seem to know the scene. They do unauthorized exorcisms. A practice run on a young woman in a basement and then a full one on the mother in her hospital room give us a few startles but no real scares. Also, unfortunately a few unintended chuckles and an unsatisfying ending. Too bad because the making-a-documentary format brings a new wrinkle to the found-footage genre and works quite well. And the two women do good work. Fernanda Andrade, Brazilian with U.S. TV experience, is the questing daughter and Suzan Crowley, from England, is one very creepy mother. (Scotiabank and several suburban theatres)  2 out of 5

BEATS, RHYMES & LIFE: THE TRAVELS OF A TRIBE CALLED QUEST: This documentary about the pioneering hip-hop group was shown to the media here about six months ago and then never came for a regular booking. It gets one screening as part of the VanCity Theatre’s Music Monday series (Jan 9, 8:30 p.m.). Fans, intense ones like Michael Rapaport, the actor who directed it, or just casual music scene watchers, should catch it for the loving tribute and the frustrating behind-the-scenes views it contains. 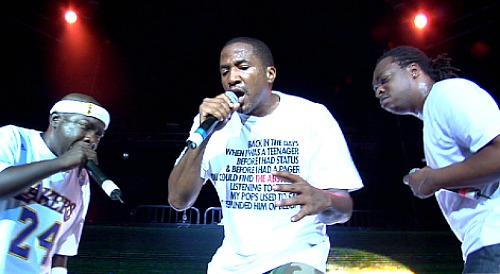 When they were are the top, the band made five gold or platinum selling albums. The Beastie Boys, Questlove from The Roots and Ludacris talk about how influential they were. But the two creative leaders, Q-Tip and Phife Dawg, started feuding over who was the star and 14 years ago the band broke up. Phife calls Q-Tip a “control freak”  A montage of the two with comments about each other has language no radio station could air. In fact, although the film is centered on a brief reunion tour to raise money to help Phife with his medical expenses, the two don’t sit down together to talk on camera. Rapaport has found some choice archival footage though and created an affectionate look back at a golden age of hip hop. (VanCity Theatre)  3 ½ out of 5.

DON 2: With so little new this week, I had time to check out Shah Rukh Khan’s latest. The Indian superstar has got a big hit on his hands but I found it a bit sad. The customary and beloved Bollywood elements that he so much typifies are all but gone. In their place is a strident copy of a Hollywood action film. This is like Tom Cruise’s latest. It also reminds you of Die Hard, and never of Veer-Zaara or Devdas. There’s only one song and nothing about that Indian cinema staple: family. In fact, it’s a sequel to a re-make. 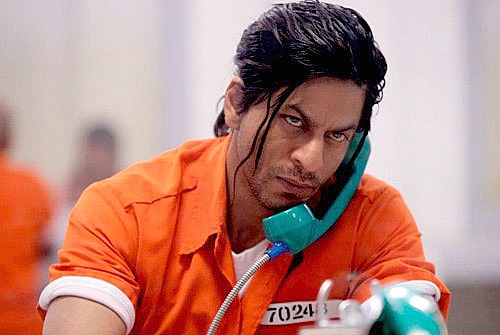 Shah Rukh turns up in Malaysia (where the re-make ended) and gives himself up to Interpol, lands in prison and re-unites with an old enemy. Together they escape and end up in Berlin, where they conspire to break into the German central bank to steal the printing plates for the Euro currency. Smart move in one sense. Shah Rukh is now a bigger star with non-resident Indians, than in his home country, and Germany has a huge NRI community. We get lots of location scenes in Berlin, including the Olympic stadium and a great car chase at the Brandenburg Gate. The film entertains but the story is derivative, the action, though slick and exciting, is a notch below the American style it’s copying and human relationships are so thin they’re on a comic book level. Also, the requisite one-liners are weak. 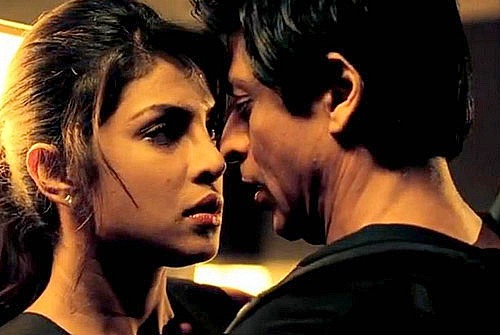 Priyanka Chopra is back as a cop chasing him, maybe the sexiest cop ever, although the sparks don’t really materialize. (Riverport and four other suburban theatres) 2 ½ out of 5