An 'Heir to an Execution' speaks out for Manning, 60 years after his parents' death at the hands of the state. 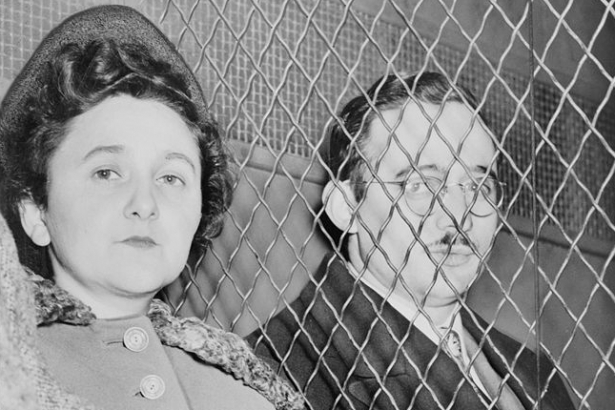 Robert Meeropol will have been living with the specter of his parents, the only two US civilians executed for espionage, for exactly six decades on June 19 -- amid a highly publicized trial against Bradley Manning, a US soldier who leaked classified military intelligence from the nation's wars in Iraq and Afghanistan.

On the anniversary of his parents' deaths that, in the immediate, made way for McCarthyism, Meeropol wants to rally the international community to speak out against the proposed 20-year incarceration of Manning, 25.
"It wasn't until late 1952, when the executions were already looming, that a national movement arose" for Julius and Ethel Rosenberg, Meeropol's parents, who were executed the following year, "It was a bigger movement around the world, but there was a significant movement in the US (...) Bradley Manning support has grown a lot quicker," Meeropol told The Vancouver Observer.
"The more people scream bloody murder, the better that is for Bradley Manning. I'm not sure it will make a difference [for the ongoing trial], but that's all we can hope for, is that people come out," Meeropol added, encouraging people to get involved in a mounting movement calling for Manning's release, spearheaded by the Bradley Manning Support Network.
Heir to an execution
Frida Kahlo, Jean-Paul Sartre and Pablo Picasso are just a few of the international icons who spoke out against -- but were eventually unsuccessful in halting -- the Rosenbergs' execution in the early 1950s.
Born in New York City, the Rosenbergs had both been active in the Communist Party and local labour union movements. In the aftermath of their execution for allegedly revealing the secrets of the atomic bomb to the Soviet Union, a slew of books, movies, released evidence and testimony have introduced a number of hypotheses regarding whether the couple was actually engaged in espionage for the USSR.
In 1995, a cable released by US authorities revealed that Julius Rosenberg had indeed provided Moscow with an unknown degree of information, and in 2008, Morton Sobell, who served 18 years in prison after being tried together with the Rosenbergs, admitted that he and Julius had in fact engaged in providing military information to the Soviets.
Today, Meeropol admits that his father was a spy.
"My father was acting in secret to provide information to another government, which he had placed his faith in, because he believed it represented working class -- the 99% in today's parlance. I believe that faith was misplaced," he said.
Still, Meeropol -- himself a lawyer -- noted that there is no conclusive evidence to support that Julius Rosenberg ever provided Moscow with the secret to the atomic bomb -- the charge on which he was executed.
And historians largely agree that there is no substantive evidence that Meeropol's mother, Ethel Rosenberg, engaged in any espionage at all, let alone providing the Soviet Union with the atomic secrets for which she too was killed. The FBI had reportedly coerced her brother, David Greenglass, into testifying against her, when they threatened to incriminate his own wife.
Ethel Rosenberg, for her part, declined to "reveal" the names of any of her alleged accomplices. Her husband Julius died after one shock in the electric chair at New York's Sing Sing prison. Ethel's heart reportedly wouldn't stop beating; She died after five shocks.
"I think the government pretty well knew that my mother wasn't engaged in any activity. They knew they were killing somebody for something this person didn't do," Meeropol said.
Robert, then only six, and his brother Michael, 10, were orphaned, until they were adopted by the family of social activist Abel Meeropol, who penned Billie Holiday's celebrated anti-lynching song Strange Fruit.
Over the past 60 years, the Rosenbergs' children have engaged in an odyssey to, as Robert Meeropol says, not necessarily exonerate his parents -- they have pledged to reveal incriminating information to the public as well -- but rather seek out and release the heavily classified evidence in their trial to the American public.
Read More:
Share on Facebook Share on Twitter