The teen prodigy who revolutionized cancer treatment is now fighting to secure Open Access in the United States. 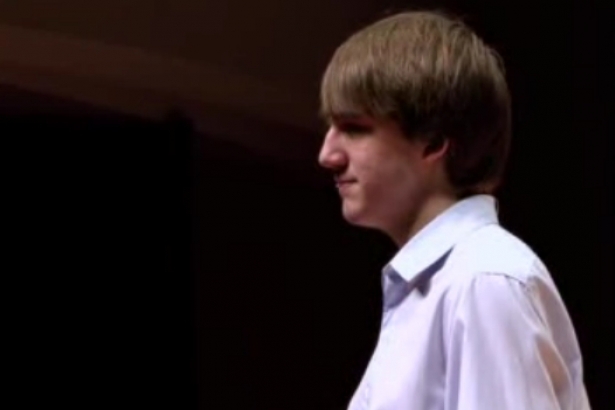 Jack Andraka – the bright young mind behind a revolutionary new weapon in the battle against cancer – is waging a war for Open Access, as the US Congress weighs a bill that would make federally funded research available publicly.

Andraka, 16, invented a much less invasive, much more cost-effective test strip to detect early-stage pancreatic cancer and a host of other diseases that is slated to go on the market in three to five years.

The teen prodigy was able to do what more-seasoned members of the US medical community have not: Make health care easy and affordable for cancer patients. And it was all made possible by Open Access academic articles on the Internet – the kind of free articles Andraka is lobbying the government for with a petition he started two days ago on social activist site Change.org that has already garnered 250 signatures and counting.

Andraka says that over the course of a few months, he generally purchases roughly 30 articles at $40 a piece for an average of 10 pages. $1,200 is no small sum for a high school student without a regular income – and parents supporting their children – and in a faltering economy, it's an impossibility for many bright youth.

“It's an amazing amount of money. I will always remember how I had to pay these extravagant fees to get the academic articles... I realize that a bunch of people don't have the opportunities I have had. I was lucky enough to get access to a lab and academic journal articles,” Andraka told The Vancouver Observer.

“I want all kids to have the same opportunities I had – the opportunity to innovate.”

But the research that goes into the academic journals isn't free, as opponents of Open Access often note. As a retort, Andraka's petition states that “Every year, the federal government funds tens of billions of dollars in research.”

Andraka futher explained the flawed logic behind pay-walled articles on academic information Web sites in his exclusive interview with VO.

“It's ridiculous that we pay for them with taxes and have to pay once again to access the resulting data. We should make it free to everyone to create more opportunities for innovation,” he said.

“Once we open the Internet, people will have access to the history of knowledge. When everyone has access to knowledge, we'll see startling innovation,” he added.

Andraka's petition supports the Fair Access to Science and Technology Research Act (FASTR), introduced last week in both the House and Senate.

FASTR would require government agencies spending over US$100 million annually on extramural research to make their findings available for free on the Internet within six months after publication in an academic journal.

“Only one federal agency, the National Institutes of Health (NIH), has a public access policy, and it's been a great success!” Andraka writes in his petition.

FASTR – what some are calling The Other Aaron's Law, in the name of late Open Access activist Aaron Swartz, who inspired Andraka's work – is reportedly based on NIH's current business model.