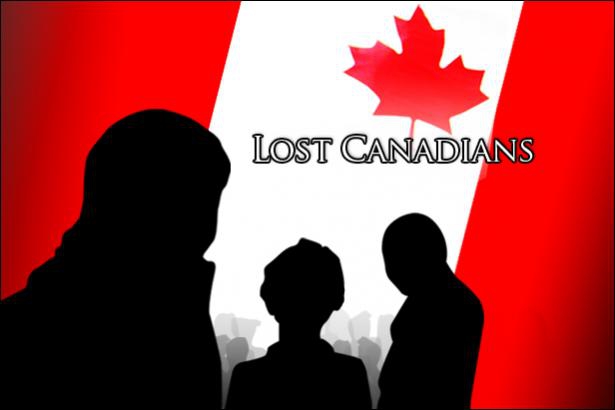 Advocates for Lost Canadians – those excluded from citizenship because of obscure legal loopholes – are asking questions after citizenship and immigration minister Jason Kenney seemingly admitted to discrimination recently at a press conference.

When the Vancouver Observer asked the minister whether the Canadian government denies citizenship based on gender, age, or marital status, he said no.

"No, citizenship isn't and shouldn't be," he said. "The Citizenship Act lays out who can become citizens and it is available to anyone ... regardless of marital status or age."

This statement seemed to be a huge paradox for many Lost Canadians, who are currently being denied citizenship, as well as old age benefits, based on the fact that they are seniors (born before 1947) and born out of wedlock, often to war veterans and war brides. What, if not discrimination, was preventing Canadians who had lived their entire lives in the country from obtaining citizenship?

There are famous cases of lifelong Canadians who have been struggling for recognition of their Canadian status. Jackie Scott, 66, was blocked from citizenship in 2005 because her parents – including her Canadian war veteran father – were unwed when she was born, based on an obscure clause covering people born in Canada prior to the 1947 Citizenship Act. Prior to that act, a so-called “illegitimate” child was the sole property of the mother, and her mother was British. Scott, with Chapman, filed a lawsuit last month for her citizenship in a federal court.

Then there are people like Ian Munroe, a former serviceman who served the Canadian military for 18 years before being told that he wasn't a Canadian citizen. Despite Kenney's claim that Citizenship isn't based on marital status, government authorities asked Munroe whether his parents were married at the time that he was born -- the question is technically illegal, classified as discriminatory under the Canadian Human Rights Act. Even though Munroe ended up receiving his citizenship in his sixties, he spent the majority of his life stateless.

Leonard Johnson  is currently being denied benefits because -- despite having lived in Canada since 1947 with his war bride mother and having worked paid taxes in the country, he was denied his old age security pension last month. Johnson, however, was able to obtain British citizenship in order to travel. He is currently 65, however, and now only has 20 per cent vision out of one eye and is blind in the other, which makes it difficult for him to complete paperwork in order to become a Canadian citizen.

Even though there are several situations in which people can become Lost Canadians, war bride children who were born in 1946 and 1947 are in the spotlight because they are now applying for Old Age pensions, and are becoming 'red-flagged' when they report to the government that they were born in England or Scotland. Since many of them never realized they weren't Canadian to begin with, they find themselves at  loss when the government refuses to grant them any pension or benefits.

Refusal to speak about citizenship issues