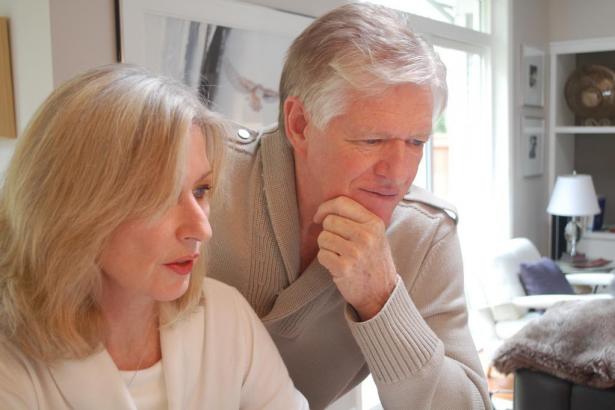 Liz Johnston and her husband, Lost Canadian Ken Smith, at their home in White Rock. Photo by Alexis Stoymenoff

Ken Smith and his wife Liz Johnston love to travel. But recently, planning a vacation has become a nearly impossible task.

“Lately, we’ve had some problems at the border because of my weird situation, where I can’t say I’m Canadian but I’ve lived here the majority of my life,” said Smith.

The 68-year-old White Rock resident is one of a number of Lost Canadians, excluded from citizenship due to the country’s archaic laws. Despite having lived in Canada since 1945, he’s been rejected twice by Citizenship and Immigration Canada. And ever since border security ramped up after 9/11 he says he’s had terrible experiences with customs officials.

“They don’t understand why I’m not Canadian, so immediately that raises some flags. About a year ago, the flags were all raised and we ended up not being able to go on our vacation down in the Caribbean because the plane landed in the United States,” Smith recalled.

“So we’ve got a little process that we’ve got to go through, and we’ve been advised that it won’t be a problem...if you get your citizenship first. And that shouldn’t be a problem, right? Well, guess what? It is.”

Smith was born in England in 1943, to a British mother and Canadian father in the Royal Regiment. His parents were married 10 months after his birth, and they moved to Canada in 1945. Tragically, Smith’s mother died just 12 days after they arrived in Toronto, and when his father soon remarried, he was raised to believe that his stepmother was really his birth mother. It was not until his thirties that he finally found out he was not born in Canada.

Because Smith was born out of wedlock before 1947, the law says he’s not a citizen—even though his father was Canadian. Outdated regulations affecting war brides like his mother are the reason for many of the current Lost Canadian cases.

While it may seem shocking that such a discriminatory law is still in effect, despite aggressive appeals from citizenship advocates, the government has yet to fully resolve the issue.

“They still apply the laws of the time, which were, of course, very discriminatory,” said Johnston, who has passionately taken up the cause on her husband’s behalf.

“I mean, they’re not legal today but they apply these laws. It’s bizarre. And it’s because Ken was born out of wedlock. He was ‘owned’ by his mother, who was not a Canadian, which means he wasn’t Canadian.”

This week, as politicians commend progress on gender equality in honour of International Women’s Day, it’s particularly important to consider how such rules are still in effect. The laws at the time discriminated against women who had children out of wedlock, and the government continues to hold up this discrimination in existing legislation.

“There’s no question. If you’re a person who has a Canadian parent, you should be Canadian. Period,” said Johnston.

“It’s disheartening. It really is. Because you’re here, but you’re not one of them,” added Smith.