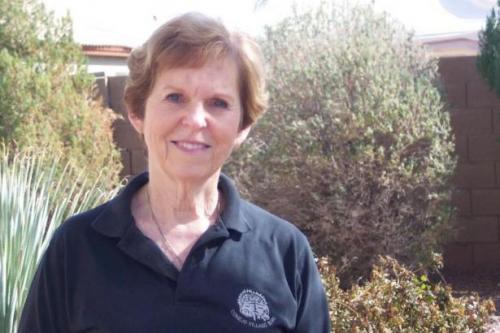 Jackie Scott was trembling as she waited for the FedEx envelope from Citizenship and Immigration Canada. When she started reading out the letter that accompanied the citizenship applications that she had sent two years ago, tears sprang to her eyes. She had been denied citizenship. Again.

“It's a horrible feeling to be rejected by the country you believe in, which you believe is your close connection and your identity,” said Scott, speaking over the phone from Arizona, where she now lives due to her non-Canadian status.

Her file, she said, was received by the Citizenship and Immigration office on January 18, 2010 – more than two years ago. She said that the CIC acknowledges that politicians such as West Vancouver MP John Weston have voiced their support for her and amendments to the law are being considered. But considering how long it has taken to get any response, Scott is skeptical that the laws will change anytime soon.

“I'll be dead by that time,” she said with a frustrated sigh.

“That's what they're looking for – natural attrition. They just want us to just go away.”

Even though her case has made little progress in eight years, she said she plans to continue her fight for Canadian citizenship.

"They're denying me citizenship because my parents weren't married when I was born. That's contrary to all kinds of laws.

"This has to be corrected so that they honour the laws in place."

Scott, 66, is one of hundreds of remaining “Lost Canadians,” a term to describe Canadians who are denied citizenship by a series of antiquated and sexist nationality laws which the government amended in 2009, but not completely.

“I'm the only one in my family that doesn't have Canadian citizenship,” she said, her voice shaking.

Scott's citizenship woes began the day she was born -- out of wedlock in England during World War II, the child of a Canadian soldier and a young British woman.

According to the laws of the time, her parents' unwed status made her a 'bastard', the legal product of her British mother with no right to her father's Canadian identity.

Scott's parents did everything so that their daughter could become a registered Canadian after the war. They moved to Canada when she was just two, and got married. Her father 'legitimated' her in writing according to the 1921 Ontario Legitimacy Act (a law established to deal with war brides of World War I) and never gave it a second thought.

Scott grew up in Ontario, worked and paid taxes, voted in Canada's federal elections. She even has children and grandchildren who are Canadian. In 2004, after going through her whole life believing she was a Canuck, she learned to her horror, after a rejected passport application, that she was, in fact, completely stateless – and was forced to take a U.S. citizenship through her husband.

Despite fighting an eight-year public battle to have her situation addressed, Citizenship and Immigration Canada (CIC) has repeatedly denied her requests for citizenship.

A Canadian-born soldier, but not a citizen

It's not news to her that she has been turned down due to her “bastard” status: this, she has heard before. But today, Scott is angry over the statement accompanying her papers, which suggests that her late father was not in fact Canadian after all.

“My father was born in Toronto in 1911,” Scott bristled. “They're saying the Canada Citizenship Act didn't come in until 1947. So when I was born, he wasn't a Canadian. He fought for Canada. How can they say that?”

She added that he had never set foot outside of Canadian soil except during the war years in Europe, where he met his future British wife.

“They (government officials) don't even know their own laws,” said Don Chapman, an advocate of the Lost Canadians whose lobbying helped push through Bill C-37, giving thousands of Canadians in similar situations citizenship in 2009. For the last two years, he has been advocating on behalf of an estimated five per cent of Lost Canadians – including Scott – who were left behind because Bill C-37 mysteriously excluded people born before 1947.

To illustrate his point, Chapman brings up the case of Joe Taylor, whose high profile dispute with the government led to the creation of Bill C-37.

The resulting document, “Reclaiming citizenship for Canadians – a report on the loss of Canadian citizenship,” noted the problem of stateless “war babies” and recommended that in addition to Taylor, 250 people similarly affected be given a special grant of citizenship.

“Jackie Scott is one of the 250 people,” said Chapman. “Why is the government ignoring its own recommendations?”

Rick Dykstra, Parliamentary secretary to the Minister of Citizenship and Immigration, did not respond before the date of publishing, but had said in a previous interview that such applications are being dealt with on a “case-by-case” basis.

According to Chapman, the government has rejected each case of remaining Lost Canadians.

Scott said she plans to fight for a judicial review – she has 30 days to file her case -- but is troubled by the time it has taken for a response to her application.