If Jackie Scott were born in wedlock, she would be Canadian. Unfortunately for her, her Canadian soldier father wasn’t able to marry her British mother until after the end of World War II. Never thinking this would be an issue, Scott lived half of her life in Canada as a Canadian citizen, until one day Canada took that citizenship away. 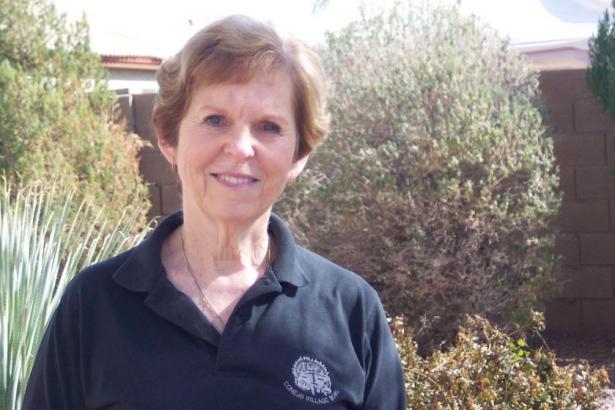 It's been a year and Jackie Scott, 65, hasn’t heard a word. On the phone from Sun City, Arizona, her normally soothing voice cracks with frustration over an ordeal fit for the fictitious plot of an existentialist novel, not the myth of Canada’s gracious open arms.  Scott is waiting for a reply on her third and fourth Canadian citizenship applications. Her first two, dating back to 2004, have failed.

The Vancouver Observer first brought you Scott’s story on Canada Day, July 1st, 2010. On that day she proudly hung a Canadian flag off the front hitch of her RV next to the 176th border crossing in Surrey, BC. With the holiday came thoughts of her Canadian war veteran father.  That day, Scott couldn’t help but feel the joy that comes with celebrating the better side of her nation, the one her father fought fascism to defend. Seven months later, however, that flag is no longer there. And neither is Scott. She is back in America again, her six month visitor status all but used up.

Scott is a self proclaimed Lost Canadian, a term used to describe Canadians who, through a series of antiquated and sexist citizenship laws, are denied the citizenship that most of us take for granted. Over the years, some of the obscurities in Canadian citizenship law have been eliminated, like having to be in Canada on your 24th birthday or be stripped of your nationality, but not all of it. The law that keeps Scott out is still on the books.

That law is the 1947 Citizenship Act. It says that children of Canadian soldiers stationed overseas are the chattel of their foreign mothers and not their veteran fathers if the children were born out of wedlock before 1947. Jackie was born out of wedlock in England in 1945. And though her father and mother eventually married in Canada after the war ended and raised Scott in Canada from the age of two, the 1947 out of wedlock provision stands. Because of that law, Scott is the only member of her family who is not a Canadian. Even her grandchildren are Canadian. If not for her American status by marriage, Scott would have no country at all.

“I have to use my American passport and my landed immigrant papers from 1948, so I don’t get flagged at the border when I come into Canada,” Scott told the Vancouver Observer from Arizona.

As it turns out there are many people who don’t know they’re not Canadian until they are asked to prove it. And many of those realize it all too late in life, when they go to collect their pensions, like the recent Sandra Burke case, or to travel abroad on retirement vacations, like Scott.

Unable to show ‘proof’ of citizenship when applying for her passport in 2004, Scott was told that despite having spent half her life in Canada, working, paying taxes, voting, even baring her children here, that she wasn’t Canadian. Without citizenship, there is no pension, no opportunity to work legally, no extended healthcare benefits, and most importantly to Scott, no recognition of her ties to Canada or respect for her father’s service record.

“Does the Canadian government think that I want my citizenship to take advantage of the benefits that Canada has to offer? I have no intention of doing that. That is the last thing I want to do. I just want to be a part. I want my Canadian citizenship to be recognized. I want my father’s contribution to Canada to be honoured.”

A Tale of Two Laws.

Adding to the strain in Scott‘s voice through the phone is the time it takes to explain that while there is one obscure law the government upholds to say she’s a foreigner because she was born out of wedlock, there is yet another obscure law, the 1921 Ontario Legitimation Act, that says Scott is a Canadian.

“It's really frustrating. No matter what you say it gets ignored – by the bureaucrats, by the higher ups. They’re just not recognizing the laws they should be recognizing.”

It’s a story that Scott has told a hundred times, most recently to the Standing Committee on Citizenship and Immigration in Ottawa. Her own would-be MP, Fleetwood – Port Kells Conservative Nina Grewal sits on the committee.

Without getting overcomplicated, (which is half the problem of this conundrum, it takes longer to explain than it does to solve these  cases), Canadian provincial governments had provisions that allowed children of foreign mothers born out of wedlock, legally called 'bastards', to be deemed ‘legitimate’ and thus Canadian if the parents eventually married. Scott’s parents did marry, and accordingly she should be counted in. One of Scott’s two current citizenships applications is to have that 1921 law upheld above and beyond the 1947 Act that stripped her of her rights.