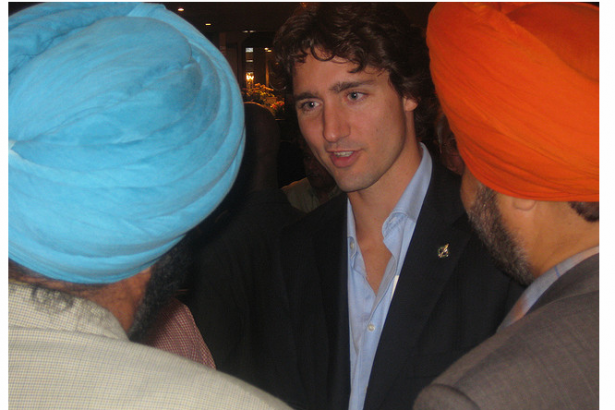 In April 2009, thousands of people around the globe awoke one morning with the right to claim Canadian citizenship. This right was not theirs the previous day, but remains theirs today.

Amendments to the Canadian Citizenship Act opened Canadian borders to people of Canadian ancestry who, through fate, circumstance and the decisions of their parents or grandparents, left this country for another.

The changes that welcomed many did nothing to end the exclusion of others. There are still people who were born to a Canadian parent before 1947, and in some cases up until 1977, for whom Canadian heritage is still not recognized, even though many of them have lived in Canada since they were infants -- some for their entire lives.

Now, a growing number of politicians are speaking up.

Justin Trudeau is among the most prominent. The Liberal Member of Parliament for Papineau, a bilingual riding in urban Montreal, is the newly appointed party critic for Youth, Citizenship and Immigration.

During Citizenship Week earlier this month, Trudeau weighed the rights and responsibilities of citizenship. In a news release, he wrote, "...there continues to be a remarkable number of people whose commitment to this country is not properly acknowledged by the Citizenship Act."

For Citizenship Week, which takes place from Oct. 18 to 24, Trudeau wrote, "This week is also a time to acknowledge these Lost Canadians and work towards rectifying the failures of current legislation."

Veniez met with one of his would-be constituents from the Sunshine Coast,  Don Chapman, an activist who campaigns tirelessly to restore citizenship rights to those he believes have been injustly disenfranchised. The influence of the Vancouver-born reformer is evident in Veniez's words. The Liberal politician described Canada's citizenship laws as gender-biased. He called them "an inexplicable injustice" and described the "discriminatory provisions" of a law that "treated women and children differently from men, stripping status from Canadian women who married foreigners, but not Canadian men who married foreign women."

Veniez's urges a non-partisan approach to fixing the rights that affect Canadians. Here are a few excerpts:

In the year 2010, it is incomprehensible that the Conservative government refuses to make our Citizenship Act Charter compliant the Charter rights that most of us take for granted. But this issue was also ignored – and was given lip service by the previous Liberal government, too.  This is not – and should never be – a partisan issue. It is one that touches the very essence of our citizenship.

Of particular concern is the "born out of wedlock" war bride children, born overseas before their parents married from inheriting the citizenship of their Canadian serviceman father.   Despite Orders in Council granting them citizenship, the Harper government continues to ignore their rights. It's an insult to the memory of Canadian veterans and their War Bride wives since most of these children have lived their entire lives in Canada since arriving as babies with their mothers on the War Bride ships in 1946. War Brides and their children were promised citizenship upon arrival, and most of them believed they were. But as the children are discovering today, when they make application for Old Age pension or a passport, they are still being denied.

This is an unbelievable travesty.

A large number of these Lost Canadians are senior citizens who have fought for our country, paid taxes, worked hard, and have contributed to their communities in countless ways.

Yet, they are also largely forgotten and have slipped between the cracks of our current laws. They are in legal limbo.

He calls on the Harper government to introduce legislation "to correct long-standing discrimination" and to address the remaining injustices of the Canadian Citizenship Act which he calls "Canada's most basic human rights document."

He also urges the Conservative government to create an independent office for a citizenship ombudsperson who can "focus solely on the thorny issues of gender and marital status discrimination."

Finally, he writes: "The onus is laid squarely and unambiguously on our parliamentarians – from all parties – to come together to correct this despicable injustice."