The road to creating the 1947 Canadian Citizenship Act was paved with good intentions. Unforntunately, it barred many of the most deserving Canadians the right to call Canada their home. 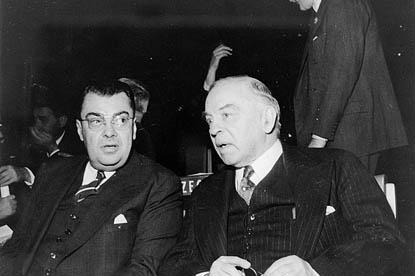 Paul Martin Sr., the father of former Canadian Prime Minster of the same name, minus the suffix, didn’t know he was on a quest for a symbol to represent "the character of Canada", but he found one, nonetheless, in a graveyard in northern France on a dull,  chilly day in February 1945.

The Ottawa-born Liberal MP for Essex East eyed rows of wooden crosses and the  tombstones waiting to be cemented in the earth. He noted the ethnic, linguistic and  international nature of the names. The “origins of the dead were so varied,” he would later write. “It struck me that herein lay the character of Canada, a land of people of diverse national origins.”

Canada’s multiculturalism and the mythology of the mosaic — the strength of collective and diversity — were essential to Martin’s idea.

“Nothing has since epitomized the concept of our nation more poignantly for me than that cemetery. Of whatever origin, these men were all Canadian.”

Except they weren’t — they were British nationals living in Canada. It said so on their graves. Martin returned to Canada and drafted what would become the first Canadian Citizenship Act.

As Martin saw it, even though Canada had been an independent state since 1867, forging Canadian citizenship was as fundamental to nation building as creating a distinct and unique Canadian flag.

“I still feel very strongly that promotion of a new flag and the citizenship legislation were not expressions of a narrow nationalism but were understandable demonstrations of pride in Canada and its growing autonomy,” he wrote in an essay published in 1991. Canada was taking its place on the international stage and “would be better fitted to play its full part in the world if Canadians had a sense of community expressed by appropriate symbols.”

A flag and an anthem: the kinds of symbols that many Lost Canadians now have mixed feelings for. Though probably not the intention, the language of Martin’s first Citizenship Act, community, autonomy and pride, denies citizenship to people who on every commonly accepted level are Canadian.   In fact it denies the children of many of those who fought and died to fill the fields Martin Sr. so somberly reflected upon.