Rex Murphy is fluent in the language of occupation 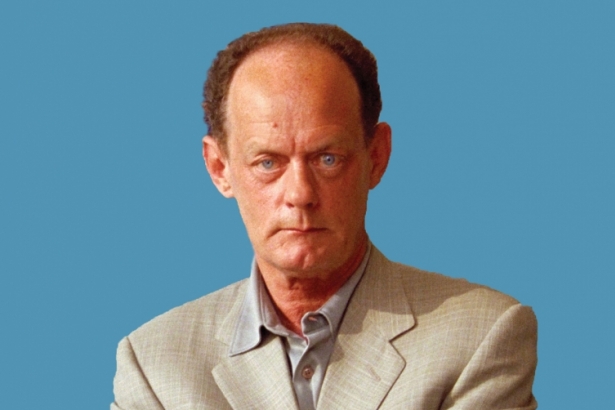 Last month, well known current-affairs commentator Rex Murphy penned an editorial in the National Post regarding a flare-up between the RCMP and demonstrators near Elsipogtog First Nation, in New Brunswick. Prior to the incident, a conflict between the Mi’kmaq people and their supporters, and the oil-and-gas outfit SWN Resources, had carried on since the spring of 2012, consisting almost entirely of peaceful protests, encampments and blockades of roads and highways.

Those who have joined the actions—many of them women, children, Mi’kmaq elders and non-native Canadians—have articulated specific grievances. SWN’s intent is to locate and measure shale gas plays through seismic testing, and ultimately, to retrieve the resource through hydraulic fracturing (“fracking”). Opponents of the enterprise are justifiably concerned about the threat it may pose to their drinking water, and to the health and vitality of the ecosystem upon which traditional Indigenous ways of life depend.

Murphy’s paean to the munificent Canadian state fails to engage with these concerns even in passing. The points he does raise echo common, intellectually suspect defences of settler colonialism, imperialism, and occupations around the world.

In keeping with convention among settler-colonial apologists, Murphy summarily denounces the use of the word genocide—a term he finds “illiterate and insulting.” However, he neglects to support this stand with any discernible evidence.

Coined by human rights lawyer Raphael Lemkin, “genocide” was codified in international law within the 1948 United Nations Convention on the Prevention and Punishment of the Crime of Genocide. It is defined as “any of the following acts committed with intent to destroy, in whole or in part, a national, ethnical, racial or religious group, as such:

Canada (or its pre-Confederation antecedents) has been either an accomplice to, or an active perpetrator of, scalping laws, non-consensual sterilizations, forced removals, residential schools (in which thousands of students perished), the “‘60s scoop”, and various policies calculated to induce poverty and starvation in Indigenous communities, among other crimes. In sum, Canada would appear to have fulfilled every one of the legal criteria denoting genocide at some point in its brief patrimony, Murphy’s objections notwithstanding.

Murphy’s broader assertion is that events such as that which took place in Elsipogtog in October—involving a paramilitary crackdown by the RCMP, the hurling of Molotov cocktails and the burning of police cruisers—cause him, and Canadians like him, profound exasperation. What more can our country possibly do to appease these restive natives? Murphy seems to lament.

The ugly corollary to this attitude gives rise to much of the racism that Indigenous peoples in Canada continue to confront: in moments of contretemps, non-native Canadians are supposedly held hostage to the natives’ unreasonable, “race-based” demands, unless or until state authorities intervene, usually with force and/or violence. Ignored or downplayed in this view are the economic and sociopolitical implications of Canada’s settler-colonial status and occupation of unceded land.

Colonialism exists in Canada, Rex Murphy. You're part of it.