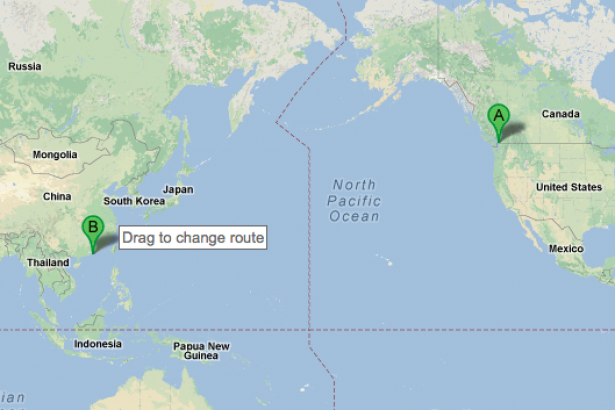 Vancouver to Hong Kong: How many are really leaving, and why?

Exodus, all the people

A study by the South China Morning Post suggests that Hongkongers (defined by the SCMP as permanent residents of Hong Kong) are leaving Canada and returning to their homeland in unprecedented numbers.

The methodology of the SCMP's study is imperfect, primarily because tracking the movements of people between countries is not as easy as one may think. Canada has no exit-visa program, so it can be difficult to tell when someone leaves for good.

Meanwhile, Hong Kong's history makes it difficult to define who is and isn't a permanent resident.

Also, dual citizens (who may hold multiple passports despite their home countries' laws or protestations) enter and leave with different travel documents: in other words, a Canadian leaving is a Hongkonger arriving.

That aside, the SCMP points out that the phenomenon of reverse migration presents new urban-planning challenges. Vancouver-based urban planner Andy Yan is quoted in the article as saying that this migration-boomerang is "a massive X factor and is the frontier of urban planning."

Why are they leaving?

I could not help but wonder if Canada's own urban planning may not be at least partly responsible for the reverse migration in the first place.

Could urban planning failures to some extent have led to this spike in HK-citizen departures, as well as the flight of immigrants from other shores? Is our urban planning (particularly in Vancouver) at all cohesive to begin with? We have what could gently be called "livability issues", after all.

I spoke with Yan to touch upon the larger issue of livability in Canada, particularly in Vancouver. After all, Vancouver routinely makes the top 5 in those quality-of-living surveys that seem scientifically engineered to make you argue with your Facebook friends.

"Without a stable and adequate income, it’s hard to maintain a high quality of life given the cost of living in Vancouver," Yan said. This seems to echo the overall sentiment of those responding to the poll next to the SCMP article: In answering the question "What's fueling Hong Kong's reverse migration?", "Jobs" was the number-one response, followed by "Livability" ("Families and friends" came in third). 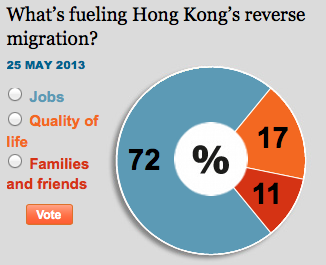 When it comes to things like housing prices, though, though, Hong Kong is slightly less affordable than Vancouver: try $5,000 per square foot (though it'd be quite a bit more if you were a non-resident). So, when respondents choose "Jobs" as the reason for HK residents heading back home, then those jobs must pay pretty well.

Amongst my own expat network, low wages in Vancouver for skilled work is the number-one complaint: if you're an Australian marketing professional, for example, your wage gets cut in half the second you clear customs at YVR, yet your cost of living remains the same, even accommodating for currency conversion. Young professionals will put up with that for a snowboard season or two, but not necessarily for the long-term.

And indeed they move. Immigrants don't always stay in the New World, despite what we're taught in school.

"Early [US] immigration research showed that everyone went through Ellis Island, but anywhere between 20-30% of immigrants went back," Yan mentions.

"[The Hong Kong reverse migration] is arguably not unprecedented when you talk about the history of migration."

This flies in the face of our accepted migration mythology, in which huddled masses of foriegners flock to our shores, put down roots, and stay.

We return, though, to the problem of measuring this ebb and flow: it's always been the way of the world (and its population), but to what extent is it changing?