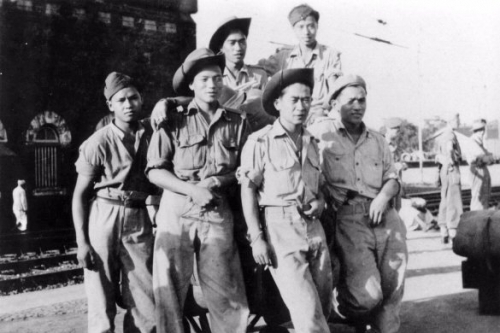 His name is Bill Chong, but for a period in his life, he was known as Agent 50 -- a Chinese Canadian working as a spy during the height of the Second World War.

After a fateful experience watching a wounded Canadian soldier brutally shot by the Japanese in Hong Kong, Chong signed up for the British Army Aid Group and worked there as a spy, rescuing soldiers and civilians from Australia, England, France and India.

His appearance, a disadvantage while living back home in Vancouver, covered his Canadian identity like a mask when helping his comrades during the battle unfolding in Asia.

"He was a real Allied spy in Hong Kong and southern China," Chinese Canadian Military Museum founder and president Colonel Howe Lee said while looking at his black-and-white photograph of a smiling man in a beret.

"He was captured three times by enemies, and escaped all three times."

Chong is just one of many unsung Chinese-Canadian heroes who worked behind enemy lines during the Second World War. 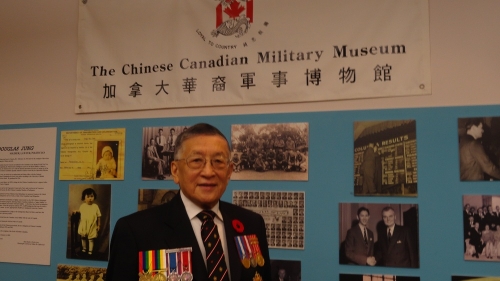 Looking distinguished in military uniform adorned with medals, Lee is a living part of Chinese Canadian history, having spent 35 years in the army.

He's a third-generation Chinese Canadian born in Armstrong, B.C. and has helped build together the extensive museum display now on the second floor of the Chinese Cultural Center on Columbia Street.

As he walks through the exhibit of black-and-white photographs and wartime uniforms, Lee looks proud of the exhibit, but his ultimate goal is still over the horizon: he wishes to gain inclusion for Chinese Canadian war efforts as part of the permanent exhibit at the national Canadian War Museum in Ottawa. 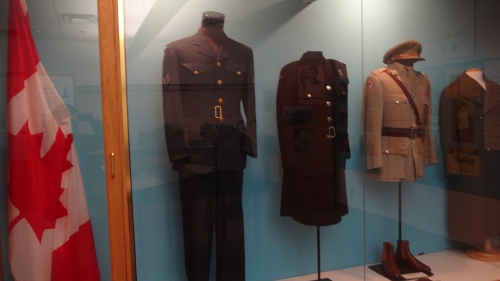 “We've been working, trying to get a display in there, ever since we were invited to go to Ottawa in 1994,” Lee said, reflecting on the first time that Chinese Canadians were able to participate in the national Remembrance Day Services.

“We had 60 of us there, and it was well-received -- the ambassador of China hosted a dinner for us, and we were extremely delighted,” he said.

But what struck Lee when he and the others visited the Canadian War Museum (which was since moved to a different building) was that there was no mention of Chinese Canadian soldiers who helped Canada during the wars. No mention of the men and women who fought for a country which, at the time, didn't even allow them to vote.

“We complained there was nothing on the Chinese Canadian veterans,” he said. "We talked to the staff, but nothing was done."

Today, after 17 years, the museum in Ottawa now shows temporary display from the Vancouver-based Chinese Canadian Military Museum exhibit. The monumental change was in large part thanks to the museum's director of exhibitions, Dr. Dean Oliver, who visited Vancouver and toured the Chinese Canadian exhibit last year.

“It was the first time the museum (in Ottawa) negotiated with an outside group,” Lee pointed out.

Many in the broader community actively support this move, and are calling for a permanent exhibition.

"A few decades from now, future generations are going to look back and ask why these things were done."

As Canada honours its veterans on Remembrance Day, few recognize the efforts of Chinese Canadians who contributed to the war. But the photographs in the small display room in Chinatown tell stories that deserve to be known to all Canadians. 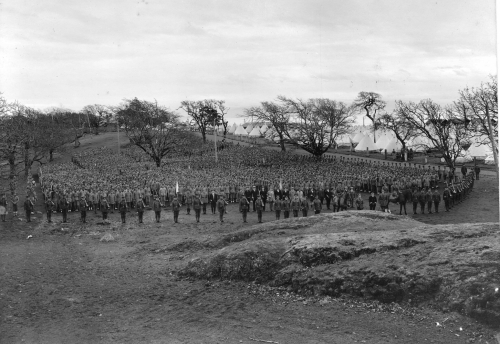 Citizenship Minister Kenney: war dead were Canadian, but not citizens