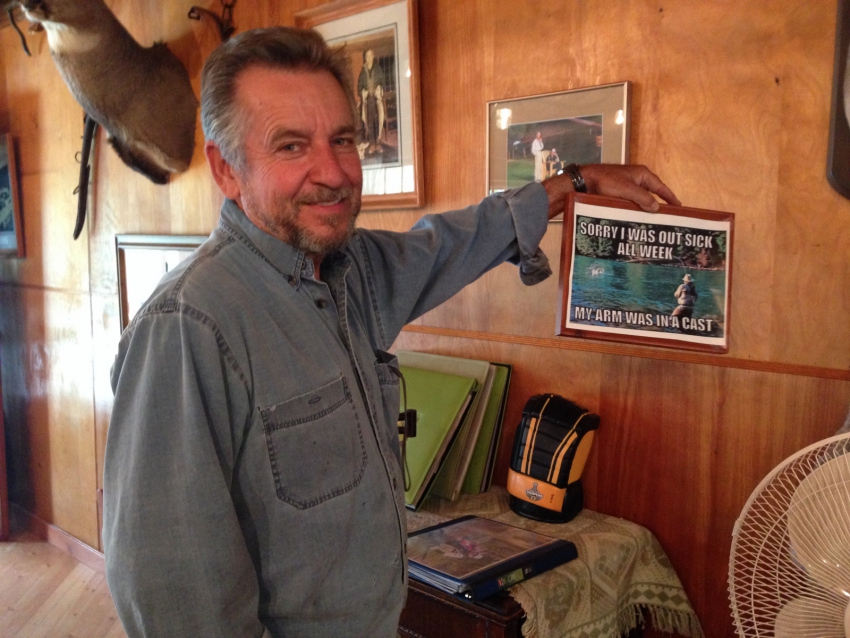 “I planned on dying here,” Skeed Borkowski, owner of the Northern Lights Lodge, said. “But not from drinking the water.”

The lodge, located on Quesnel Lake, is one of many local homes and businesses left to hang precariously in the aftermath of the Mount Polley mine spill that released billions of litres of mining waste into the local environment, including Quesnel Lake.

On August 4th a massive tailings pond holding waste water and sediment from the Imperial Metals gold and copper mine breached, sending a mixture of contaminants including arsenic, mercury, selenium, zinc and lead into Polley Lake and Hazeltine Creek, which flows into Quesnel Lake.

“I don’t see that in the cards right now.”

The day I went to visit Skeed at the Northern Lights Lodge, eight days had passed since the spill.

“I think it hit me more yesterday for some reason,” he said. “I made my first disconnection from the lake.”

When I drove up Skeed was working next to a water pump, one of four that feeds the lodge with water pulled directly from Quesnel Lake. Seeing the water pump slumped on the lawn bothered Skeed like an exposed nerve. Surfacing those pumps was all too much like pulling up roots.

“And I’m not an emotional guy. I wrestle grizz (grizzlies),” he laughed. “I mean, look at this,” he said, surveying his property. “The work that we have done here, all these docks, everything you see, all these cabins…”

Skeed and his wife Sharon bought the 1942 lodge 18 years ago and spent their life savings rebuilding it into one of Canada’s premier fly-fishing destinations. 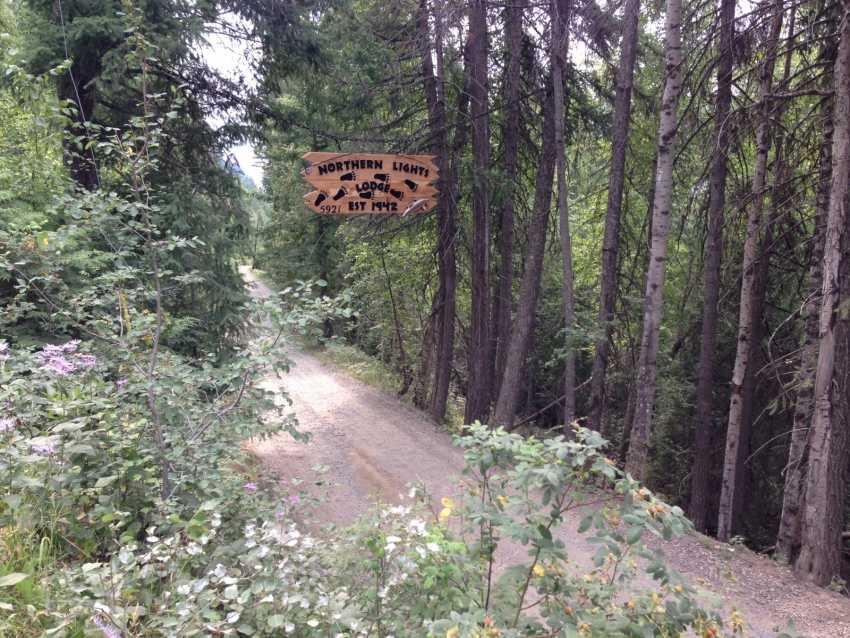 He walked me up to the main lodge. The exposed wooden beams were decorated with colourful flies in the kitchen. The main room had all the rustic allure of a classic fishing lodge: dark wood, stone arched fireplace, mounted moose heads, board games. 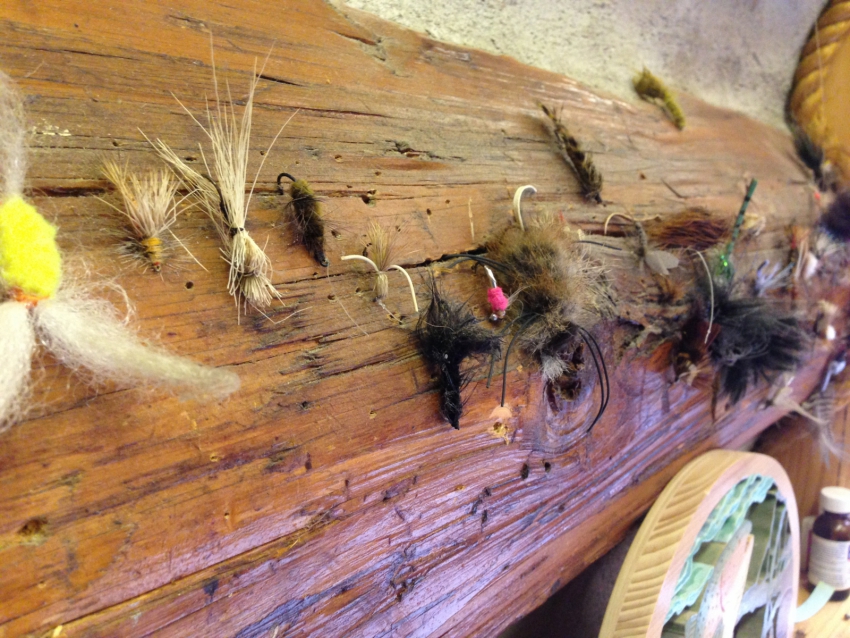 For 16 years they have been running fishing tours, Skeed said as he flipped through a photo album of past guests. “Look at them,” he said of a couple laughing, holding up a rainbow trout. “This is what we give to people.” 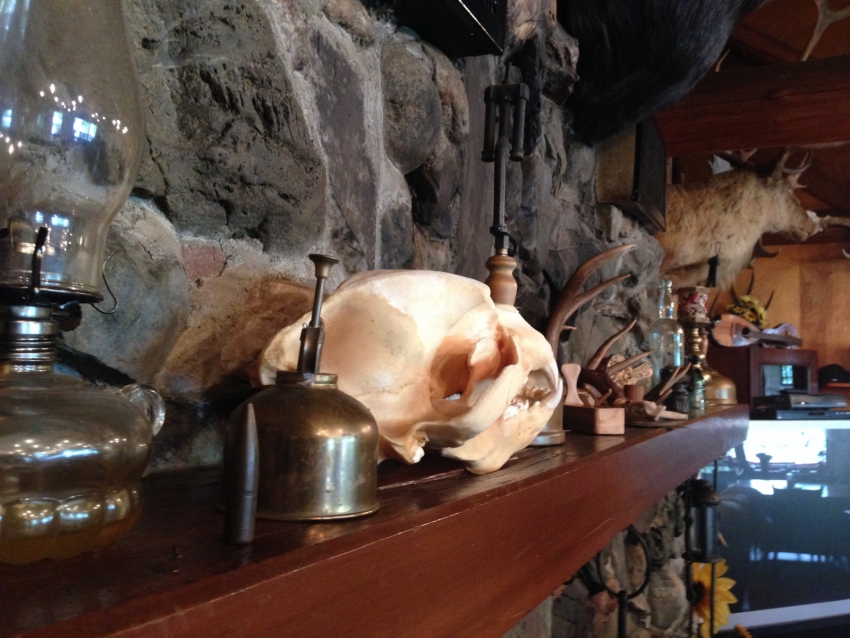 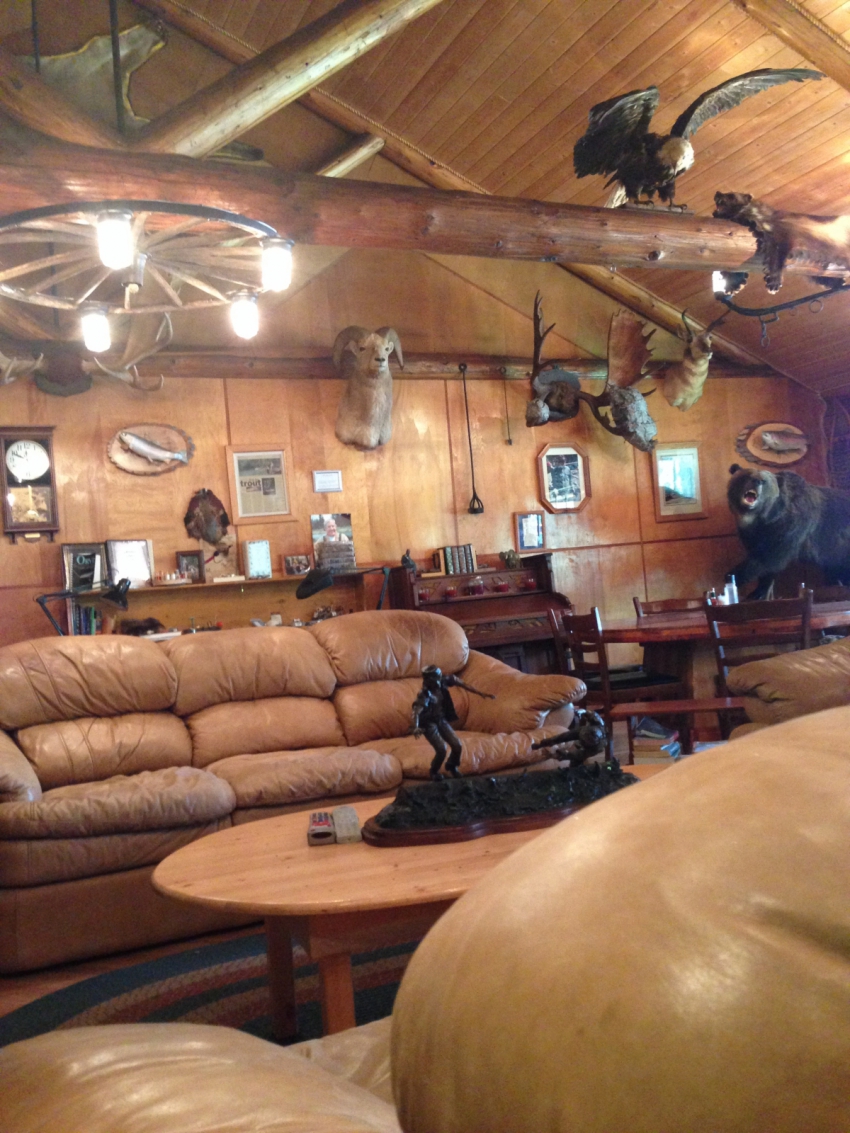 At the beginning of the summer Skeed and Sharon made a big decision. They were going to switch over to long-term renters and host their final full-scale fly-fishing tour.

When the couple sent out email invitations to former guests, the response was overwhelming. “In nine days we sold 42 trips,” he said, setting them up for a busy final season.

To commemorate the event, Skeed even had hats made. They read: “The Last Cast.”

“This was going to be our year,” Skeed said. “I tell people that we’re going to slow down a bit, because we’re cramming for finals. This is the time and it’s ironic that this hat says the last cast,” Skeed said, holding onto the memento.

All but one of the groups cancelled their trip. Although, Skeed said, only two individuals wanted refunds. “Everybody has become such good friends, saying ‘let’s just hold off until next year – don’t worry about it right now, you’ve got a lot on your plate,’” he said.

But for Skeed, the promise of a return to normalcy isn’t anywhere on the horizon.

Skeed said he and his wife Sharon received a phone call at five in the morning from Sharon’s brother who worked at the mine. The mine’s tailings pond breached, he told them.

“We went out on our deck and it was like standing next to Niagara Falls. I’ve done it – and it was that loud here,” Skeed said. “One of the guys in town described it like a jet and that’s what it was like. That went on…probably 12 hours.”

Skeed and his wife put their boat in the water and travelled up the lake to warn other residents and campers. When they approached Hazeltine Creek, where tailings waste was flooding into Quesnel Lake, they were stopped by rough waters and debris.

“We could view the Hazeltine from probably half a mile away and you could see the slurry and the waves boiling out over the logs at that point,” he said.

The couple settled on using a blow horn to warn others on the lake. Skeed said they didn’t know what they were facing at that point.

“We didn’t know what to expect.”