Information Commissioner: Canada's Freedom of Information "A System in Crisis" 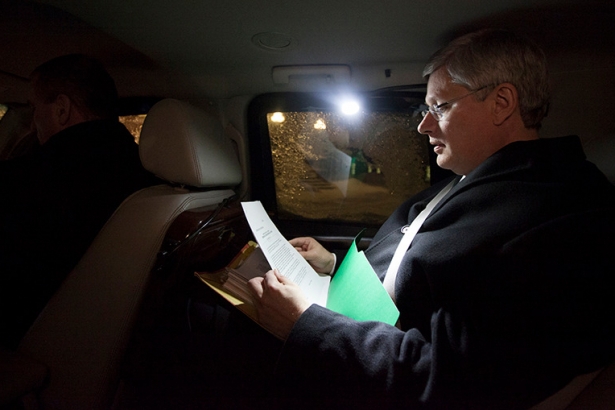 “I am seeing signs of a system in crisis, where departments are unable to fulfill even their most basic obligations under the act,” she told a group of bureaucrats yesterday in a private meeting.

A copy of the watchdog’s speaking notes was obtained by The Canadian Press.

According to Legault new protocols and directives are thwarting the public’s access to information. She cited a Treasury Board directive, released in April of this year that instructs bureaucrats to exclude ministers’ offices from access-to-information document searches.

Some protection is afforded to information contained in a minister’s office due to a Supreme Court of Canada ruling in May of 2011, but this new directive oversteps the measures of that ruling.

“This new component is not found in the Supreme Court of Canada’s decision,” her speaking notes read. “In my view, it is potentially damaging to requesters’ rights.”

Other points of concern for Leagult were unfulfilled requests, where information was unjustifiably refused or excluded from the Access to Information Act.

In addition, such unjustified delays were irresponsibly handled by departments.

Legault took the Department of National Defense to federal court for a 1,110-day extension under the Act, only to have the department release the documents a few weeks before her challenge in court.

“This type of case is not rare,” she said.

According to her notes, complaints to the Information Officer’s office in the first 5 months of the 2013-2014 year is up by 35 per cent. Complaints about departments claiming ‘no record exists’ in response to a request are also up by 34 per cent.

This week marks the annual Right to Know Week which promotes transparency in government.

Commissioner Legault also launched a formal investigation into the Harper Government’s systematic efforts to silence scientists and censor their engagement with the media. That investigation, launched after the release of a 128-page report by the University of Victoria’s Environmental Law Centre and Democracy Watch, is currently ongoing.

Legault has previously admitted this government is “not the most transparent,” and is a laggard in the Access to Information area. In 2011 less than 20 per cent of requests were fully disclosed. In early 2013, Legault claimed the government's transparency was at an all time low and requests for extension were at an all time high.

Poor access-to-information regimes "prevents Canadians from holding governments to account," she told the CBC back in February.

"Canadians should be angry," she said at the time. "It's really a fundamental democratic right in Canada [and] it's linked to freedom of expression."