It’s Monday, August 11th, and both my gumboots are dangerously sinking into the muck I’m trying to cross.

I took far too bold a step towards a sturdy log ahead as I’m trying to cross a sludge river left behind in the wake of the Mount Polly mine tailings pond breach.

Now I’m balanced precariously, one boot in front, one behind, and trying not to topple into the muck beneath that could contain high levels of arsenic, mercury, zinc, lead and selenium – all toxins and heavy metals stored in the breached tailings pond fed by the Imperial Metals gold and copper mine near Likely B.C. 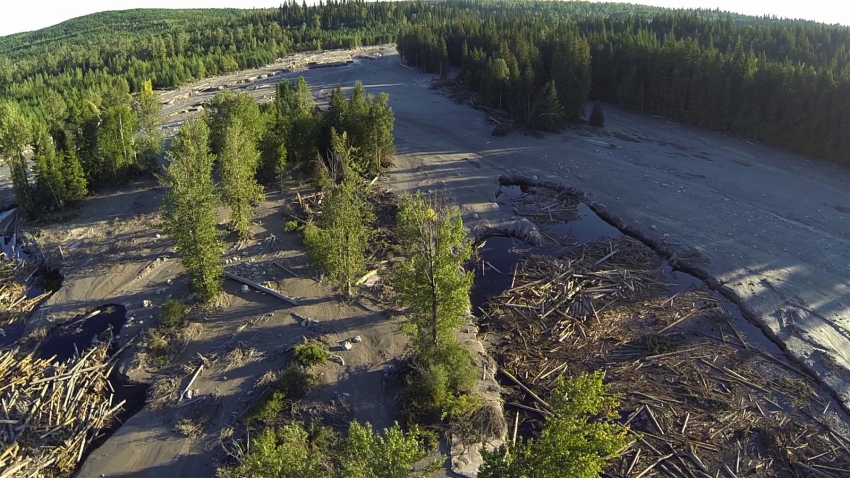 It’s at the convergence of the Hazeltine and Quesnel Lake that I now find myself, arms outstretched to maintain my balance, and sinking.

I finally manage to rock myself back far enough to regain balance on my back foot. I gently maneuver my front foot back and forth to relieve the suction around my boot. If I topple over I will plunge my bare hand into the sludge which, at this stage, contains an unknown mixture of chemical compounds known to cause cancer and birth defects. I didn’t know this until later, but even short-term exposure to selenium can cause respiratory problems like pulmonary edema or bronchial pneumonia. 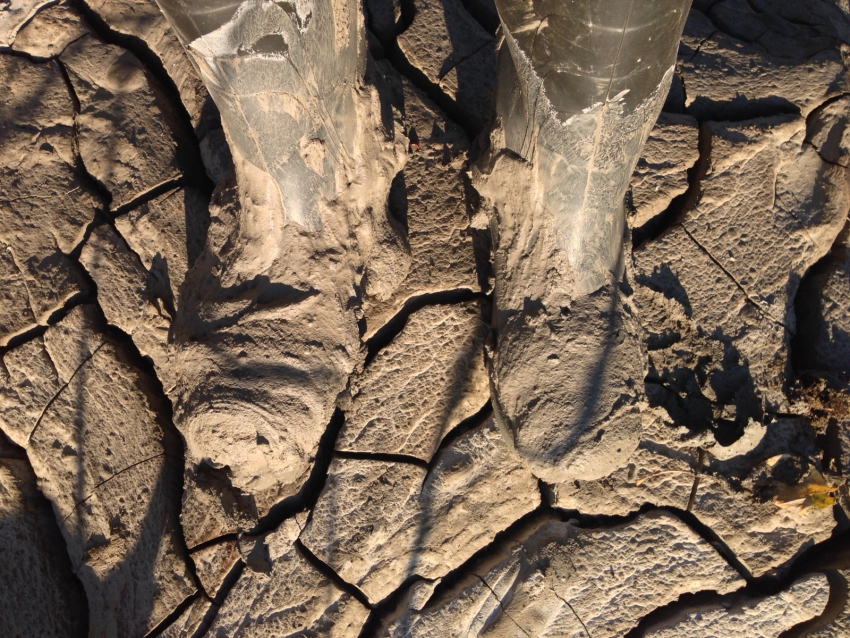 My boots covered in tailings sludge at the edge of what used to be the Hazeltine Creek.

Like everyone else around here, I have imperfect knowledge of just what health effects to fear in the wake of the spill.

Maybe I should have worn that damn mask.

But that might have rubbed my guide, local carpenter Tate Patton, the wrong way. 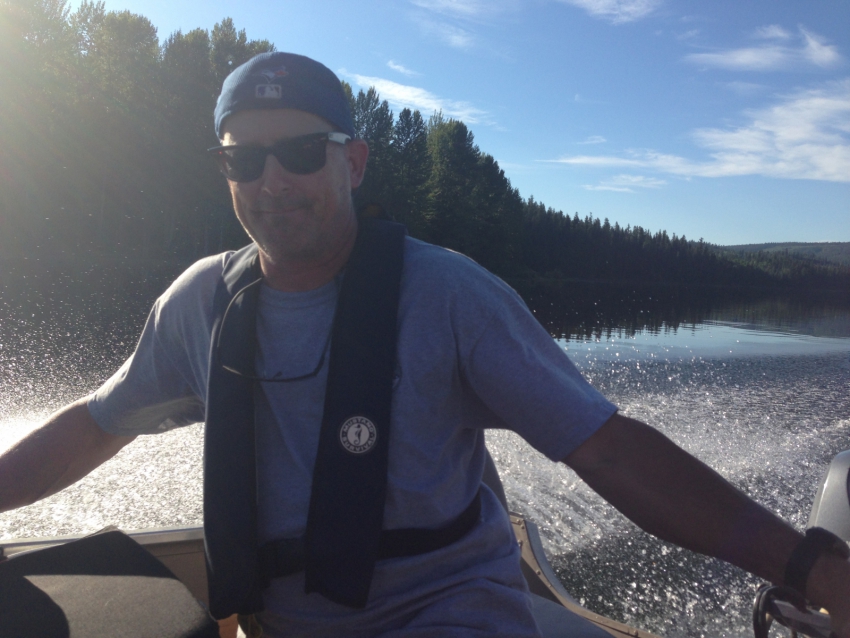 Despite the anger aroused by the incident at the Mount Polley tailings facility, a lot of folks in the community around Likely B.C. want to focus on recovery, rather than regret. 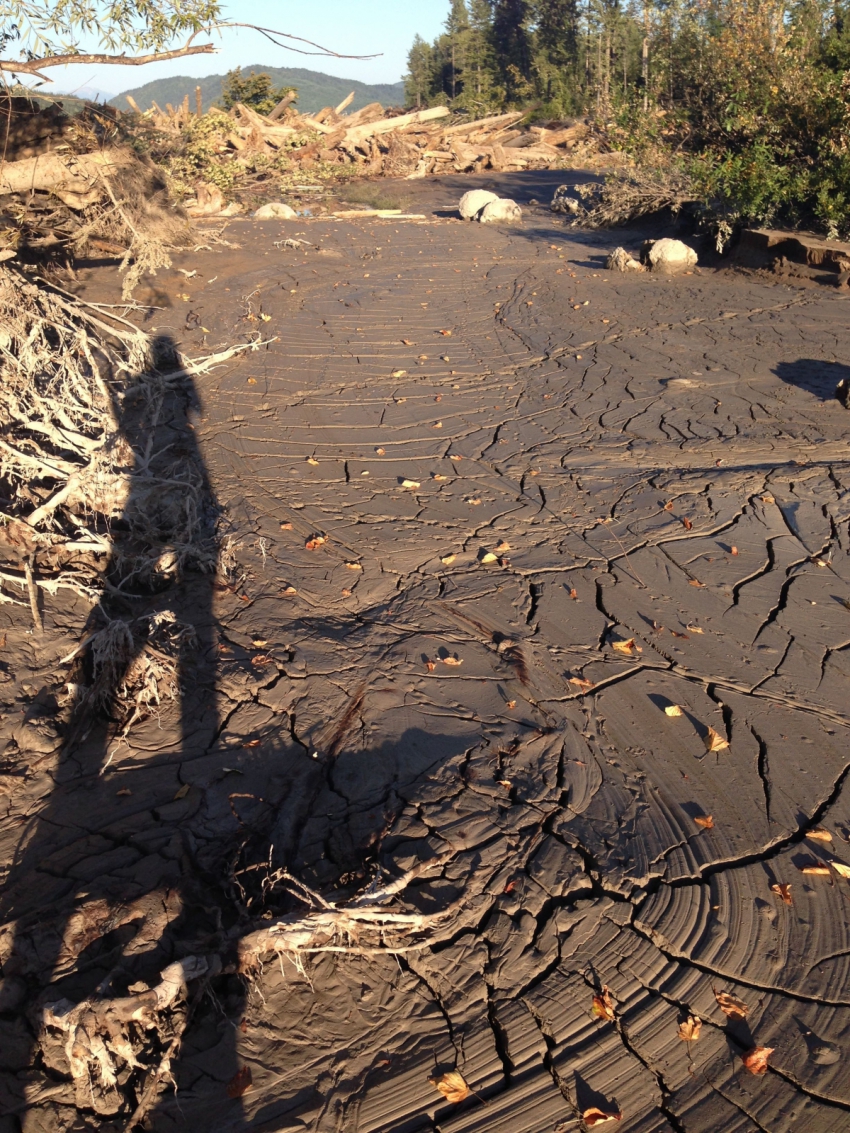 There was no chance of traversing the deep muck, I realized, not without waders.

I manage to back track successfully to more solid ground. I survey my surroundings for another route closer to what remains of Hazeltine Creek. No dice. 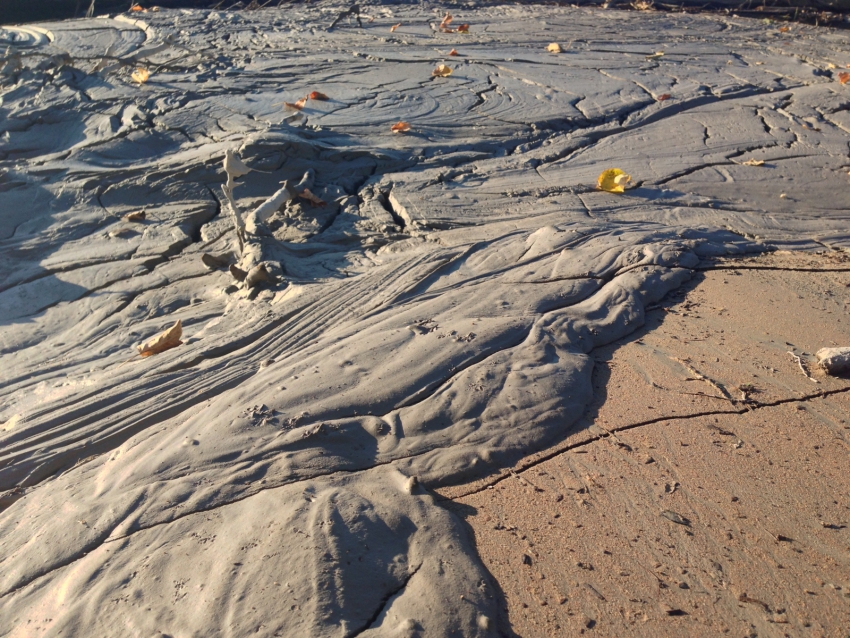 The spill caused a massive mudslide down the once humble creek bed, expanding its width from a mere six feet, to an incredible 150 metres.

As the material from the tailings pond flooded down the creek it tore at the surrounding forest, stripping the bank of trees, boulders and vegetation. The debris field at the mouth of the Hazeltine Creek stretches for more than a kilometer across.