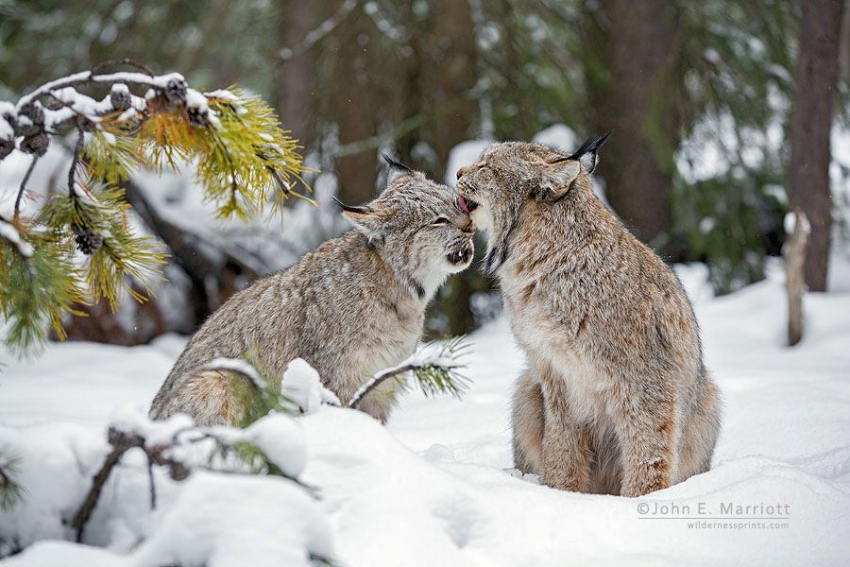 Documents obtained by DeSmog Canada reveal that Canada’s Ministry of Environment vetoed an interview request on toxins in fur-bearing animals in the oilsands, even though the federal scientist was “media trained and interested in doing the interview.”

The Environment Canada scientist in question, Philippe Thomas, had asked members of the Alberta Trappers Association to send him samples of fur-bearing animals caught across Alberta in 2012. Thomas needed a broad range of samples to gain deeper insight into the contaminant load in animals living near the oilsands.

In late 2012, DeSmog Canada submitted a request to interview Thomas, and provided several written questions to Environment Canada to review.

Documents obtained via Access to Information legislation show that pre-scripted responses were prepared for Thomas should the interview be approved at the upper levels. The request was approved at the deputy general level, but denied in the office of former Environment Minister Peter Kent.

The request was also sent to the Privy Council Office for review, but was denied by the minister before requiring a decision by the prime minister’s top-level advisors.

Media requests involving controversial subjects such as the Alberta oilsands, climate change or species at risk are often subject to upper level political review and are routinely approved or denied at the ministerial level or in the Privy Council Office.

Information Commissioner Suzanne Legault is currently investigating the 'muzzling of scientists' after a formal request was made by the Environmental Law Centre at the University of Victoria and citizen advocacy group Democracy Watch. The groups asked the commissioner to investigate “the systematic efforts by the Government of Canada to obstruct the right of the media — and through them, the Canadian public — to timely access to government scientists.” That investigation is ongoing.

Sean Holman, founder of Public Eye and professor of journalism at Mount Royal University in Calgary, said denied requests of this kind remind Canadians just how frustrated and undemocratic our access to information process really is.

“We have a Father Knows Best approach to government in Canada,” Holman told DeSmog Canada.

“Our elected and unelected officials have vast powers to withhold information from the citizenry — whether it’s because they feel that’s in the public interest or their partisan interest.”

“That’s undemocratic,” he said, adding, “but that’s why they feel they have the right to violate our right to know – frustrating access to information we have paid for.”

According to Holman, “it’s understandable communications staff would want to know who is asking for information from the government…from a public relations standpoint.”

“But,” he added, “from a democratic standpoint, do we want communications staff to be providing different or better access to that information depending on the requester?”

In doing so, what Environment Canada staff appear to be saying, Holman said, “is that not everyone has the same right to hold government to account since knowledge is a necessary precursor to that process.”

The research, carried out as part of the Joint Canada-Alberta Plan for Oil Sands Monitoring, is the first of its kind, and brings to light the lack of data to date regarding contaminants in fur-bearing animals — some of which are a source of food for communities and First Nations — in the oilsands area.

Environment Canada told DeSmog Canada the request to speak with Thomas “could not be accommodated.”

When pressed for a reason why, Environment Canada staff responded, “due to the nature of your request, a written response was more appropriate.”

Environment Canada confirmed beavers, fishers, martens, lynx and river otters have been tested for naphthenic acid, polycyclic aromatic hydrocarbons and a suite of approximately 28 metals and inorganic compounds, pollutants that “have been identified as contaminants produced as a result of industrial activity in the Oil Sands region.”

Data collected in the samples will be “compared to existing guidelines for human consumption.”

This article was first published in DeSmog Canada.