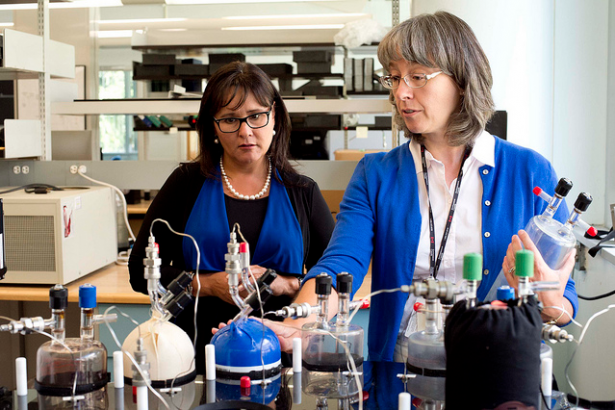 An open letter to Environment Canada staff from Deputy Minister Bob Hamilton and Associate Deputy Minister Andrea Lyon says science done at the department has become an “issue…receiv[ing] attention recently,” prompting the letter to provide official “perspective” on the matter.

Throughout 2013 22 per cent of media requests for interviews with scientists were denied while requests in the past five months have increased by 50 per cent, the letter states. In total Environment Canada received just 316 media requests in 2013, of which 246 (78 per cent) were approved.

Climate scientist at the University of Victoria and Green party MLA Andrew Weaver says the fact that Environment Canada is giving such a small amount of interviews is “shameful.”

“If a federal organization, comprising thousands of scientists across the country is giving 246 media interview in a year, that’s not too dissimilar to what I was doing as an individual faculty member at the University of Victoria,” he said. “It’s unbelievable. That’s way down from what it used to be.”

Weaver says media no longer expect to be granted interviews from federal departments like Environment Canada, so overall requests are lower than in previous years.

What is more troubling, says Weaver, are the kinds of interview requests being denied. He said a journalist looking for answers regarding toxicology research in the Lake Athabasca is unlikely to find support at Environment Canada.

“It’s really troubling. It’s essentially message management and we have to realize these scientists are civil servants, they are public servants….They are there working on behalf of the public and the public has a right to the information and the science results that they are actually looking at. And they have a right to an interpretation of those results.”

The Environment Canada message explains media contact with department scientists “needs to be well coordinated” because “issues in the media, including environmental issues, are often complex, have an impact beyond the scope of one person’s work or even one department, and can have important policy implications for the Government.”

The letter goes on to state “the role of a public servant in this context is to provide technical information, not to express personal views or comment on policy issues.”

For Weaver there is a difference between discussing science and voicing one’s opinion on policy and a more effective communications regime wouldn’t try to prevent scientists from doing either. He points to the National Oceanic and Atmospheric Administration (NOAA) in the U.S.

There is a long history of scientists discussing their research without going into the policy realm implications of their work, he says. To protect the independence and freedom of scientists, groups like NOAA take “the very bold step of saying their scientists can even talk about policy provided that they say these view are my own views, not the views of the government.”

He adds, “in an open and democratic society that is exactly the type of policy we should be aiming for.”

A Pattern of Muzzling

In June 2013, the University of Victoria’s Environmental Law Centre and Democracy Watch released a report cataloguing “systematic efforts by the Government of Canada to obstruct the right of the media – and through them, the Canadian public – to timely access to government scientists.” The 128-page report, entitled "Muzzling Civil Servants: A Threat to Democracy," led to a federal investigation launched by Information Commissioner Suzanne Legault. That investigation is still ongoing.

According to the authors “the report shows that the federal government is preventing the media and the Canadian public from speaking to government scientists for news stories – especially when the scientists’ research or point of view runs counter to current Government policies on matters such as environmental protection, oil sands development, and climate change.”

At the time of the report’s release, UVic’s Environmental Law Centre director Calvin Sandborn said “it’s indefensible to conceal publicly financed government science from the public. Citizens need to know what the facts are so they can decide on critical issues like climate science, the tar sands development and pipelines and all sorts of other issues.”

The message to Environment Canada scientists states the Communications Policy of the Government of Canada, which prevents government scientists from speaking to the media without following certain communications protocols, underscores the government’s “responsibility to respond to the interests of Canadians, and of media in our science.”