Andrew Cuomo vs Canada: No fighting on the Peace Bridge! 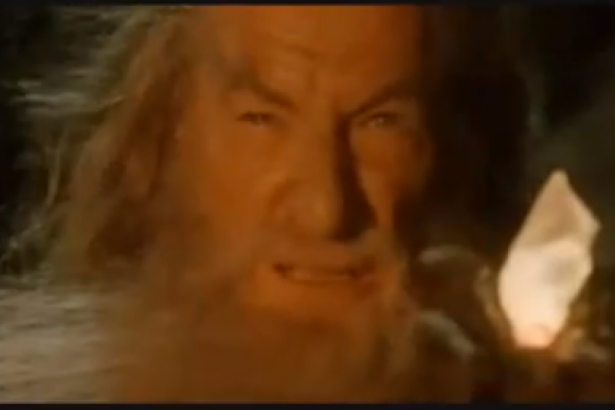 Bridges are taken very seriously in New York and Ontario.

You shall not pass!

New York Governor Andrew Cuomo has taken a cue from the "South Park" movie and is now rattling the sabre at Canada. Well, he's having a go at Fort Eerie, Ontario, anyway.

At issue is the Peace Bridge, which connects Fort Eerie to Buffalo, NY. The points of contention are ostensibly procedural, but actually quite personal. The American side wants to develop a larger plaza on the Buffalo end of the bridge, while the Canadian side argues that such a development is not worth the $95 million it would cost.

Cuomo was negotiating to buy some neglected land near the bridge for $4 million in bridge authority funds, though the land was appraised at only $1.7 million.

The Peace Bridge has been around for 80 years, though its website is stuck in 1998. It's a toll road for motor vehicles, but free for pedestrians and cyclists. The Peace Bridge is managed by a bi-national Board of Directors, two of whom have the nickname "Sam" despite not being named Samuel, Samwise, or Samwell.

It's an open secret that Andrew Cuomo is being groomed for national office by the Democratic Party, and thus must show off some international-relations chops. He certainly chose a weird way of doing so, and it'll be difficult for him to come out of this looking good, even if he gets what he wants. "Fighting on the Peace Bridge" is a ready-made attack ad.

For his part, Cuomo has succeeded only in screaming up at Canada while not really offering a solution to what he calls "stagnation" and dysfunction" in the co-management of the Peace Bridge. Meanwhile, Cuomo has not actually had any contact with anyone in Canadian government over the issue.

Andrew Cuomo is all about building bridges, physical if not diplomatic. However, he's not exactly the paragon of forward-thinking: his administration reversed course on the reconstruction of the decaying Tappan Zee bridge, doubling the projected cost while removing the mass-transit-friendly aspects of the new bridge. Is it really such a clever idea to condemn the NYC area to more gridlock?

Cuomo compared his stance on the Tappan Zee with his push towards redeveloping the Buffalo side of the Peace Bridge: "What can you learn from the Tappan Zee? You gotta get it done.”

What Cuomo hasn't learned, though, is that there's doing it fast, and then there's doing it right. Perhaps he should take a deep breath, redo the math, and consider whether or not his yellow brick road to Buffalo is the right one.