Wildrose surge in Alberta worrisome for BC

Why British Columbians should care about the Alberta elections, Danielle Smith and the Wildrose Party. 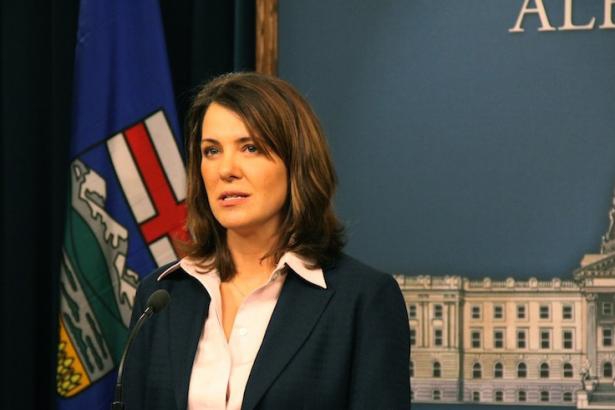 “I think if you had problems with the current Conservatives, you ain’t seen nothing yet."

John Church, an associate professor in political science at the University of Alberta, was referring to Danielle Smith's Wildrose Party, the ultra-conservative alternative to the province's Progressive Conservative Premier, Alison Redford. According to Church, a Wildrose majority in Alberta will mean even less standing in the way of the Enbridge Northern Gateway pipeline.

“If the Wildrose Party wins a majority, there will be more ideological alignment between the government of Alberta and Ottawa, as we’ve seen for some time," he said. "And that will mean that environmental regulations in Alberta will likely be softened, particularly in relation to developments in oil and gas.”

Smith’s views on climate change have become a particularly contentious subject this week, after she stated her belief that the “science isn’t settled” over human causes of global warming. Incumbent leader Redford, on the other hand, at least recognizes the fact that climate change is a “real issue on the international stage” and that it has an important impact on energy production and on Alberta’s reputation.

“We learned just days ago that Danielle Smith still believes that the science on climate change is out, that there should be no real government involvement when it comes to regulating the tar sands industry, and that these projects should move forward as fast as market forces should carry them,” Hudema told the Observer, echoing sentiments he expressed in a Greenpeace blog post earlier this week.

Hudema says the possibility of having a climate skeptic as the next premier will not only hurt environmental policy, but could also be severely detrimental to the province’s international reputation.