Us and Them: a provocative play by Headlines Theatre

Us and Them is an intimate evening of grassroots, interactive theatre moderated by David Diamond of Headlines Theatre at The Cultch, running from October 21 to November 12, 2011. It is a provocative inquiry into our need to create the 'other' and an exploration of the walls we create between ourselves and how we might overcome them. 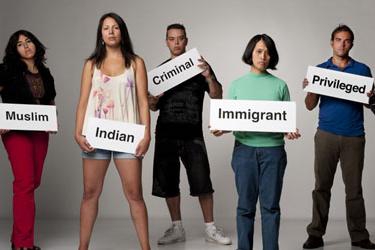 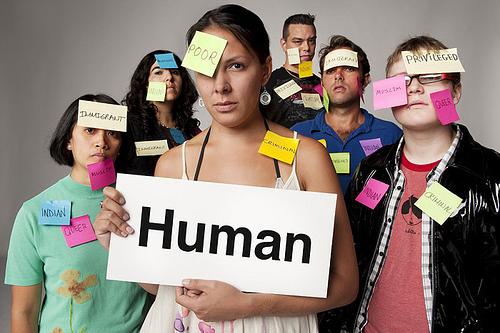 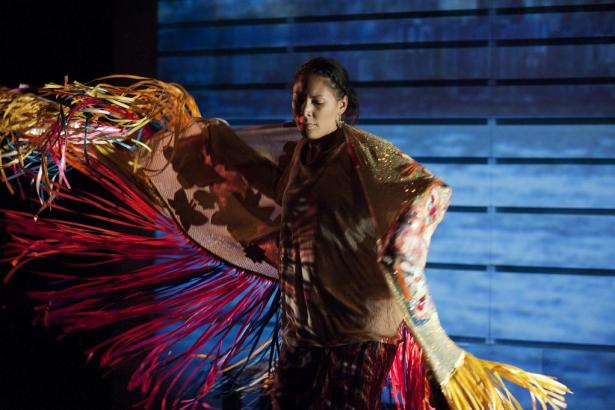 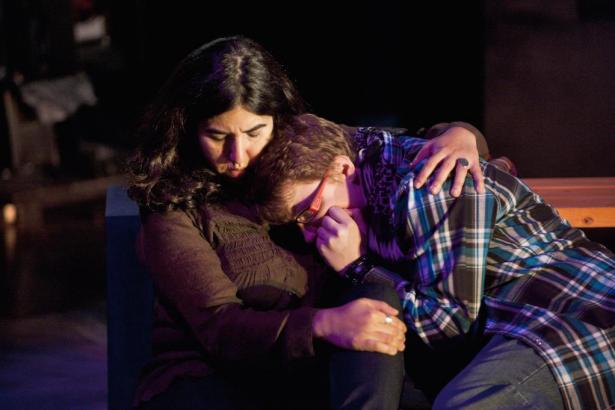 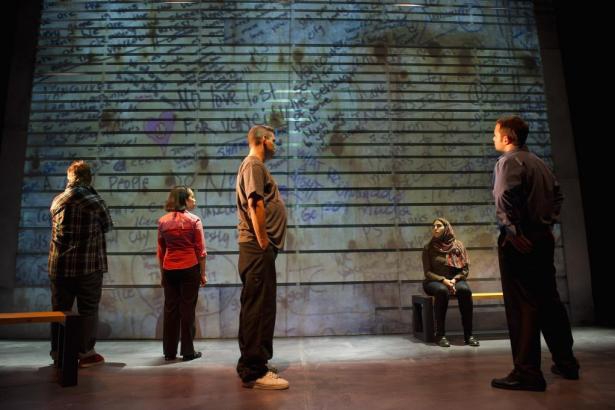 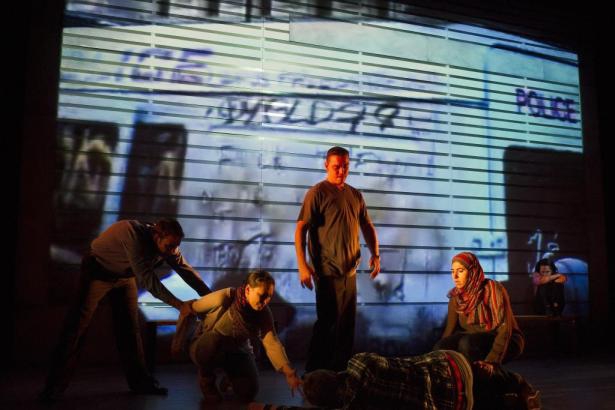 All photos courtesy of David Cooper

Us and Them started off with a rousing and riveting montage of images of global riots projected on a large screen with the ensemble cast of actors taking out their collective anger and frustration on stage.

Artistic and managing director David Diamond, along with co-director Kevin Finnan, presented an intimate yet provocative piece that questions our divisions or walls we have created in our society, whether it be racially, culturally, sexually, or within a socio-economic context. Issues of belonging and uncovering ugly truths and prejudices about our society were prevalent throughout.

Almost everyone in the audience knew or identified with the characters that the actors played, whether it be Amina (Reem Morsi), a Muslim woman who felt she was too visible or sometimes invisible, or Tanner (Casper LeBlanc), the young "queer" transgendered person, exploring his orientation and reconciling with his father. The standout performance of Ligaya, played by Iris Paradela-Hunter, evoked the alienation felt by a lot of immigrants in Vancouver, which she calls a 'city of no soul.' Brandy McCallum as Ashley, Connor Polishak as Steve and Sundown Stieger as Joe, all gave heartfelt performances as "Indian", "Privileged" and "Criminal", respectively.

The play left me with a greater understanding of our current political and social landscape in Vancouver and Canada. "Us and Them" resonated with me and my own immigrant experience, and made me think of the boundaries others have erected to guard themselves.

Us and Them, presented by Headlines Theatre, plays until November 12 at The Cultch.