The oddest thing was having to prove her community didn't approve of madmen, terrorists and bombings, one young woman recalls. 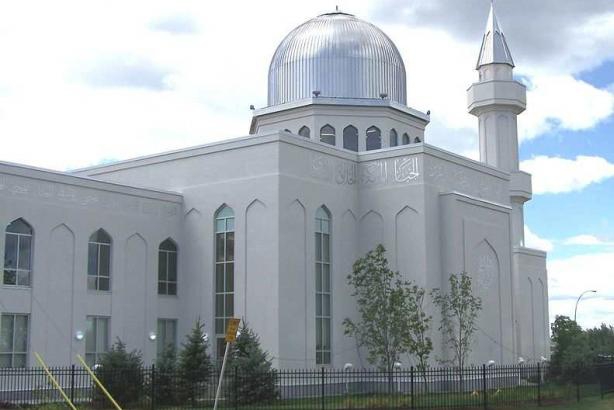 As the world pauses this week to remember the grim events of 9/11 a decade ago, Canadian Muslims recall their own particular troubles from that period.

TORONTO -- Gilary Massa's high school art class began buzzing with speculation the day a student rushed in to announce that "somebody bombed America.'' Amid her horror Massa had one hope which proved to be in vain -- that the perpetrators wouldn't be Muslim.

From the safety of her home, she heard the frantic phone calls to American relatives who feared being seen in public. Massa's mother tried forbidding her hijab-clad daughter from returning to school for fear of the persecution she might face.

Massa overruled her mother, but found the Toronto classroom she returned to was not the same one she left on Sept. 11, 2001.

Classmates badgered her with questions about her faith, setting the stage for a pattern of behaviour she would witness time and again over the next decade.

"I automatically had to start justifying myself and talking about my beliefs and denouncing what had happened,'' Massa said.

Massa said she was never able to relax that defensive stance over the next 10 years, since stereotypical ideas that took root in the days after 9-11 never abated.

Safa Ali was forced to the same realization after encountering a sign of overt racism she had never witnessed before the collapse of the World Trade Center's twin towers. Her entire family had their passports flagged for no apparent reason, she said, adding the alerts remain in place to this day.

Airport staff treated the family with veiled hostility in the months following 9-11, reserving the bulk of their skepticism for Ali's father and brother, she said. She herself came under attack from a friend's grandfather who had no qualms about bashing her religion and launching a conversion attempt.

Such blatant racism has subsided, but the stereotypes that drove such actions in the past -- such as the notion that all Muslim women are oppressed and all believers in the faith are prone to violence -- appear to have become more firmly entrenched in society's consciousness, she said.

"When people talk about it, it's almost taken as a given now. There's no need to say it out loud or be aggressive about it,'' Ali said. "It comes from a place of, you could call it empathy, because they're saying, 'Oh, those poor women and all those poor girls.' But if you dig deeper it comes from this opinion that there's just one way that the majority of people are and it's so sad that they're like that.''

Stereotypical thinking gave Yousaf Khan a scare in the summer of 2006 when several of his former classmates were arrested as part of the infamous Toronto 18.

The suspects were dubbed Canada's first homegrown post-9-11 terrorist network when they were arrested in 2006 amid headline-grabbing allegations of a plot to target landmarks in Toronto and Ottawa, behead the prime minister and attack the Canadian Security Intelligence Service. Eleven of the men served jail time, while the remaining seven had their charges dropped or stayed.

Khan, 27, had enjoyed nothing but positive experiences with Canadians since arriving in Ontario in 2000, but feared the spectre of a home-grown terrorism network would infringe on his daily life.