Riot Review: lack of police not to blame 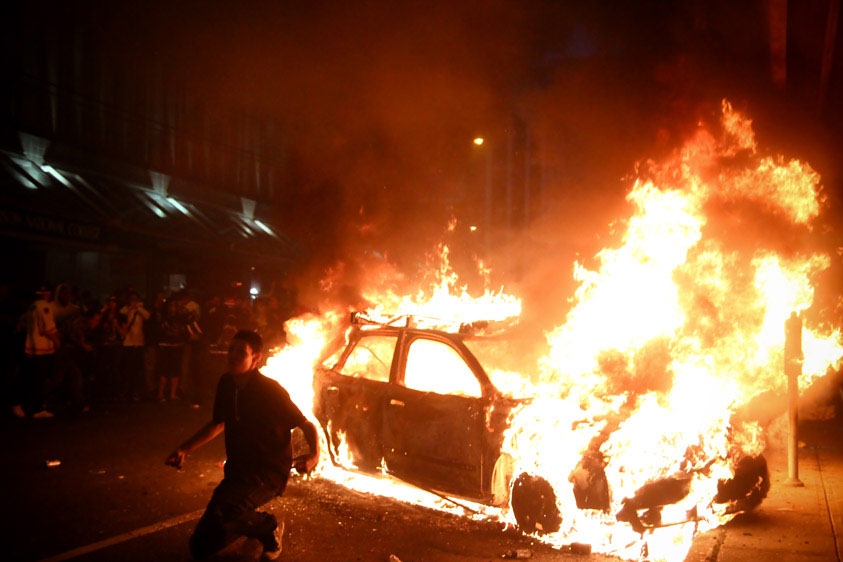 John Furlong and Doug Keefe released a review of the 2011 Stanley Cup riot, titled “The Night the City Became a Stadium”. The report blames alcohol and too many people in the viewing area, and included 53 recommendations for holding celebrations in Vancouver in the future.

Authors of the report conclude that too many people were allowed downtown during the night of the riots. It said the area of West Georgia Street could hold safely about 34,000 people, and that allowing 155,000 people in the area was unsafe.

“Officials tried to do a good thing and acted with great courage but their plans were overwhelmed and their mistakes amplified by the impact of an immense crowd far beyond what was expected,” said Furlong.

“No plausible number of police could have prevented trouble igniting in the kind of congestion we saw on Vancouver streets that night,” said the introductory letter by Furlong and Keefe.

Key report recommendations include the following, according to the Edmonton Journal:

- The police and fire services across the region, together with BC

Ambulance, E-Comm and Translink should together, and under the

leadership of the Minister of Public Safety if necessary, develop a

framework for mutual aid that can be adapted for regional events.

- When an event is deemed to be a regional event, there should be a 'regional event public safety plan' and it should contain mutual aid elements.

together and develop common tactics they can use as a unit during joint operations.

- The CoV, working with multiple partners typically involved in helping to deliver major events of regional interest, should become cooperative joint sponsors of a new "Everyday Heroes" volunteer initiative to ensure that such a program is developed to meet some of the human and technical needs for staging these events.