Surprise testimony: Fish farms may not be the culprit in Fraser sockeye collapse 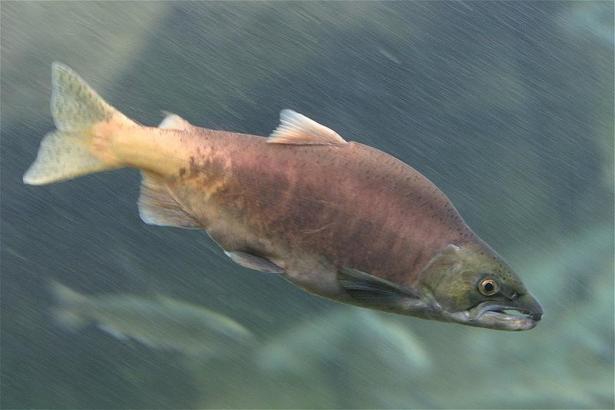 Her testimony was expected to be surprising -- but not in quite they way it proved to be as scientist Kristi Miller testified about her research into salmon stocks.

VANCOUVER -- A fisheries scientist is suggesting fish farms may have nothing to do with the collapse of the Fraser River sockeye run, a conclusion bound to stun environmentalists who had heralded her as a hero for her work.

Before Kristi Miller testified Wednesday, environmentalists held a rally outside the hearing to pronounce her "Scientist of the Year,'' but Miller's testimony didn't go entirely to their script.

The Cohen Commission heard that a genetic signature -- a kind of genetic footprint -- may be related to a virus that has been linked to the "poor success'' of returning Fraser River sockeye.

Miller said she's now planning to research whether or not the parvovirus, an infectious viral disease, is that virus.

But Alan Blair, counsel for the B.C. Salmon Farmers Association, asked Miller to confirm a statement she had made previously suggesting that her research doesn't point to salmon farms as the transmitter of that virus.

"We have no direct data on aquaculture fish,'' said Miller.

"However, the findings that fish are leaving the river with the highest prevalence of this would suggest that a lot of the transmission of the virus ... seems to emanate out of the fresh-water environment.''

"That doesn't mean that there couldn't be a transfer in the marine environment, but it does mean we do not have data pointing to that.''

The open-net pens used in fish farming are located in the salt water of the ocean.

Under cross-examination by Gregory McDade, counsel for a group of environmentalists, Miller said the parvovirus could be the "smoking gun'' when it comes to the decline of Fraser River sockeye in 2009.

"I have some level of confidence that we will find disease with this virus but we do have to do the work,'' she said.

Mary Ellen Walling, executive director of the BC Salmon Farmers Association, said Miller's research is in its early stages.

She said some of the industry's critics may have drawn conclusions based on their own speculation, instead of what Miller's work actually stated.

Alexandra Morton, a critic of the salmon-farming industry, said Miller's testimony was quite remarkable and her statement about salmon farms wasn't a blow to critics.

Earlier in the day, the commission heard that British Columbia's salmon farms have agreed to have their fish tested for the parvovirus.

Miller also told the commission she hasn't been stopped from publishing any research, even though some activists have suggested she has been muzzled by the Department of Fisheries and Oceans.

She said federal officials have told her not to speak to the public so she could reserve her comments for the inquiry.

Miller said she was told not to attend one scientific meeting but the demand was made of other colleagues, too, and the integrity of science has been upheld at the Department of Fisheries and Oceans.

One was designed like a magazine cover, with Miller's picture and a banner declaring her "Scientist of the Year.''

Earlier this week, a Fisheries official confirmed extra security was assigned to Miller, though the official said there was no specific threat.