In Vancouver, transit users take 20 minutes more than drivers to get to work. 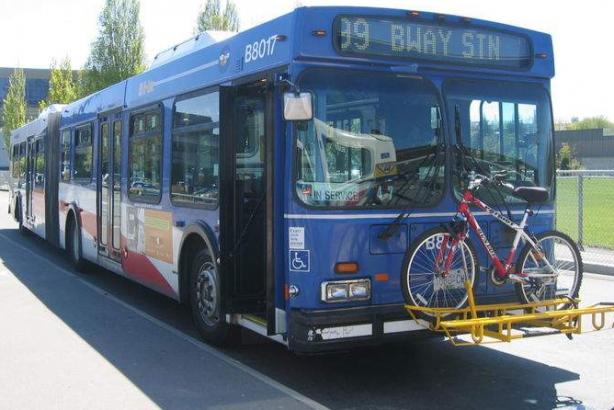 As the debate continues about expansion of public transit in the Lower Mainland, Statistics Canada has some new information to add to the mix: a majority of people who commute to work are wary of switching to transit because it isn't convenient for them.

OTTAWA -- A new study suggests the vast majority of commuters remain reluctant to use public transit, despite public campaigns encouraging people of its environmental and cost benefits.

The Statistics Canada study found about 82 per cent of commuters travelled to work by car in 2010, while 12 per cent took public transit and six per cent walked or cycled.

"Of the 10.6 million workers who commuted by car, about 9 million reported that they had never used public transit for their commute,'' says the 2010 General Social Survey.

"About 7.4 million of these people thought public transit would be somewhat or very inconvenient.''

About 1.6 million car commuters, or 15 per cent, said they had tried using public transit to get to work; 53 per cent of them considered it inconvenient.

And the numbers suggest their complaints may be justified.

"Commuters who used public transit took considerably longer to get to work than those who lived an equivalent distance from their place of work and went by car,'' says the study.

Nationally, users of public transit spent 44 minutes travelling to work, compared with 24 minutes for those who went by car.

Commuting times are door-to-door, StatsCan notes. Times for public transit are generally longer because its use can involve walking to a transit stop and waiting for a bus, it says.

"The gap was not a result of distance travelled,'' the agency says.

"Among workers in (cities) with at least 250,000 residents who travelled less than 5 kilometres to work, car users had an average commute of 10 minutes, compared with 26 minutes for public transit users. The same held true for longer commutes.''

In Toronto and Vancouver, it took public transit users about 20 minutes longer than car users to get to work. In Montreal, the difference was much smaller, about 10 minutes.

While satisfaction with commuting times was generally high (85 per cent said they were satisfied or very satisfied), big-city residents were more than twice as likely to be frustrated with their commuting times than those in smaller centres.

"Public transit users were more likely than car commuters to be dissatisfied with their commuting times (23 per cent versus 18 per cent),'' says the study.

"This was primarily because it takes them longer on average to get to work.''

As commuting time increased, however, StatsCan found the pattern was reversed. For example, 21 per cent of drivers with commuting times between 30 and 44 minutes said they were dissatisfied, compared with 10 per cent of public transit users.

Furthermore, the study says "the connection between commuting times and stress was clear.''

More than a third of those who took 45 minutes or more to travel to work said most days were quite or extremely stressful, compared with just 23 per cent of those travelling for less than 15 minutes.

Overall, the study says, commuters took an average of 26 minutes to travel to work on a typical day in 2010.

Commuters in Canada's biggest cities spent an average of 30 minutes getting to work, with Torontonians taking the longest ride at 33 minutes, followed by Montreal at 31 and Vancouver at 30.

TransLink Struggles to Get Public on Board with 10-Year Plan

TransLink's alternatives for transit on Broadway corridor to UBC