No problems expected, although radiation has been found in trace, acceptable amounts in past tests, experts say. 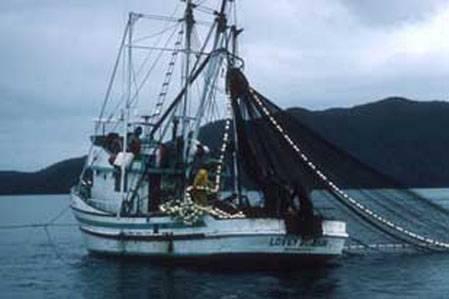 They say the tests have been planned for some time and being done out of an abundance of caution -- and that's the story as federal food inspectors return to the West Coast to gest salmon for potential radiation from Japan's nuclear failures last spring.

The Canadian Food Inspection Agency said in a statement released Friday that it doesn't expect to find any problems because already-completed tests on imported Japanese food products like milk have detected no harmful levels of radiation.

"Nonetheless, as a prudent measure to reaffirm the safety of this important commodity for both domestic and export markets, samples of domestically caught salmon from British Columbia will be tested to verify that the fish remains safe for consumption,'' the agency announced in a statement.

The agency said the tests will continue throughout this month and into September.

It said it has planned the tests for "some time,'' and they will coincide with the availability of salmon.

The agency notes the salmon fishery was not active in March when nuclear reactors in Fukushima melted down after an earthquake caused a tsunami that knocked out the plant's power and cooling systems.

Less than two months after that disaster, the U.S. Environmental Protection Agency did its own tests on rain, drinking water and milk.

The agency announced extremely low amounts of radioactive iodine had appeared in milk samples from California, Colorado, Connecticut and Massachusetts, but officials said those levels were so minuscule that they were not harmful to the public.

In June, the Japanese government announced the nuclear meltdown may have released twice as much radiation as previously thought -- about one-fifth of the amount released at Chornobyl instead of the earlier estimate of one-tenth.

Also in June, Japanese fisheries officials announced that two of 17 mink whales caught off the northern Island of Hokkaido tested positive for traces of radioactive cesium, both about one-twentieth of the legal limit.

Bob McKamey, vice-president of B.C.'s Area E Gillnetters Association, said he expects the tests to reveal no harmful levels of radiation either, but he approves of the testing.

"As fishermen selling our fish on the global market, we would be just as concerned as anybody,'' he said. "We certainly don't want any of that stuff out there.''

The Canadian Food Inspection Agency said the results of the fish analysis will be available on its website.

Experts say BC at low risk of Japanese radiation