Pulling meat inspectors in BC could mean unsafe food: Union 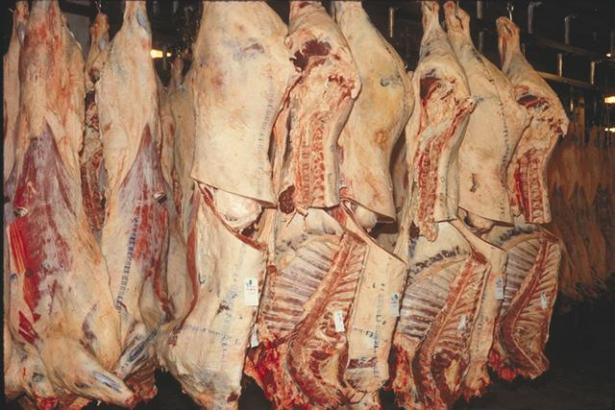 Just three short years after Maple Leaf's tainted-meat crisis, Ottawa is pulling its meat inspectors from plants in BC. and elsewhere, leaving the provinces to put substitute systems into place quickly.

The union representing the present inspectors says food safety is at risk.

VANCOUVER -- Ottawa's decision to toss out federal meat inspectors from plants in British Columbia, Saskatchewan and Manitoba could put consumers at risk as the provinces are pushed to rapidly cook up substitute systems, warns the workers' union.

Dozens of Canadian Food Inspection Agency staff will be pulled from their duties by January 2014 after the federal government moved to end contracting out their services as a cost-saving measure.

That leaves about 60 provincially-licensed plants in B.C., 20 in Saskatchewan and 33 in Manitoba void of inspectors who currently test for contaminants like E. coli and listeria. Provincial inspections won't require that type of testing.

Bob Kingston, president of the federal Agriculture Union, predicted that provincial budgets will be choked trying to dig up more cash. He claimed the deadline is too tight to fully train up a new force of seasoned inspectors and too much infrastructure is needed to ensure quality stays high.

"The timing couldn't be worse,'' Kingston told reporters Wednesday in Vancouver, as he called on Ottawa to reverse course.

"The public already have, I think, quite legitimate concerns about anything that would diminish the food safety standard that they do have in place. I think most of the public actually expects it to be enhanced, not reduced.''

The plans were last on the table in 2008, but shelved after 22 people died in a tainted-meat crisis originating from Toronto-based Maple Leaf.

Manitoba's agriculture minister, Stan Struthers, said he's disappointed by the move, but said his province must take a "co-operative'' approach to ensure a successful transition over the coming months.

"We'll keep a very close eye on the federal Conservative government, because my worry is that there could be other of these short-sighted cuts,'' Struthers said in an interview.

The provinces already manage their own inspection systems with their own guidelines, but have paid federal inspectors to conduct the reviews.

The inspections cost the federal government $6 million a year but the provinces were only paying $2 million for the service.

The federal agriculture minister, Gerry Ritz, wasn't available for comment. Instead, he issued a brief written statement downplaying the impact of the change.

"We are working with these provinces to ensure a smooth transition of inspection services over the next three years while maintaining the highest food safety standards,'' Ritz said in the statement.

Kingston said the problems with a provincial system were underscored earlier this year when media revealed a Pitt Meadows meat plant hid test results from the federal meat inspector showing E. coli contamination at the facility. The operator opted out of the federal regime and registered only as a provincial facility, allowing it to stay open.

Officials with British Columbia's health ministry also maintain the system under development won't lead to reduced food safety standards, noting they've consulted with more than 100 groups since being informed of the changes "some time'' ago.

However, regular testing for pathogens, including E. coli, aren't part of the province's current regime. A ministry spokesman said that's because the likelihood of finding a contaminated sample is very low.

"In fact, sampling can never be 100 per cent and a negative test does not guarantee that E. coli is not present in another portion of the meat,'' said a statement, noting the process is consistent with Health Canada guidelines and inspection in most other provinces.

"According to our public health experts, the best measure we can take to protect the health of British Columbians regarding pathogens is to continue to advise and educate people about the importance of handling and cooking meat properly.''

Both the B.C. government and Struthers said it remains to be seen how much the new programs will cost.

The B.C. Agriculture Ministry deferred response to the health ministry, but Minister Mike de Jong was not available for comment.

In Ontario, Quebec and Alberta, provincial inspectors have long been in charge of ensuring meat products produced there are safe to eat. The Atlantic provinces, which have no provincial programs at all, will continue to be inspected federally.

She said fewer than 100 people will be impacted and most will be re-assigned or could be hired by the provinces.