More than 500 workers who put themselves at risk will be moving to Canada, Ottawa says. 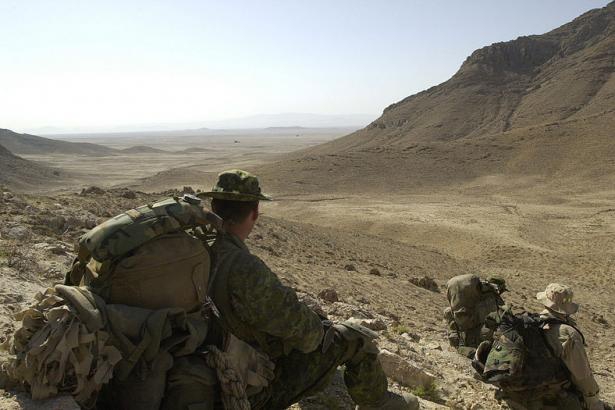 What's the proper way to treat a worker who has risked their own life to help your troops? For Canada, the answer is to offer "fast track" immigration papers to the translators who served alongside Canadians in Afghanistan.

CALGARY -- Citizenship and Immigration Minister Jason Kenney says hundreds of Afghan translators who risked their lives working with Canadian troops in Afghanistan and continue to be at risk will be moving to Canada in the next few months.

Kenney originally announced the "fast-track'' program a couple of years ago to help Afghans who face what he called "extraordinary personal risk'' by working with Canadians in Kandahar.

"We've received a few hundred applications. We are expecting that we'll probably end up admitting about 550 people who qualify for the program, which exceeds our original estimate of about 450,'' Kenney said in an interview with The Canadian Press Friday.

"We appreciate the bravery and the courage of Afghans who have co-operated with the Canadian Forces. We anticipate anyone who qualifies under the program will be coming to Canada within a few months.''

An official from Citizenship and Immigration Canada said the department will accept applications for six weeks after the end of the combat mission. That puts the deadline at Sept. 12.

Fifty-six translators are already settled in Canada, said Rachelle Bedard. Another 33 are booked to travel later this month and another 130 will arrive in Canada this summer and early fall.

"We hope the remaining cases will be resettled in Canada in early 2012,'' she said.

The risk to the interpreters is real.

In December 2009, an interpreter working for the Canadian Forces was gunned down in Kandahar City. Local police blamed the Taliban.

At least six interpreters have died alongside Canadian soldiers and an unknown number have been wounded by roadside bombs.

Others have seen their family members kidnapped or assassinated, a direct result of their ties to coalition troops.

They earn between $600 and $900 a month, but they rarely tell their family or friends where the money is coming from.

In the field, they keep their faces covered at all times and only use nicknames. They refuse to be photographed.

Interpreters have received night letters, which are used by the Taliban as a form of intimidation. They refuse to answer the door at night and often change the regular routes they take.

The application process has been cumbersome, prompting some translators to believe they were being abandoned by Canada.

"The program had a bit of a slow start because, shortly after we announced it, the security situation in Kandahar deteriorated. We had to remove all civilian personnel so CIC people could not be there to process the applications,'' Kenney said.

"We lost almost a year in terms of processing time, but we're catching up now.''

Applicants require 12 months' service to the Canadian mission and a recommendation letter from a senior soldier or diplomat. They also need to meet standard immigration criteria such as criminal, medical and security screening before being allowed to come to Canada.

"A lot of applications are in the queue and they are moving forward, but people have submitted incomplete applications. We're trying not to be unnecessarily bureaucratic about this, but we have basic criteria,'' he said.

Once the process is complete, Kenney believes the program will be seen as a success.

"The objective is to give an opportunity for resettlement for those who worked for us a long time who face an elevated level of risk. We will meet that objective at the end of the day.''