Rafay family killers argue that Mr. Big tactic was a miscarriage of justice. 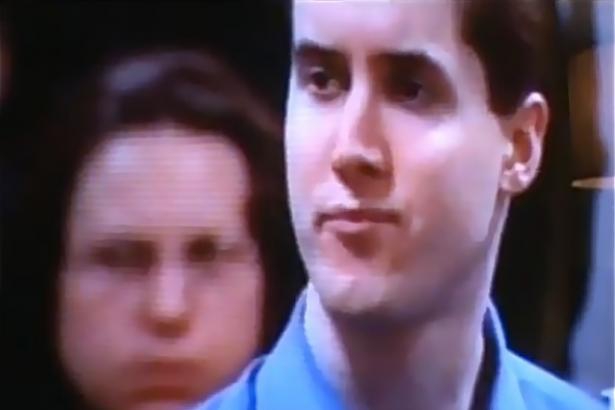 It was a stunning case that rattled Vancouver: two young men convicted of killing the parents and disabled sister of one of the pair.

Seven years later, the pair are appealing their convictions, arguing that the "Mr. Big" police that led to taped confessions was a miscarriage of justice.

VANCOUVER -- It has been seven years since a U.S. jury pronounced Sebastian Burns and Atif Rafay of British Columbia guilty of the murders of Rafay's parents and autistic sister in their Seattle area home.

On Friday, lawyers for the two men will try to convince a state appeals court that there has been a miscarriage of justice in the case, pointing the finger in part at a controversial RCMP undercover tactic known as Mr. Big, which drew confessions from the then-young men.

And they will have the help of the Idaho Innocence Project, a branch of a North American organization that advocates for prisoners it believes were wrongfully convicted.

For Burns' family, who are steadfast in their belief the men are innocent, it has been a long time coming.

"There was no evidence that they did the crime, not only that, the evidence pointed to other suspects,'' his sister, Tiffany Burns, told The Canadian Press. "The only reason they were convicted was because of the confessions during a Mr. Big sting.''

The Mr. Big sting is a controversial tactic in which undercover officers create the appearance of a powerful criminal organization looking to recruit. Over the course of the operation officers will elicit information from suspects about past crimes, often as proof of criminal veracity or in order to help eliminate evidence of that crime.

Burns and Rafay, who were 18 at the time of the murders in 1994, were arrested in Vancouver in 1995 after the RCMP obtained taped confessions to killing Rafay's father and mother, Tariq and Sultana, and his autistic sister, Basma. The family had been beaten to death with baseball bats in their Bellevue, Wash., home.

After prosecutors agreed to take the death penalty off the table, the Canadian government deported the two West Vancouver men in 2001.

During the six-month trial, prosecutors argued the killings were carried out for money -- planned by Rafay and carried out by Burns.

In May 2004, a King County Superior Court jury convicted them of three counts each of aggravated first-degree murder. They were sentenced to three consecutive life terms without parole.

But according to a court documents, King County prosecutors believe Burns and Rafay admitted their guilt voluntarily.

"The defendants admitted their guilt to undercover police officers posing as dangerous gangsters; these 'gangsters' offered to destroy incriminating evidence and involve the defendants in a lucrative criminal enterprise,'' said a court brief.

"Videotapes of the confessions show the defendants, appearing comfortable and relaxed, laughing at times as they describe how they carried out the brutal murders.''

Kouri Keenan, a PhD student at Simon Fraser University's school of criminology and author of Mr. Big: Exposing Undercover Investigations in Canada, said the Mr. Big tactic is the major point of contention in the appeal _ and for good reason.

"These undercover operations tend to encourage false bravado and boastfulness,'' he said. "There's a possibility that they (the target) would exaggerate and overestimate their participation and culpability or their role in the crime under investigation.

"There's pressure on the accused or the target to claim credit.''

In Canada, the Supreme Court of Canada has upheld use of the tactic and regardless of the outcome of the Burns and Rafay case in Washington state, he said that will only change if there's a "flagrant abuse of process or something of that nature.''

Greg Hampikian, a professor of forensic biology at Boise State University and a director of the Idaho Innocence Project, said 30 per cent of the cases his group takes on involve a false confession.

And the Mr. Big tactic is no better than a modern-day witch-dunking, he said, and it is not used by police in the U.S. because it has been deemed too coercive.

The tactic does not investigate the truth, he said, but rather assumes guilt and looks for a confession. Combined with the fear of violence and financial inducements, they often get it.

Hampikian said there is a lack of physical evidence tying Burns and Rafay to the crime and he's identified evidence in the case he'd like tested with current DNA technology. He declined to identify that evidence prior to the appeal.

Tiffany Burns, who won't be able to attend Friday's hearing, said she wants RCMP to stop using the tactic.

"It's too risky,'' she said. "Granted it gets guilty people, but it also gets innocent people, too, and the risk of an innocent person making a false confession is just too great with such a coercive sting.''

She said her brother's conviction has irrevocably changed her and her parents' lives, but she speaks about the emotional toll with reluctance.

"I really have a hard time describing my emotions to people,'' she said after a long silence.

She said after the convictions, she quit her job as a TV reporter in Cleveland, Ohio, and began working on a documentary, "Mr. Big,'' about the case.

She is adamant her brother is innocent.

"I hope justice is finally done,'' she said."`I'm looking forward to the day Sebastian and Atif finally walk free.''