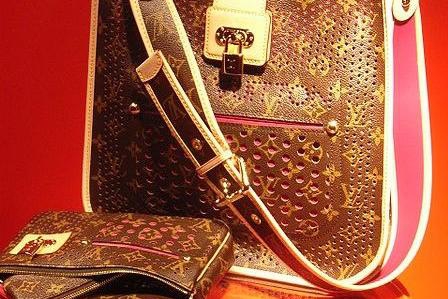 MONTREAL -- Society needs to get a better grip on its rampant consumerism because real consequences lie ahead if the excess isn't reined in, a McGill University professor says in a new book.

"Do you know what the most expensive bottle of cognac in the world cost?'' Tom Naylor asks in an interview. "Two million dollars.

"Think about the stupidity involved, not just the crassness. You could buy a bottle for $25 and get just as drunk if that was your objective. Instead they have a bottle that's studded with diamonds and gold.''

Real incomes have been "pretty much flat for most people for 30 years but the level of consumption keeps rising,'' says Naylor, author of `"Crass Struggle: Greed, Glitz and Gluttony in a Wanna-Have World.''

"What that translates into is consumer debt, mortgage debt and things like that.''

Luxury spending has skyrocketed even as the world struggles with a debt crisis. Among the countries where cash is being flung around the fiercest are the United States and China, which is being seen as a new haven for luxury car and boat manufacturers.

While average Canadians continually hear from government about the fragility of the economy, young Canadian men have been cited in studies as among the most prolific spenders on high-end items such as expensive clothes and cars.

But the spending by the masses pales in comparison with the excesses of the rich, which Naylor documents with biting wit in his book. The examples he cites are enough to make the average billpayer's head spin.

Think about paying $6 million for a Mercedes-Benz Maybach Exelero car or $3,000 for a purse. How about owning a 66,395-square-foot home, complete with a sports pavilion.

Naylor's voice tinged with incredulity as he spoke about one multimillionaire who wanted to set the record for the highest price ever paid for a painting. The wealthy individual paid $50 million for it -- and twice bid against himself at auction to drive up the price.

The criminologist-turned-economist makes it clear he's worried about the social cost of the excess.

"The scale of it and the degree to which it's so embedded in our social and cultural morals, that was a bit of a shock,'' Naylor said.

He cites the environmental and human misery that comes from mining such items as diamonds and gold in the developing world and points out that the lust for luxury poses more risks for average consumers than it would appear.

"They sort of follow the lead of the super-rich in trying to flaunt their capacity to consume,'' said Naylor. "Never before has it been so vast.''

And with all that consumption comes fraud. Naylor notes that the supposedly dollar-savvy rich are not immune and points to cases where they've bought counterfeit jewelry, art and even wine.

The RCMP doesn't break down the sale of counterfeit property between that bought by the super-rich or average Canadians but says it's a multibillion-dollar industry.

Most of the fake items in Canada are jewelry or clothing. The federal force investigated 800 such counterfeit cases last year.

"Luxury goods have always been popular because of the demand,'' St-Jean said.

''And people who cannot afford the real brand will go for counterfeits. They are easy to make, easy to imitate. It doesn't need a lot of technology to do it so they'll produce it."

Rethinking our relationship with brands