David Suzuki and Bill McKibben call on Canadians and Americans to risk arrest this August in order to halt construction of the Keystone XL pipeline from Alberta's tar sands to Texas refineries. 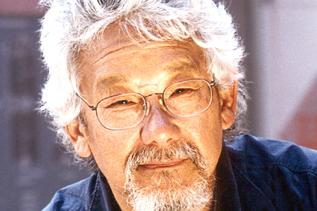 A Call for Civil Disobedience on the Keystone XL Pipeline

Washington -- Eleven veteran environmentalists on both sides of the border today called for demonstrations outside the White House later this summer to block the proposed Keystone XL pipeline from the tar sands of Alberta.

"This is one issue where the president has total control--he has to grant or deny the necessary permits. Congress can't get in the way" said Bill McKibben, author of the first book for a general audience on climate change. "It's where Obama can get his environmental mojo back. But we need him to lead."

The letter's signatories, who include some of the continent's most prominent scientists, writers, and indigenous activists, ask citizens to come to Washington for entirely peaceful and dignified protest. They call the proposed pipeline a "1500-mile fuse to the continent's biggest carbon bomb," and one signatory--the climate scientist James Hansen--pointed out that there's enough carbon in the tar sands, were it all burned, to increase the atmospheric concentration of CO2 by nearly 50%. If the tar sands get fully developed, said Hansen, "it is essentially game over" for the climate.

"I was fascinated to read Al Gore's essay this morning," said McKibben. "The last thing we want to do is harass the president--instead we're asking people to dig those Obama buttons out of their closet and wear them when they protest. The president asked supporters to keep pressuring him once he was in office, and we're going to try and make it clear there is real support for action on climate."

Text of the Letter

This will be a slightly longer letter than common for the internet age—it’s serious stuff.

The short version is we want you to consider doing something hard: coming to Washington in the hottest and stickiest weeks of the summer and engaging in civil disobedience that will likely get you arrested.

As you know, the planet is steadily warming: 2010 was the warmest year on record, and we’ve seen the resulting chaos in almost every corner of the earth.

And as you also know, our democracy is increasingly controlled by special interests interested only in their short-term profit.

These two trends collide this summer in Washington, where the State Department and the White House have to decide whether to grant a certificate of ‘national interest’ to some of the biggest fossil fuel players on earth. These corporations want to build the so-called ‘Keystone XL Pipeline’ from Canada’s tar sands to Texas refineries.

To call this project a horror is serious understatement. The tar sands have wrecked huge parts of Alberta, disrupting ways of life in indigenous communities—First Nations communities in Canada, and tribes along the pipeline route in the U.S. have demanded the destruction cease.

The pipeline crosses crucial areas like the Ogallala Aquifer where a spill would be disastrous—and though the pipeline companies insist they are using ‘state of the art’ technologies that should leak only once every 7 years, the precursor pipeline and its pumping stations have leaked a dozen times in the past year.

These local impacts alone would be cause enough to block such a plan. But the Keystone Pipeline would also be a fifteen hundred mile fuse to the biggest carbon bomb on the continent, a way to make it easier and faster to trigger the final overheating of our planet, the one place to which we are all indigenous.

How much carbon lies in the recoverable tar sands of Alberta? A recent calculation from some of our foremost scientists puts the figure at about 200 parts per million. Even with the new pipeline they won’t be able to burn that much overnight—but each development like this makes it easier to get more oil out.

As the climatologist Jim Hansen (one of the signatories to this letter) explained, if we have any chance of getting back to a stable climate “the principal requirement is that coal emissions must be phased out by 2030 and unconventional fossil fuels, such as tar sands, must be left in the ground.” In other words, he added, “if the tar sands are thrown into the mix it is essentially game over.” The Keystone pipeline is an essential part of the game.

"Unless we get increased market access, like with Keystone XL, we're going to be stuck," said Ralph Glass, an economist and vice-president at AJM Petroleum Consultants in Calgary, told a Canadian newspaper last week.