Give postal workers some respect 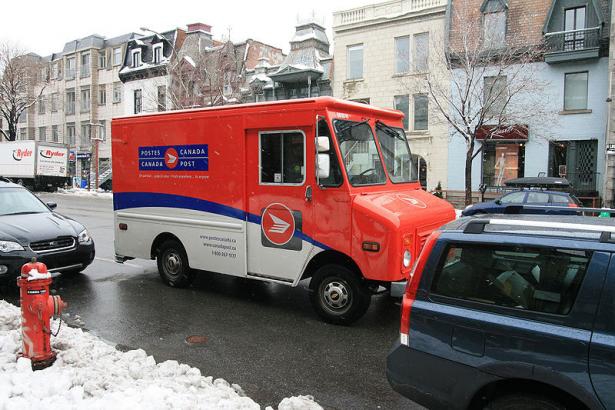 With the onset of the Canada Post strike, corporate news organizations have created too many caricatures of postal workers, describing them as greedy and selfish, and pitting them against the general public.

Earlier this week, the Vancouver Sun posted a syndicated article by Licia Corbella that suggests postal workers need to quit their griping, and consider themselves lucky for the generosity of Canada Post’s wages and benefits, especially since the job requires no education in a declining industry.

The article begs the question: If postal workers had a degree or diploma, would they be more deserving of healthy wages and benefits?

The columnist admits that Canada Post has run a profit for the last 16 years, but laments that it is "saddled" with a "pension obligation."

"After 30 years of service, they can retire on a full pension at the age of 55. They also get to bank sick days, which, frankly, makes most of the rest of us working stiffs sick at the thought," wrote Corbella, without hiding resentment.

Apparently, Corbella finds it appropriate for postal workers to trudge up and down stairs and walk through heat, rain and snow, well into their mid-sixties.

While reports are quick to criticize postal workers for digging their own grave, the Vancouver Sun ignores the larger agenda at work: big businesses and banks are using private and public sector employees as scapegoats for the recession.

Pay scales for public sector executives, however, remain high, with Canada Post's executives listed as one of the top 10 highest paid bureaucrats in Canada.

"Unfortunately, Canada Post is choosing to take advantage of the recession to demand workers pay for its projections of future decline instead of working with us to find solutions. Canada Post may be buying billions of dollars worth of new technologies but its labour relations practices date back to the days of disco," said Dennis Lemelin, national president and chief negotiator for Canadian Union of Postal Workers.

The cuts are an example of Stephen Harper's broader austerity agenda, which he recently endorsed on his trip to Greece.

Canada Post officials claim they don't want to be a "burden on taxpayers," but this information is misleading. Tax dollars are not responsible for postal workers' salaries.

In an open letter, Lemelin stated: "Canada Post has contributed $1.2 billion to the federal government in dividends and income taxes over the last 15 years. By keeping Canada Post profitable, our hard work actually saves the public money."

Is the Vancouver Sun implying that unions should turn into a thing of the past?