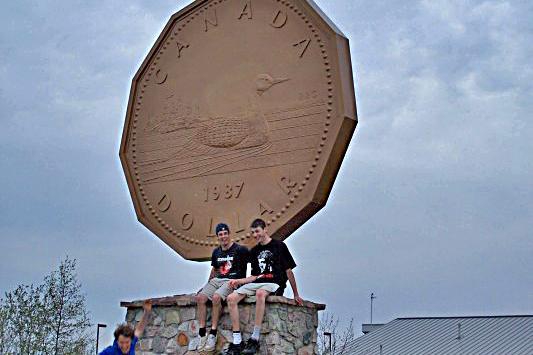 VANCOUVER -- British Columbia's new premier made a big mistake by raising the minimum wage because the move will kill jobs for young people and slash opportunities for future employment, says an economist.

Niels Veldhuis (Neels Veldhouse) of the Fraser Institute said Christy Clark's first policy decision is a "blunt instrument'' that will increase unemployment rates for youth between 15 and 24 as businesses hire fewer people in entry positions.

"Not only did she make a mistake, her expressed goal was to make sure that there was healthy job growth in British Columbia,'' Veldhuis said.

The province's minimum wage had been frozen for the last decade and was the lowest in Canada.

It will increase from $8 an hour to $10.25 in three stages, starting with a 75-cent increase on Sunday, and the same in November and next May. And the current training wage of $6 an hour will be replaced by the minimum-wage rate.

"Raising the minimum wage and eliminating the training wage is a fair and reasonable step forward in putting families first and building our economy,'' Clark said as she announced the minimum-wage increase.

"I think the government ought to look at the evidence and reconsider what they've done,'' Veldhuis said.

But every province that's hiked the minimum wage over the years has experienced more unemployment among young people or reduced hours, benefits and training for those who are hired, said the senior economist with the conservative think tank.

Veldhuis said that's the conclusion of various studies from the 1980s to 2006.

"Every single study in Canada, and these are academic studies published in peer-reviewed journals, whether it's Quebec, whether it's B.C., whether it's all the provinces, all increases in the minimum wage have resulted in negative effects, in job losses.''

He said only 2.2 per cent of British Columbia's workforce actually earns the minimum wage because competition for good employees means businesses pay more for those who are more experienced.

And most minimum-wage earners are young people who need the job experience and still live with their parents, he said.

Veldhuis said that after one year of earning the minimum wage, 60 per cent of workers go on to higher-paying jobs, and that after two years, that figure goes up to 80 per cent.

"If you froze the minimum wage, in the next couple of years you would have nobody in this province earning $8 an hour,'' he said, responding to critics who say such low wages increase poverty.

"If they think it will decrease poverty they're 100 per cent wrong,'' Veldhuis said of the wage hike.

Jim Sinclair, president of the B.C. Federation of Labour, said the government should have increased the minimum wage to $10.25 immediately instead of over a year.

He also slammed the Liberal government's decision to have a lower minimum wage -- like that in Ontario -- for liquor servers, whose minimum wage will top out at $9 an by May 2012.

"It's a form of discrimination, and we've always said there should be a minimum wage for everybody,'' Sinclair said. ``It's so low, it's even below the poverty level. Thank God they get tips.''

"Frankly, businesses don't carry extra employees. They're not charities, they're businesses and they're there to make money.''

Ian Tostenson, president of the BC Restaurant and Food Services Association, said he agrees that the minimum wage had to be increased.

"I think the industry generally feels OK with this. I think where they raise their eyebrows is with how quickly and how large it is.''

He said the restaurant industry has already been hammered by the HST and the general decline in the economy, and higher wages will mean more expensive meals for diners.

"We actually asked the government to go to $8.50 and then take a look at it in six months, with some review to say, `Can the economy, can the sector, absorb another increase?''

Tostenson said the industry would have preferred the minimum wage to stay at $9 an hour for all servers, whether they handle alcohol or not.

"Now the server will become the hostess and bus person so you end up paying the licensed server wage versus the non-licensed wage.''

Tostenson said the industry also wanted an orientation wage of $8 an hour to replace the repealed $6-an-hour training wage to offset training costs for two months.

Nunavut currently pays the highest minimum wage in Canada, at $11 an hour, and Alberta will now have the lowest at $8.80.