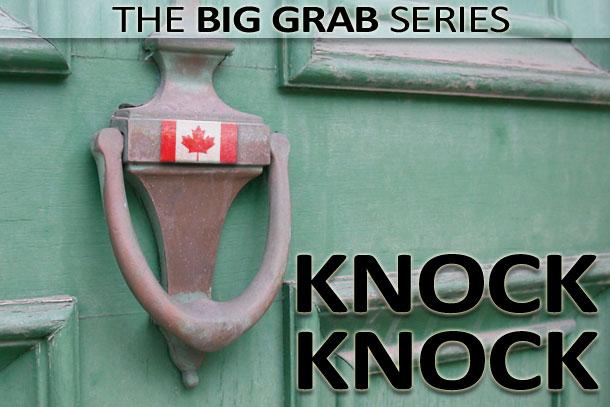 Ready or not, the low-carbon future is at Canada’s doorstep. And most Canadians have begun to embrace it.

Recent polling shows that solid majorities of Canadians, across all provinces and across all political parties, want their federal government to act on “very serious” climate change.

Majorities also support paying up to $50 a month in carbon taxes or cap-and-trade -- many times more than B.C. residents have been paying since 2008, when that province's pioneering carbon tax kicked in. And three-quarters of all Canadians have already joined a joint cap-and-trade effort with several American states, including California, whose economy alone is the size of Canada’s.

The Conservative government says “climate change is one of the most serious environmental issues facing the world today.” Prime Minister Stephen Harper committed the nation to matching U.S. climate-pollution cuts of 17 per cent from 2005 levels. As Harper and others have said many times, Canada’s economy can’t afford to be out of step with the U.S. on climate action.

”The integration of our economy with the United States means that Canada will be forced to limit industrial emissions to keep pace with U.S. action on the issue.”
– “Divided We Fail” report

The good news, according to Canada’s latest greenhouse-gas (GHG) inventory, is that from 2005 to 2008, the combined emissions of all the provinces -- except Alberta -- fell by 10 million tonnes a year. Most Canadians now see the threats and opportunities posed by climate pollution. Most are already taking action. And most want more action now.

Americans are doing even better

Unbeknownst to most Canadians, America under presidents Bill Clinton, George Bush and Barack Obama has been quietly but steadily removing climate pollution from their economy much faster than Canada.

In 1990, Canadians made the same amount of money per tonne of carbon dioxide (tCO2) as Americans. Not anymore.

Now, Americans make hundreds of dollars more per tonne, and the average American now takes home a $5,000-a-year bonus as a result. More than a third of the world’s clean-tech venture capital reportedly flows into California alone.

The gap between the U.S. and Canada in reducing both total CO2 and CO2 per capita has been widening for decades. The average American’s climate-pollution footprint has fallen over 20 per cent in the last decade and is now down to 1964 levels. In fact, Americans are already most of the way to meeting our shared target of a 17 per cent national cut by 2020. 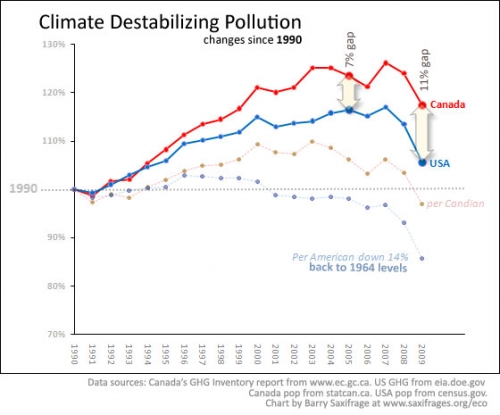 What many Canadians don’t understand is that Americans have been spurred on by a powerful, de facto “carbon tax”. It is not official -- but it is just as real as an official tax.