Party leaders could agree on release of controversial report before election day if Harper was willing, his opponents say 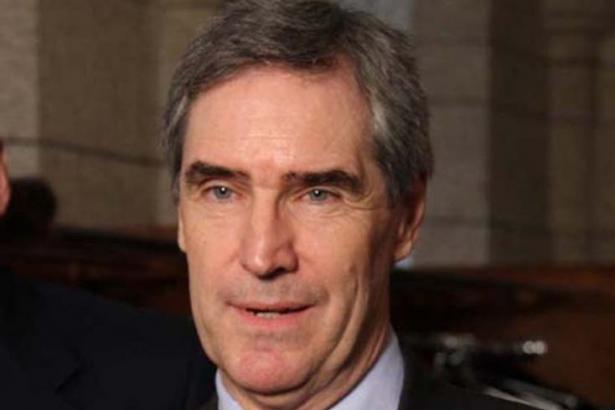 OTTAWA -- The Liberals have challenged Prime Minister Stephen Harper to release a controversial report that will show what the Conservative government knew about the possible torture of prisoners held in Afghan jails.

The judges now overseeing the documents have said it wouldn't be appropriate to release a report on their findings because Parliament has been dissolved, which means the informatiaon won't be made public before the May 2 election.

The Conservative party has issued a statement saying it's aware of the judges' position, but also that it "fully supports and, in fact, encourages'' release of the documents.

But that wasn't good enough for Liberal Leader Michael Ignatieff, who said Friday that he thinks party leaders could still "work something out'' that would see the documents released this week.

"It's not a question of us wanting to make the Afghan documents an election issue. That's not the issue to me,'' Ignatieff said.

"The issue is, Canadians ought to know this stuff. This is how democracy works. There's no reason to conceal these documents.''

The judges had been working with a committee of MPs who were due to get the report Friday. Those members are now busy campaigning for re-election.

"There is no longer a committee ... to which the panel can provide its report and the results of its work, and no documents can be tabled in the house,'' says a copy of a letter obtained by The Canadian Press.

The judges have essentially put the "ball back in the court'' of the parties, Ignatieff said, who is arguing that the Conservatives, Liberals and Bloc Quebecois could simply amend the original memorandum of understanding that they all signed.

Ignatieff called on Harper to "do the right thing'' and help the other parties have the documents released.

"We've been scrupulously careful to respect the legitimate national security concerns of our armed forces and all this,'' Ignatieff said.

"That's why we went through the process. So I don't think this does anybody harm. I think it does the country good.''

"I'm asking that it has to be public. Period,'' Duceppe said Friday, adding that he's tired of waiting for the documents and is pulling his party members off the committee.

Meantime, the latest dust-up over documents mirrors the controversy involving Auditor-General Sheila Fraser's report on spending at the G8 summit, which also trapped in Parliamentary limbo.

That report should be made public too, Ignatieff said.

"There ought to be a way to solve this thing, because we've got an election on the second of May,'' he said. "Canadians should be able to look at all these issues.''

The government's refusal to disclose the thousands of pages of Foreign Affairs and Defence Department reports prompted an extraordinary crisis in December 2009 where the opposition threatened to hold the government in contempt.

It was only resolved when the Speaker of the House of Commons told the parties to find common ground, which resulted in a committee being formed to review the documents and decide what could be released to the public.

In July 2010, a group of MPs began sifting through more than 40,000 documents related to the handling of Afghan prisoners.

The MPs were looking for documents relevant to the allegations of abuse. It was up to the judges to determine what contents, if anything, might threaten national security, international relations or the lives of Canadian soldiers.