And some are angry at the amount of humanitarian aid being funneled into what many are calling a rogue nation. 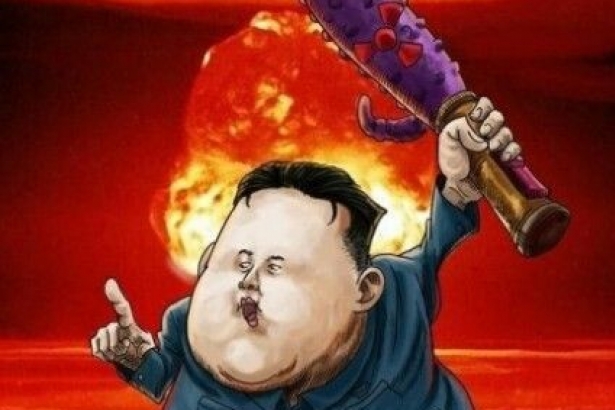 Chinese Web users are apparently fed up with North Korea, as a series of nuclear tests conducted just a river away Tuesday threatened to disrupt stability in the region.

Well over 93 million users on Weibo were discussing the test by 5 a.m. the next day.

And it all started with what people thought to be an earthquake. China Earthquake Networks Center detected that the epicenter of a magnitude 4.9 earthquake that rocked the Northeast Asia Tuesday was in North Korea.

Hours later, South Korea's defense ministry announced hours later that the tremor was the result of a nuclear test conducted by its neighbors to the North.

South Korea's President-elect Park Geun-hye had pledged to hold talks with Pyongyang officials, in an attempt to stave off armed conflict between the two Koreas -- which world maps, from both the North and South, often show as one undivided nation, as if to ignore omnipresent geopolitical threats.

Two more in North Korea's battery of tests, which aim to develop a viable nuclear weapon, have been conducted since the South's declaration Tuesday.

The last, most prominent indicator of the downfall of Sino-DPRK relations came last May, when 29 Chinese fisherman were taken hostage for two weeks by North Korean nationals, requesting ransom money -- it is still uncertain from Chinese media coverage whether the captors were North Korean authorities or civilians.

The event elicited a strong public outcry from North Korea's benefactors, particularly on the Internet.

Chinese online discourse on North Korea has been fueled by contempt in recent years, as China has become a burgeoning economic powerhouse and North Korea, a recipient of its charity. It wasn't always like this, but now it's not uncommon to hear North Korea -- once considered part of a Chinese-led last bastion of socialist rule -- described as a "small dog" or the "spoiled child" of the People's Republic.

Various commentators appeared upset that Chinese aid continues to go to North Korea. North Korea receives half of its overall imports from China.

"China just funnels a huge wad of cash into [North Korean aid] each year," wrote one user, "And it's not so North Korea will make trouble for us."

Others joked that the nuclear test was something akin to the firecrackers that Chinese use to celebrate the Lunar New Year -- a holiday that it shares with its Korean neighbors.

User Victor601 said the demo detonations and resulting earthquake were Pyongyang's way of keeping the custom of 拜年 (bainian, paying the traditional New Years visit to friends and family.)

Victor601 and countless other users posted this image along with the phrase: "North Korea sets off firecrackers to bainian to China." 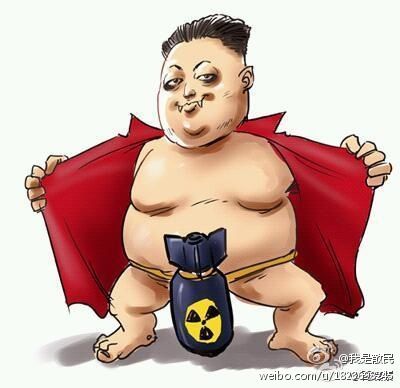