Beijing is onto the tricks of some of China's most cunning wordsmiths. 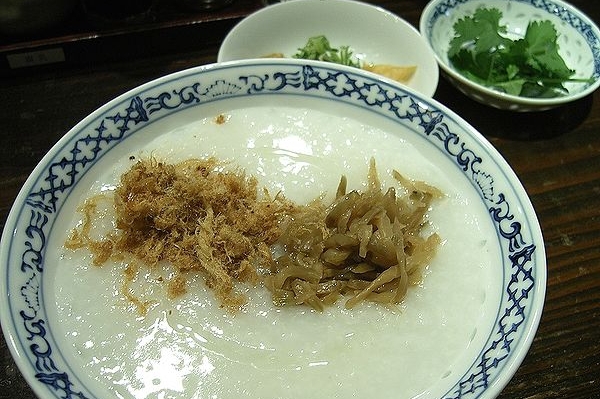 Southern porridge: A Chinese breakfast treat or a treason? (OpenCage)

Chinese Web-users can't even go looking for porridge on Twitter-like social media site Sina Weibo, in Beijing's latest gesture to crack down on a public outcry against the censorship of an independent newspaper.

In Mandarin, the word 粥（Zhou - first tone, porridge) is a homonym for 周（zhou - also first tone, week). Netizens writing about Southern-style porridge, at least until the term was blocked, may likely have been referring to Southern Weekend, commonly referred to by its abbreviated title 南周 （NanZhou).

Southern Weekend attempted to publish an editorial on New Years Day, calling for the government to tolerate more dissidence in the People's Republic. The editorial was censored and reportedly re-written into a work of praise for the Communist Party. The newspaper's staff went on strike and called for the resignation of a local propaganda bureau authority, enciting a public outcry of support for the well-respect media outlet.

Earlier this week, Beijing News (XinJing Bao), a government-owned publication implicated in the Southern Weekly affair caused a stir with a mysterious article on "Southern porridge," which offered a kind of cryptic support to its fellow publication based in Guangzhou, in China's Southeast. The piece reads like various dynastic-era Chinese poems, in which dissidents expressed grievances regarding the ruling power through witty puns and subtle digs.

"A bowl of piping hot porridge, brought in from the great South (...) seems to have a courageous heart," the story opens, poignantly. The story continues to describe the porridge as soup for the soul, in the heart of a harsh winter.

In recent years, Chinese netizens have famously used homonyms to overcome censors on the Internet. Various bans on the use of fowl language on the Net -- which in turn banned various forms of dissent -- resulted in an Internet meme that had people writing and even singing about Grass Mud Horses (草泥马 - cao ni ma). Cao ni ma is a homonym for a very common instance of profanity in Chinese society: 'f*ck your mother.'

In the past, Beijing has often overlooked various instances of dissent manifested in witty puns. It seems Southern porridge and the events surrounding the publication that inspired the pun have sufficiently scandalized authorities.

Beijing doesn't appear to have much faith in the Chinese netizen's English skills. You can still search Sina Weibo for "Southern porridge" in English. All four of the comments that appear as of 6:00AM Saturday are about Southern Weekend.

"The phrase 'Southern porridge' is censored? WTF," wrote user WenXunV -- the V likely standing for Vendetta. WenXunV's avatar is the masque popularized by V for Vendetta, the 2005 Hollywood blockbuster recounting a popular battle against an authoritarian regime, and further popularized by its use in the global Occupy Wall Street movement.

English doesn't seem to threaten Beijing much at all. A Chinese friend recently asked me to download a Chinese app called WeChat, which offers free international texting. The app has also blocked messages about Southern Weekend written in Chinese, but not in English, according to recent reports, highlighting the globalization of Chinese censorship.

Beijing may be hip to the games Chinese netizens are playing to circumvent its censors, but the message that pops up when one searches for sensitive information on Weibo offers a 'tip' that appears conscious of the cunning of Chinese wordsmiths.

Under the message notifying users that the search term "Southern porridge" is blocked is a message that entreats users to find a different way of phrasing the request and trying again. They always do.

SinoFile is The Vancouver Observer's daily blog on Chinese affairs, including analysis of the nation's business, politics and society, with a focus on international media coverage, Chinese and foreign social media and original interviews with China's movers and shakers.