A First Nation is trying to stop Chinese history from repeating itself -- in Canada. 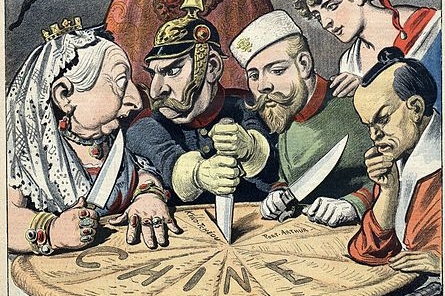 Colonial powers divided China through a series of 'Unequal Treaties' in the 19th and 20th centuries. Is Canada next?

A BC First Nation aims to prevent Ottawa from signing a trade agreement with Beijing that may put Canadian national sovereignty where China's own autonomy was in the mid-1800s.

The Hupacasath First Nation believes the treaty – slated to protect investors' rights for the next 31 years – would infringe on their existing aboriginal right to resources.

Chinese sovereign wealth fund The China Investment Corporation (CIC) is in negotiations to buy a 12.5 percent stake in BC-based Island Timberlands, in what Hupacasath Councillor Brenda Sayers told The Vancouver Observer would encroach on the Nation's territorial rights.

Chinese-owned BC land harder to protect

“From a First Nations perspective, if the Chinese company should purchase what they are looking at with Island Timberlands, and if FIPA is signed, it'll be more difficult to protect our sacred sites, water sources, fish-bearing streams,” Sayers said.

But the Hupacasath aren't just concerned with themselves.

“This is about Canadians as much as First Nations – that's the approach we're taking,” Sayers said, explaining that a deal preventing Canadian authorities from harming Chinese business deals would enable the overseas enterprises to bring in their own workers – potentially affecting Canadian jobs. It would also ramp up the extraction of natural energies, with little regard for environmental impact as the owners would be based elsewhere.

Analysts have cited an unspoken inequality of the Canada-China FIPA and Chinese gestures to buy into Canadian energies: even if China's CNOOC was recently approved to buy Canada's Nexen energy company, Canadian investors would likely never be allowed to buy into the Chinese state-owned enterprises pushing for a chunk of Canadian natural resources.

In the mid-1800s, China under the Qing Dynasty signed a series of “Unequal Treaties” with Western powers – to include the United States – and Japan. The treaties, the result of foreign aggression, were essentially trade agreements that reduced China into a para-colonial playground for international business and geopolitical interests.

Of course, the Unequal Treaties did not serve to benefit China -- Although Canada would surely benefit from Chinese cash inflows, Ottawa's prospects of buying into Beijing's business in kind are slim to none.

Extraterritoriality was also a key feature of the Unequal Treaties – The idea that foreigners in commercial port cities were not beholden to Chinese law, but rather their respective consular authorities.

In 2013, it seems the tables have turned and a Western country is legislating extraterritoriality for an Eastern business interest, as FIPA aims to legislate that Chinese companies are not beholden to Canadian laws that prejudice their interests.