The demise of the African forest elephant as seen from Vancouver

Elephants symbolize Africa. They once roamed the continent from top to bottom. Although their numbers fell during the 20th century, zoologists don’t really know how many elephants once inhabited Africa or even exactly how many still live there. Compared with the elephants of savannas, such as the Serengeti plain of east Africa, the forest elephants of Central Africa are even less well understood.

Wealthy tourists are willing to spend large sums to see African elephants in the wild, but the sad fact is that live elephants are worth less than dead elephants. Ivory remains a coveted commodity, especially in Asia. International trade agreements seemed to be effective, at least for several decades, in slowing the decline in elephants, which exist now mostly in protected parks. But forest elephants have not fared well in the past decade, and other elephants are in trouble too.

A team of researchers led by Dr. René Beyers, a UBC zoologist, has studied the forest elephants of the Congo basin. “The impact of civil conflict on elephants in the Democratic Republic of Congo: the case of the Okapi Reserve,” published in Public Library of Science suggests that a combination of political chaos in Central Africa and demand for black-market ivory in Asia led to a decimation of forest elephants during a 10-year period. I met with Dr. Beyers near his home on the UBC campus to discuss the findings.

You’re Belgian and you lived and worked in Africa before coming to UBC for your Ph.D. work. How did you become interested in African elephants?

In the 1970s and 1980s, the African elephant population was almost halved because of widespread poaching. The Convention on International Trade in Endangered Species (CITES), effectively banned ivory trade which stopped the poaching in many parts of Africa. In about 1997, CITES decided to allow three southern African countries to sell existing ivory stockpiles that they had acquired by confiscation or culling of herds to Japan. Conservationists were concerned that this would re-stimulate the ivory market and illegal ivory trade. As a consequence, a condition of allowing the sale of stockpiles was monitoring the impact of that decision on elephant populations and poaching in Africa and Asia. I was working for the European Union on a conservation project in Gabon when the CITES monitoring projects were just getting underway. A colleague and I helped establish elephant monitoring in Central Africa including Gabon, Democratic Republic of Congo, Central African Republic and Cameroon.

Can you describe the survey that led to your publication on elephants in Central Africa?

As part of the CITES monitoring program, we selected several Central African sites with protected elephant populations. One of them was the Okapi reserve in DRC, a protected rainforest where surveys had been done in the early 1990s. We saw this as an opportunity to compare elephant populations at several points in time. But DRC was entering a time of political turmoil.

Our team did an initial survey in the Okapi reserve in 2000. Then the civil war in DRC began, and in 2002 to 2004, poaching escalated because of intense fighting. The Okapi reserve was a very unsafe place, and government conservation personnel fled. Credible witnesses reported massive ivory smuggling. We were able to re-enter the reserve starting in 2005 to complete more surveys. The fighting was over and anti-poaching sweeps reduced the elephant killing, but unfortunately poaching has resumed in recent years. Wildlife guards have been and are still being killed by poachers in the Okapi reserve and other parts of DRC.

A taste of Egypt's new culinary movement and what it means for the ever-changing revolutionary nation
Nancy SalemFeb 1st, 2013 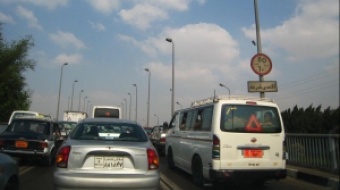 Train, car crashes and a building collapse lead Egyptians to wonder who's watching out for them.
Nancy SalemJan 26th, 2013 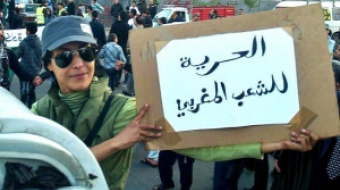 A voice of Morocco's democracy movement speaks to VO the day before her trial.
Massoud HayounSep 19th, 2012
Speak up about this article on Facebook or Twitter. Do this by liking Vancouver Observer on Facebook or following us @Vanobserver on Twitter. We'd love to hear from you.