Several tarps and tents were removed in Vancouver and one man was arrested in advance of Wednesday court date. 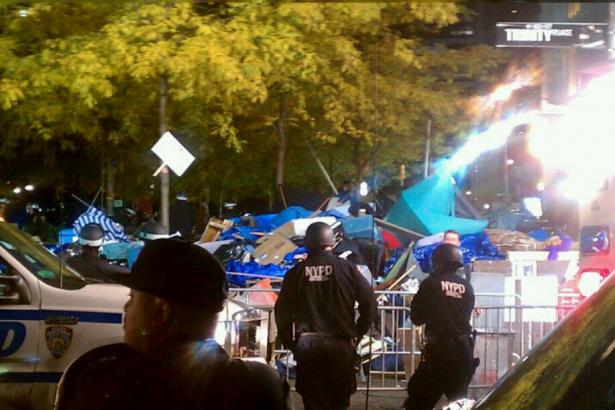 Vancouver protesters reacted angrily, only to see police visit their own downtown encampment to remove several tents and tarps in advance of Wednesday's court hearing to determine the fate of the local camp.

One man was arrested nearby the Vancouver Art Gallery site after he sat in the middle of the Howe and Georgia streets in protest of the cleanup.

In New York, the mayor's office sent out a message on Twitter at 1:19 a.m. ET, saying: “Occupants of Zuccotti should temporarily leave and remove tents and tarps. Protestors can return after the park is cleared,” according to the New York Times. Shortly after, authorities came to evict protesters out of their tents. Around 150 individuals have been arrested so far.

“The first time that we saw the police move in on Oakland, I felt a real sense of personal attack,” said Lauren Gill, who has organized with Occupy Vancouver since it began. “These movements are so connected -- you can't separate them. The second that any occupation is cracked down on, it feels like our movement's being brutalized.”

"This was an act of pure criminality -- unannounced, unanticipated, unacceptable," said Danielle Lee Williams, an organizer with Occupy Vancouver.

"They teargassed the kitchen, threw out all the books, used knives to rip through tents, and used extreme force against protesters."

"The more force they use, the more numbers will turn up. The powers that be know we have something real here, and they are attacking the headquarters to make a point."

On social media, people have been discussing what the implications of recent development could mean for activists.

"What's going down in NYC right now is what's going to happen in #OccupyVancouver soon. They have blocked mainstream reporting in NYC." tweeted @findchico.

Meanwhile, some expressed hope that the clearing of tents at Occupy Wall Street would lead to similar police actions at the Vancouver Art Gallery.

"#OccupyJail starting in NYC. I hope the NYPD remain safe as they remove the illegal campers. End of #OccupyVancouver is soon," said Dave Teixeira.

For more on Toronto and the scene across Canada, click here. 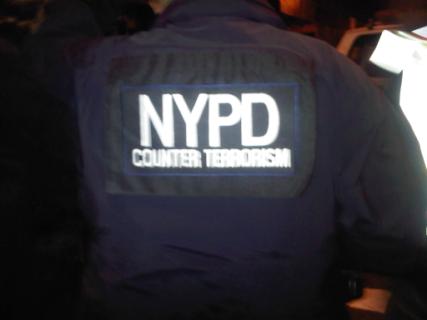 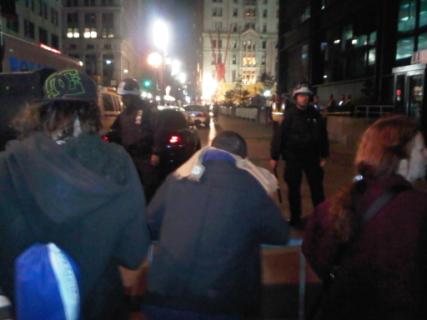 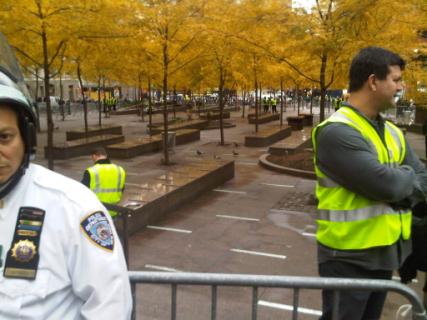 Zuccotti Park at around 8 a.m. ET