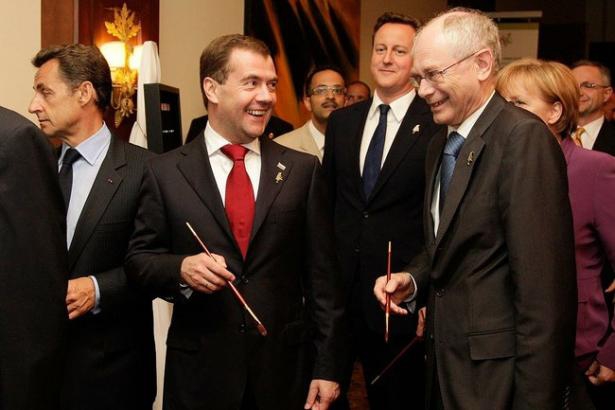 As debate continues on the millions spent for security to host last year's G8 and G20 summits in Ontario, a highly critical RCMP report detailing problems with providing security for the rural, cottage-country venue for the G8 has surfaced.

Canadian Press has the details:

"It must be underlined that the location for the G8 was sub-optimal from a security perspective,'' says the 353-page draft report completed in late May.

The hilly, wooded terrain around Huntsville, Ont., featured not only excellent vantage points for gunmen, but also covered approaches for intruders, and problematic land and water routes leading in and out of the area, found the review released to The Canadian Press in response to an Access to Information request.

In addition, the decision to host the G20 Summit in Toronto immediately afterwards "added a significant planning challenge'' that prompted a "complete re-examination of the G8 Summit security'' due to limited resources, says the review.

Security for the G8-G20 events in late June 2010 involved over 20,000 personnel from across the country and a budget of $930 million -- the biggest domestic security operation in Canadian history.

Disclosure of the RCMP's security concerns about the Muskoka G8 venue follows an auditor general's report that said the federal government "did not clearly or transparently'' explain how $50 million was going to be spent in the region, home to senior cabinet minister Tony Clement. Money went to projects such as a gazebo and public toilets, often many kilometres from the visiting leaders.

In Toronto, more than 1,100 people at the G20 were taken into custody -- the largest-ever mass peacetime arrest in Canada -- and there was extensive damage to shops and vehicles in the city's downtown, which briefly came to resemble a war zone.

Many protesters complained of police violence, threats and mistreatment while in custody. Only a small number of those arrested have actually been convicted.

The RCMP's draft "After Action Report'' makes only passing mention of the "public order responses in Toronto and challenges in budget forecasting,'' and proclaims the security operation a success given that world leaders were able to meet "in a safe and secure environment.''

The integrated security unit composed of RCMP members and officers from provincial and municipal forces achieved its "mission/aim and all of the strategic objectives with no loss of life, serious injury and relatively minor damage'' says the review.

The detailed report examines the security unit's performance in areas ranging from motorcade processions and air operations to covert operations and use of social media with an eye to applying lessons to the next major event.

- Information and file sharing was "an extremely problematic issue'' that was never fully resolved;

- Six undercover teams -- two in Huntsville and four in Toronto -- monitored protests to provide information on any criminal activity;

While the RCMP considers its efforts at the summits a success, "we also recognize that negative images involving violent protesters and anarchists are still vivid in the memories of those involved,'' said Sgt. Julie Gagnon, an RCMP spokeswoman.

The Mounties are co-operating fully with various independent reviews, including the one being completed by the Commission for Public Complaints Against the RCMP, she said in an emailed response to questions.

The RCMP watchdog announced last November it had launched a public-interest investigation into policing of the G8 and G20 meetings, one in a string of probes by different bodies.

The complaints commission said recently it had made "significant progress'' in its study focusing on the RCMP's role in planning, intelligence operations, public order units and arrests.

Despite the high number of arrests during the G20, those by RCMP members were in the single digits, the commission noted.

While municipal police officers carried out most of the frontline security duties, the RCMP was the lead player in planning and co-ordination.

The complaints commission said it was consulting with other police oversight agencies to ensure "issues of public concern are fully reviewed and addressed.''

Earlier this year a Commons committee reprimanded the government for holding the two summits in different locations, and condemned the millions spent on infrastructure in Clement's riding.

The MPs recommended the government hold multiple summits in the same location in future to avoid duplicating costs.

They also suggested Ottawa seek out locations across the regions where permanent event and security facilities could be built for large-scale events.